Introduced himself to the former Liverpool striker.

Festy Ebosele became only the fourth ever Irish player to feature in as Serie A game, on Saturday, when he came on for Udinese in their 4-2 defeat to AC Milan.

The Wexford native moved from Derby to Udinese, in the summer, and is now in a squad that contains the likes of Filip Benković, Beto, Isaac Success and Gerard Deulofeu, as well as fellow Irishman James Abankwah.

END_OF_DOCUMENT_TOKEN_TO_BE_REPLACED

After a couple of pre-season outings to get used to his new teammates, Ebosele was named on the Udinese bench by manager Andrea Sottil as he took his side to the San Siro for their opener against last season's champions.

Ebosele made 35 appearances in the Championship, last season, but will have backed himself to cope well with the step up to top-flight football. Of all the places to make one's Serie A bow, it does not get better than the San Siro, nor tougher against the reigning champions. 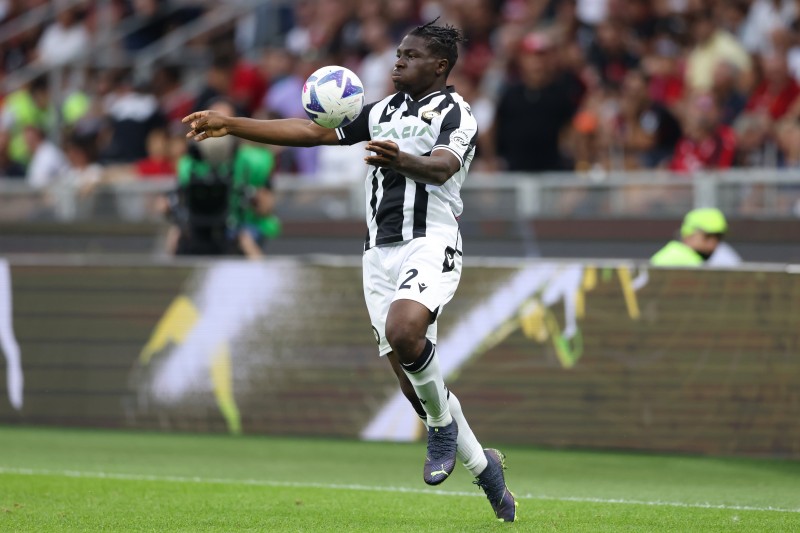 Festy Ebosele of Udinese Calcio controls the ball during his Serie A debut at the San Siro. (Photo by Jonathan Moscrop/Getty Images)

END_OF_DOCUMENT_TOKEN_TO_BE_REPLACED

Udinese were undaunted in the early stages, though, as they jumped into a 1-0 lead. Theo Hernandez and Ante Rebic responded to put Milan 2-1 up, but Adam Mesina equalised in first half injury time. Brahim Diaz restored the AC lead, early in the second half, and another Rebic goal sealed victory.

Sottil made a raft of changes as he tried to find a way for Udinese to get a late goal that could put pressure on Milan, with Ebosele coming on for the final 10 minutes. He did not take long to introduce himself to former Liverpool forward Divock Origi. 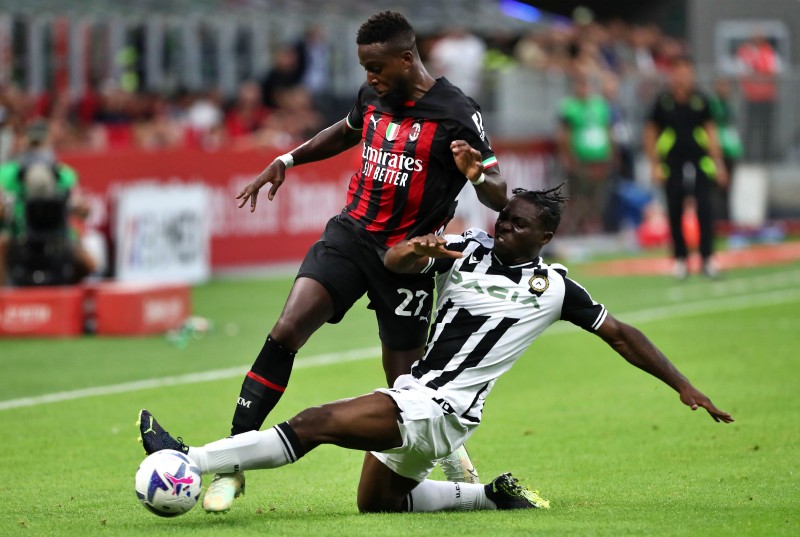 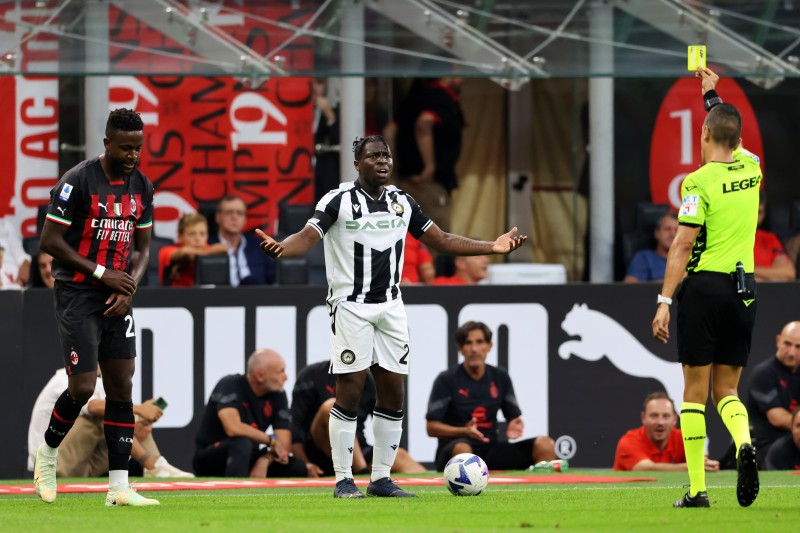 Festy Ebosele of Udinese Calcio is shown a yellow card by the referee Livio Marinelli for a foul on Divock Origi of AC Milan. (Photo by Jonathan Moscrop/Getty Images)

The Belgian forward was running down the right wing, late in the game, when Festy Ebosele hared over to try win back possession. He did get the ball, but not before going through Origi.

Ebsole protested his innocence but he went into the referee's notebook as AC Milan closed out the game to start their Serie A campaign with a 4-2 victory.

Up next for the 20-year-old from Enniscorthy, and his teammates, is a home tie with a Salernitana side that open their league season against Jose Mourinho's Roma.