Wayne Rooney heaped the praise on Ireland Under-21 international Festy Ebosele after his starring role in Derby County's win over Hull City.

Ebosele scored a goal and recorded an assist in the 3-1 victory on Tuesday night. His performance caught the eye of his manager and could also lead to a senior international call-up for Ireland. 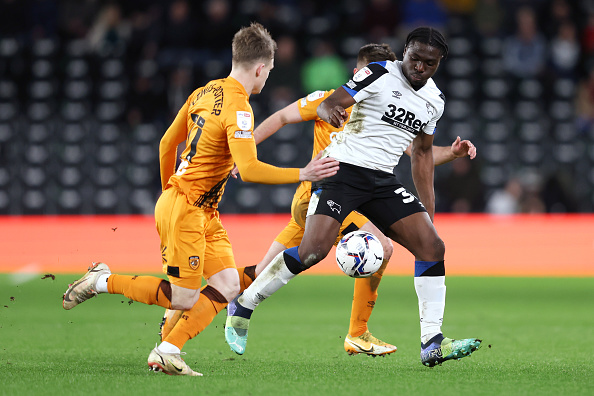 END_OF_DOCUMENT_TOKEN_TO_BE_REPLACED

"He has got so much," Rooney said about Ebosele.

"He has still, obviously, got a lot more to learn and a lot of improvement to make but you can see his development since the start of the season.

"Not just technically - he is raw and quick and can beat a player - but his fitness levels have improved massively as well. It is a credit to how he has been training."

END_OF_DOCUMENT_TOKEN_TO_BE_REPLACED

Ebosele, 19, has been strongly linked with a move to Serie A side Udinese following his impressive performances for the Rams this season.

He will, however, be a key part of Rooney's team until the end of the season at least as they seek to avoid the drop into League One.

Ebosele, who is from Enniscorthy in Wexford, joined Derby from Bray Wanderers in 2018.

He can play at right-back and on the right-wing and appears to have staked a claim to be in Stephen Kenny's Ireland squad for the March friendlies against Belgium and Lithuania. 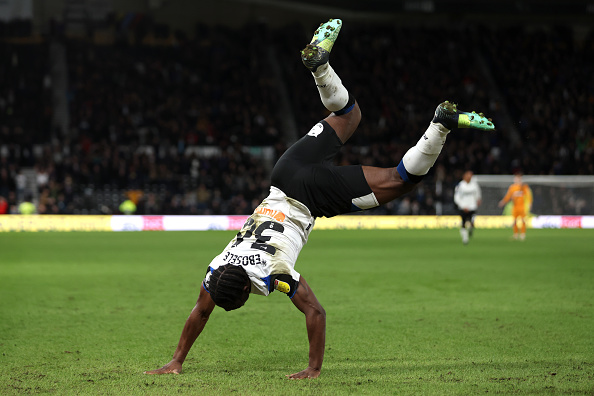 The win leaves Derby four points from safety in the Championship and gives them a fighting chance of remaining in the division despite a 21-point deduction.

Derby currently sit 23rd in the table with 18 points,  four points from safety and Reading in 21st spot.

Rooney was pleased with his team's efforts as the Rams hope to avoid the drop.

“I’m really happy and I thought the performance was very good. I actually didn’t feel we started that well in the first 10 minutes, maybe, but then after that, we grew into it." 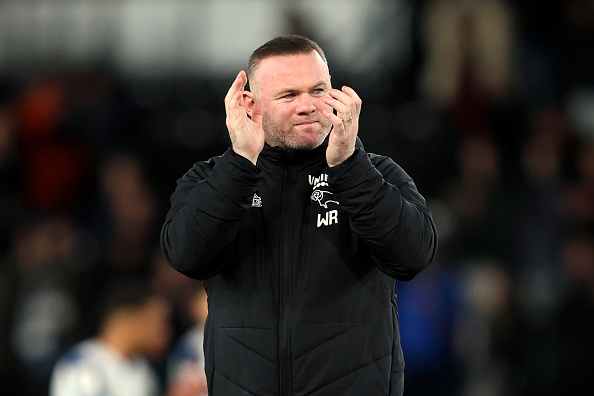 “We felt we could cause them problems down the sides and we did that," Rooney said.

"We asked Festy Ebosele to stay out wide and to try and isolate them and get into one-on-one situations; we did that brilliantly."

“With a bit more care with the final cross and final pass we could have got a few more goals, but I thought it was a very good performance overall.”


popular
Sean Dyche set to be named Everton manager after Marcelo Bielsa talks break down
Roy Keane flatly rejects longstanding perception of ex-Man United midfielder Paul Ince
Allianz National Football League Round 1: All the action and talking points
Roy Keane leaves ITV pundits in stitches after Pep Guardiola's pre-match interview
Conor McGregor hit by car ‘at full speed’ while cycling
Study shows rugby positions you are most/least likely to be injured playing
Quiz: Identify these 15 football clubs that are not named after a place
You may also like
1 month ago
Roy Keane cracks ice cold Ireland joke after France lose World Cup final to Argentina
1 month ago
Ireland reportedly line up Lee Carsley as next national team manager
1 month ago
Talksport presenter puts Martin O'Neill to the pin of his collar over Declan Rice and Jack Grealish
1 month ago
UEFA fine FAI €20,000 for Ireland dressing room song
1 month ago
The 10 England World Cup footballers who could have played for Ireland
1 month ago
Shay Given on how far Ireland could've gone at the 2002 World Cup with Roy Keane in the team
Next Page