For a lad who's meant to be down in the dumps, broken by injury, bad breaks and a longing for Mick McCarthy, Jack Byrne is holding up well on the other side of the world.

Better than well, in fact. We chatted to a cheerful Dubliner from his apartment in Cyprus and even though his first season is getting away from him there, the air sings with quiet greetings.

It's all 'story pal, what's the craic? Or 'long time no chat bud, ya keeping well ya are?' If you're looking for sob-stories, well, you can stay looking. 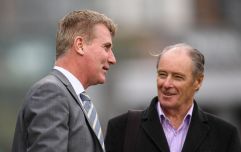 END_OF_DOCUMENT_TOKEN_TO_BE_REPLACED

What's there to be upset about? From the outside looking in, Mick McCarthy was the man who brought him here but within two days of Byrne's arrival, the veteran manager had a one-way ticket home. Not ideal.

Five games later and Byrne's own season was over. A back injury requires surgery and he's looking at three months out, his chances of featuring in Ireland's World Cup qualifiers most definitely, gone with the wind. Adding to the gloom, perennial champions Apoel are flying low in a relegation dog-fight and as for Covid, well, Cyprus is no New-Zealand-esque tomorrowland either.

Enough to put years on you? 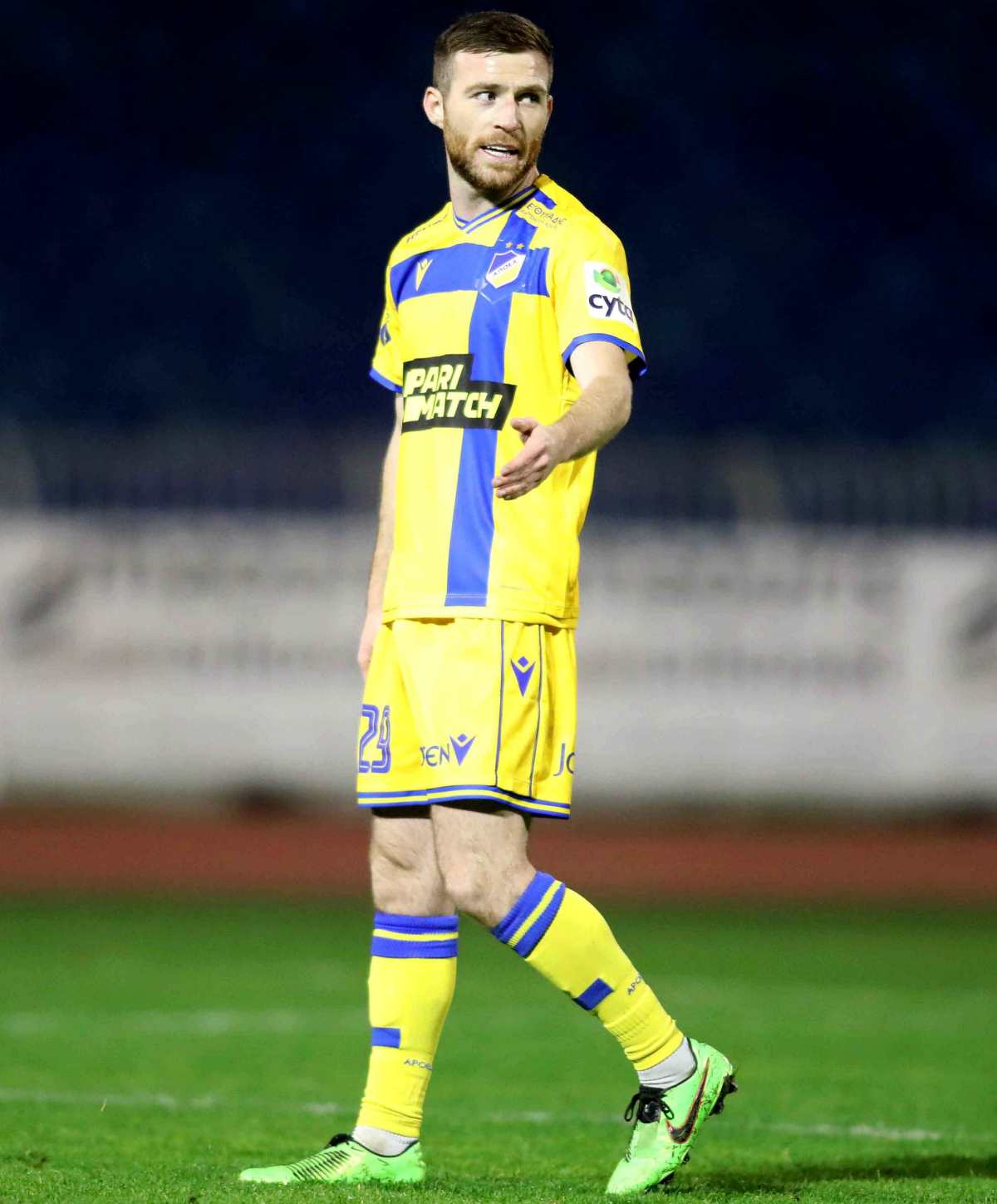 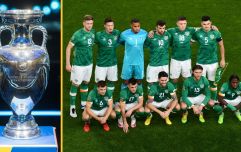 END_OF_DOCUMENT_TOKEN_TO_BE_REPLACED

"I am still a young man," Byrne re-assures us with a smile.

"Waking up in the morning in shorts and a t-shirt rather than a big jacket and a hat!"

"I have my girlfriend over here now. We just do normal things, stuff you’d do at home, going out, the weather is obviously nice, you can walk about and get a coffee. 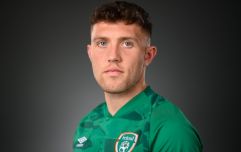 END_OF_DOCUMENT_TOKEN_TO_BE_REPLACED

"Being out here, in a huge club like APOEL, gives me the opportunity to hopefully play European football and win league titles because that is what this club is used to and they don't accept anything less. It comes with the pressure of having to be at your best most weeks and having to win every game. That's what I want. That is the challenge I was looking for."

It's the challenge that still excites him. Jack Byrne has a lot of time for Mick McCarthy but make no bones about it, he doesn't need him.

"I'd been speaking to the club and the president here and I got really good vibes off them. It wasn't just Mick. Mick was obviously a factor, a big factor in me coming here as he was the man who gave me my international debut.

"But coming here, I knew that in football, You'll probably never have the same manager for longer than two or three years and that's just the nature of the game. It wasn't a big issue when Mick was sacked because I knew the conversations I had with the club before I came out, and the length of the contract which is two-and-a-half years, that showed the faith and that the club wanted me here. It didn't really matter who the manager was."

Having swapped Dublin for Holland at 19, Byrne has form and experience for taking a risk and embracing a challenge. You'd have to admire the get up and go in him.

"I did it before, I did it when I was 19 when I went to Holland, and I went there on me own, and it was probably the best year of me life. When the decision came to come here, I knew it was going to be similar to that, it was going to be a new experience, hopefully it goes well, if not you’re going to learn something, you’re going to learn a new way of life, know what I mean, there is no bad news that can come out of it, just approach it with a different mindset and hope it all goes well..."

As for the injury, the back came against him and there was nothing he could do about it.

"I played the first couple of weeks but it just got a little too sore to carry on. I'm just trying not to do too much too soon. I want to come back from this and not to have a recurrence of the injury, I want this to be the end of it..."

At the weekend, Byrne's Apoel teammates showed their support for him by holding his jersey aloft during a goal celebration. The language barrier is being overcome and this man feels there's life in the Cyrpiot dream yet.

"It just shows the group of players we have. I'm the type of player that even if I'm not playing or injured, I will always support my team-mates because they are a massive part of me being here. You feel like you're part of a family and that's what I want. I couldn't speak highly enough of the lads here.

"They don't speak the best English but you're still having the banter and craic with them and they are starting to understand me and my personality and I'm starting to understand them. It's been really enjoyable. I've only been here a couple of months but I've made some really good friends and met some great people. It was a nice gesture that they would do that for me as I haven't been here that long." 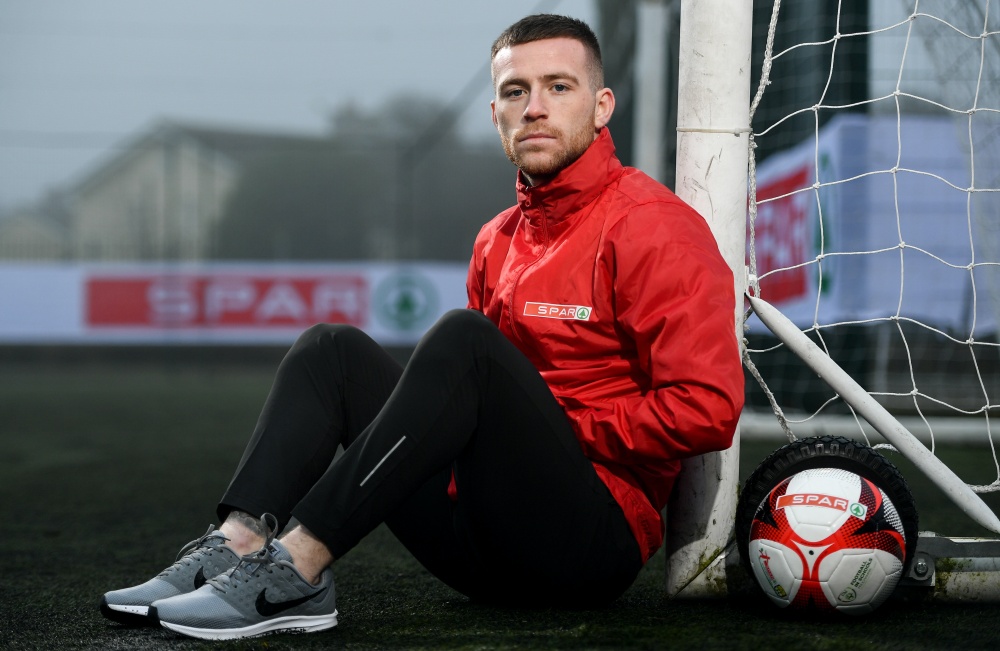 SPAR FAI School Zone was launched today by current Republic of Ireland footballer, Jack Byrne, and current Republic of Ireland women’s footballer, Amber Barrett (delete as applicable). SPAR FAI School Zone is a new digital learning initiative that has been designed by the FAI and sponsored by SPAR for teachers and parents of primary school children in 4th, 5th and 6th class offering interactive and engaging lesson plans designed with both the classroom and home schooling in mind. Register SPAR FAI School Zone for today at: https://www.fai.ie/domestic/spar-fai-school-zone/register