Beauty comes in many forms...

As Lionel Messi and Cristiano Ronaldo, aged 32 and 34 respectively, reach the twilight of their careers, talk among football fans has understandably turned to what happens next.

Two of the greatest players to ever take to a football field are, whilst still phenomenal, arguably beyond their prime, and so we are left to remember the good times, savour the moments we have left with them, and ponder who - if anyone - will carry the baton into the future.

This sort of contemplation is expected, and indeed natural when what feels like a once in a lifetime phenomenon nears its end. But there is another in football which has not gained anywhere near as much attention.

At 33 years old, Sergio Ramos can, like Messi and Ronaldo, see the end of his playing days on the horizon. He's spent more than a decade as one of the world's premier defenders and held the crown as number one shithouse for almost as long.

But while it's hard to see a true and worthy successor to the aforementioned pair's legacy - aside from perhaps Kylian Mbappe - there was a moment during Sunday night's Supercopa de España that gave us reason to believe that the world of football shithousing will be in safe hands for years to come.

On the off-chance you've been undergoing some kind of social media detox, prior to which you felt the need to inform your loyal followers that you're "logging off for a while", that moment is featured below.

Federico Valverde should get a statue outside the Bernabeu for this. Possibly the greatest professional foul the game has ever seen pic.twitter.com/lrraoLQA6n

Super Cups, much like the Community/Charity Shield in the UK, are inherently pointless affairs. Featuring the league and cup winners of previous years, surely these games meant something at some point in history. 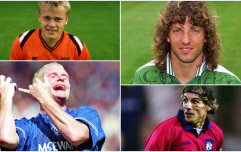 END_OF_DOCUMENT_TOKEN_TO_BE_REPLACED

But that meaning went out the window the minute the Royal Spanish Football Federation and the Italian Football Federation decided that those matches would be better served if they took place in Saudi Arabia's King Abdullah Sports City and King Saud University Stadium, rather than say... oh, I don't know, Spain and Italy.

Nobody, however, appears to have delivered that message to Real Madrid midfielder Fede Valverde, who approached the match as if his livelihood, and indeed his life, depended on it.

The pivotal moment came with just five minutes left in extra-time, when a Real Madrid corner resulted in their bitter rivals Atletico Madrid breaking up the other end of the field.

Alvaro Morata, recipient of a through ball, sprinted like a FIFA player with a broken R2 button until he was mere metres away from the goal. Here was his chance. His chance to silence the doubters who question his ability and mentality. He was about to score the winner against Real Madrid to win the Super Cup.

Then he was scythed down in the most beautifully disgusting act seen on a football pitch in years. It was disgusting only in the most literal definition of the word. It provoked disgust from many, including the Atletico players, who reacted like a group of men who haven't spent years being taught the dark arts by Diego Simeone. 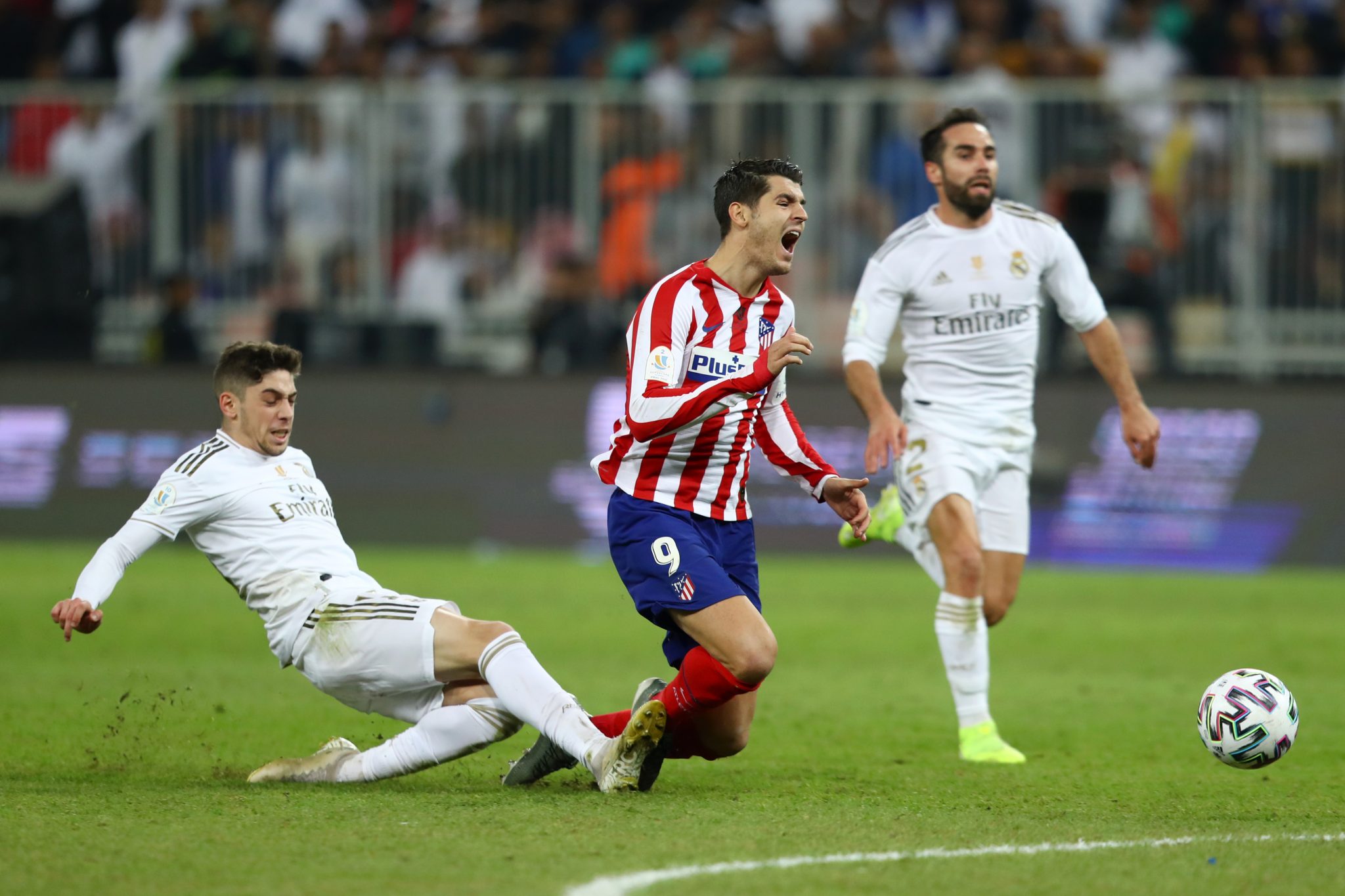 But it was beautiful in a number of ways. The position on the pitch, how it was simultaneously precise and reckless. Particularly beautiful was how Valverde clearly wasn't content with getting one kick in with his left foot. He should have been - Morata was already falling - but instead he chose to get a deciding kick in with his right just to ensure the dirty deed was done.

Valverde, through the entire fallout, just stood there. He was aware of his fate, and he accepted it. He did not protest. He probably even let out a bit of a smile. He was given his marching orders and walked off the pitch, aware that his was the greatest contribution to this match regardless of any punishment handed down.

And it was, as Madrid would go on to the win the resulting penalty shoot-out, as they tend to do against Atletico. It was fitting that the winning penalty would be scored by Real's current shithouse general Sergio Ramos, a man who on balance has probably done more for shithousery in sport than anyone. Ever.

He has made it what it is today, and his influence is clearly rubbing off on his teammates, so for him to be the one to crown a victory made possible by an act he would have been immensely proud of just felt right.

When all is said and done and history looks back upon this match, it will not be the winning penalty or its scorer that will be remembered. No. History will remember only one thing: Fede Valverde haring back to boot Alvaro Morata in his ankles. Twice. And on purpose.

popular
If Twitter was around for 1994 Hurler of the Year farce, it would have been pure carnage
Alex Ferguson's dismissive comments confirm truth about Jordan Henderson
The SportsJOE 12 o'clock quiz | Day 286
QUIZ: Can you name the Scottish football cult heroes?
Wayne Rooney story about Memphis Depay shows why he failed at Manchester United
QUIZ: You have 30 seconds to answer this one tricky football question
"There were some tough battles but I was happy to test myself against the best"
You may also like
16 hours ago
Mesut Özil all but confirms Arsenal exit with not so cryptic tweet
18 hours ago
QUIZ: You have 30 seconds to answer this one tricky football question
18 hours ago
QUIZ: Identify which of these 50 footballers played with Wayne Rooney
1 day ago
Sam Allardyce criticises 'nonsense' of government interfering in football
1 day ago
A documentary about Pelé is coming to Netflix next month
2 days ago
Spartak Moscow troll Celtic over controversial trip to Dubai
Next Page