Evan Ferguson has done it again, this time coming off the bench for Brighton to find a late equaliser against Leicester City to send the panel on Soccer Saturday bananas.

The score was 2-1 to Brendan Rodgers' side before the young Irishman came onto the pitch and his impact was pretty much immediate.

The way he can hold up the play, get physical, cause havoc in the box and panic opposition defenders Maes him such a dangerous weapon for Brighton. 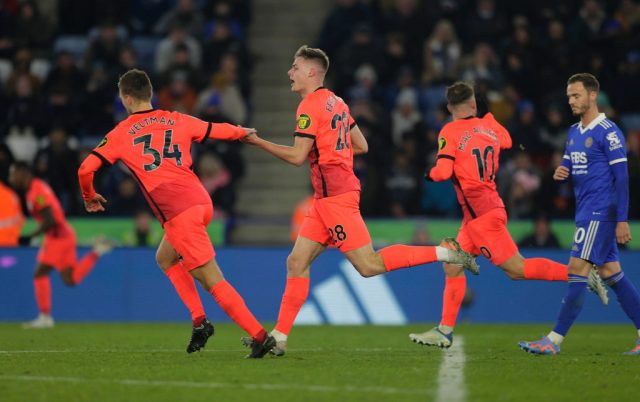 END_OF_DOCUMENT_TOKEN_TO_BE_REPLACED

At just 18 years old, the teenager has now registered two goals and two assists in his last three appearances, and although we always try to play it cool with young Irish prospects, it's hard not to get excited about this one.

It isn't just those in Ireland who are getting Sykes about the Bettystown native, even the panel on Soccer Saturday could hardly contain him selves when he scored that late header.

"What a great header this is from Ferguson," said Kris Boyd. 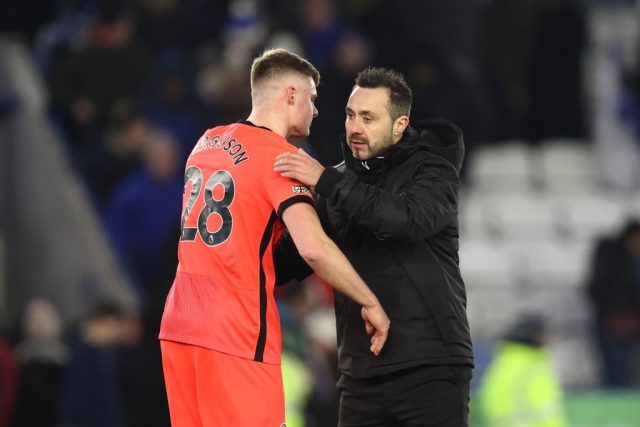 "It's great play down the lefthand side from Estupinan, who fires a great ball in. He has no right to score from here by the way, what a header it is!

"He's well outside the six yard box, he's closer to the penalty spot and he just fires it away into the bottom corner. It's an unbelievable header...

"What a header it is. Away from Danny Aard and into the bottom corner."

Brighton are back level after an unbelievable header from the 18-year-old 👏 pic.twitter.com/tJw9La1ukQ

"You lot all said why he had been left out and Danny Welbeck was in the side, I said he should be starting," joked Jeff Stelling.

"It is a wonderful goal. What a find that young man has been, Evan Ferguson. He doesn't look 18, he looks 28."