Erik ten Hag has taken control of the Manchester United youth teams in a bid to continue the club's proud tradition of developing young talent.

The Dutchman has also decided against keeping Martin Dubravka on loan at Newcastle United. The Slovakian moved to Old Trafford in September on a season-long loan but played only two League Cup games. Newcastle have opted to end his loan early, and United did not quibble. 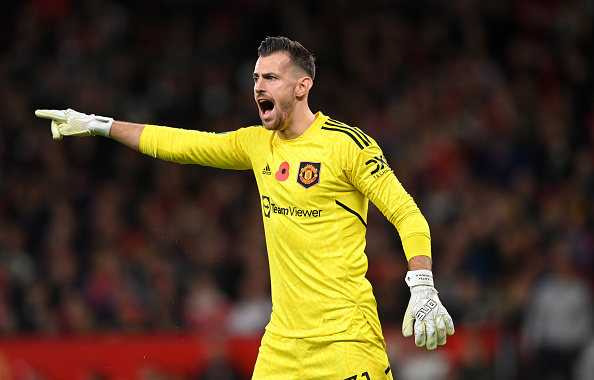 As well as agreeing to that, Erik ten Hag has insisted on having a level of control of the Under-23's as part of his negotiations when joining from Ajax last summer.

END_OF_DOCUMENT_TOKEN_TO_BE_REPLACED

The Dutch boss has been working closely alongside Under-23's manager Mark Dempsey and coach Paul McShane but ultimately has the final say on team selection, game time and even player position.

United have been one of the leading sides for integrating younger players and have had a home-grown player in every match day squad since October 1937.

'That was the only way I could have influence' - ten Hag

Describing how his role works, Erik ten Hag said: "Like at Ajax, when I entered Manchester United the reserve team was isolated.

"It was no longer really part of the academy, but it wasn't part of the first-team either. I changed that immediately - just as I did when I entered Amsterdam.

"At Ajax, the reserve team came under the personality of the manager. That was the only way I could have influence on the flow of young, talented players towards the first-team.

"Of course, I still give the coaches freedom to work, but I also give them direction, by saying for example, 'I want that player to start making minutes in that position.'

"So the final responsibility lies with me about how the second team performs and the flow of players that goes from the reserve team to the first team."

Alejandro Garnacho and Anthony Elanga are the latest to find themselves in the first team on a regular basis after their exemplary performances at youth level.

United's Under-23 side are currently 11th in the Premier League 2 table at present - winning just one of their 12 games, drawing seven in total.