This time, it's definitely different.

Look, we know you heard before that they were going to win the Euros and it didn't pan out and that it might just have been English hype but this is completely different.

The impressive 3-2 win over Germany in Berlin in back in March of 2016 was a timely refuel of the country's hopes after several years of Roy Hodgson's sterling efforts to crush any modicum of excitement around the team.

END_OF_DOCUMENT_TOKEN_TO_BE_REPLACED

But, despite another miserable campaign, the English – much like ourselves to be honest (remember the Rugby World Cup?) – can't build up to a tournament without hyping themselves to the hilt.

England teams can't escape the hype. And here are the stages that gets rattled through on a biennial basis.

1. England have a bad tournament.

England need an English manager and they need him asap. Hodgson, Redknapp and Pearce must be the shortlist and all would do similar jobs imo

Love Sherwood's passion for the game, definitely need him as England manager

Joke team. England will never win anything with an English manager. Need a quality foreigner

And something about technical football.

England need a foreign, technical manager. Football is a global sport. People need to accept it. Hodgson is pants

Switch these as necessary after every flip-flop.

3. But England don't have the technical quality.

#bbcworldcup Whoever is England manager is irrelevant ,the raw material is not, not enough technical quality across the whole squad.

i reckon england need foreign coaches at the bottom teaching the kids basic technical skills, not at the top (fab.cap), too late by then

5. But England also need a scapegoat. 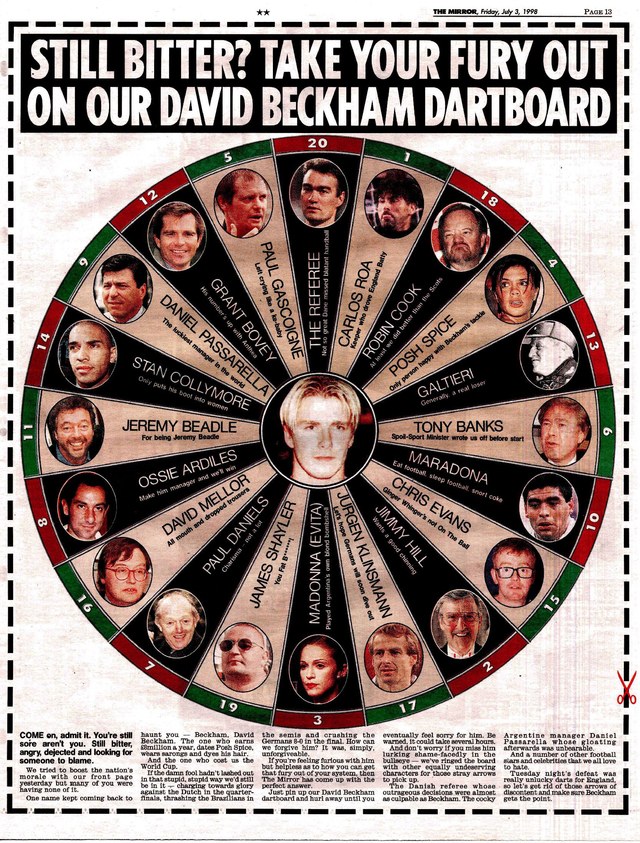 6. England have a self-evaluation of their own mentality.

When a team doesn't play well, the conclusion we draw in England is "they don't care" or "not enough effort", never tactical or technical

7. England turn on the golden generation.

England need to get rid of Rooney, Lampard and Gerrard, blood the youngsters and we'll have a decent team

8. England need to look to the future. 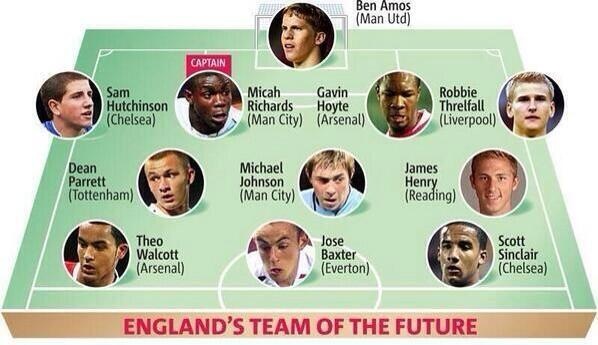 9. England realise they already have the future sorted.

Forget about that grass roots investigation.

Who needs Jonjo Shelvey when you have Ruben Loftus-Cheek? #NUFC #England pic.twitter.com/jgsbgDXo4q

11. England walk through their qualifying group.

We've got probably the worst England squad for decades and finished unbeaten top of our qualifying group, and had some good results against top teams 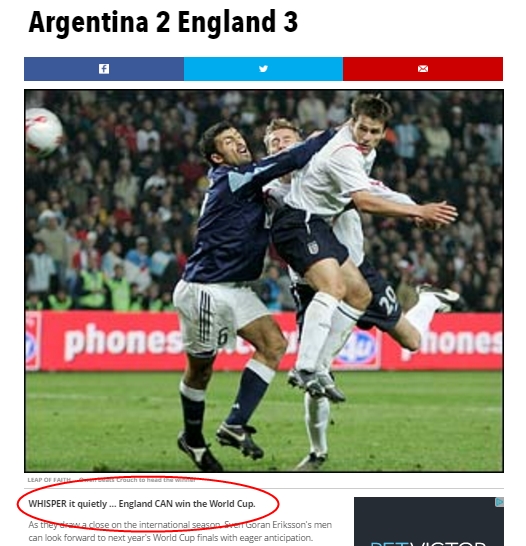 13. Something about technical football but England have that now.

atleast our english players that get into the england team now are more technical...good thing

It's different to the last time.

14. Not that anyone's getting carried away...

Not getting carried away but this is one of my favourite England teams I've watched!!!

Excellent England display tonight. Not getting carried away but a young, quick and fluid team #hope

Not getting carried away...its England...but these kids are good they're fighters they don't give up they'll do us proud #ENG

Not getting carried away but England looked alright to

Not getting carried away with England, but by far the best I've seen them play in ages. It'll be wrecked again when Rooney starts though.

Deserved win for @england @DelliAlli has to be a starter for the Euro's. Not getting carried away but a promising performance.

This England squad with plenty of depth is unpredictable and can win the euros if all the current players stay fit. #HarriKane #VardDog

I honestly can't believe I'm going to say this. England may actually win the euros

Sigh. England beat. Anyone want to revisit their gung-ho tweets after the Germany game? #TrustMeKidsImSixtyNextYear

If an England manager can't maintain a consistent performance from one game to the next we're fucked. This is not difficult to understand.

17. The hype around England has already embedded in though.

18. England have a bad tournament.

19. Something about technical football.

Ive said it before i will say it again, the England job needs an English manager, we need someone who has passion for the country.


popular
Roy Keane handled Gary Neville’s goal celebration as most Irish fans would
Roy Keane cracks up ITV pundits with description of Senegal supporters
World Cup 2022 Day 15: All the major action and talking points
From Ireland to Argentina: Alexis Mac Allister's Irish roots explained
Damien Duff makes 'brutally honest' England World Cup prediction after Wales win
Ronaldo finally reveals why he got that hideous haircut
World Cup 2022 Day 14: All the major action and talking points
You may also like
3 years ago
Jon Walters on Ireland's 'French Foreign Legion' security at Euro 2016
4 years ago
Cristiano Ronaldo story shows how far Robbie Brady has come
4 years ago
An insane amount of people watched Wes Hoolahan's goal against Sweden
5 years ago
Ranking Ireland's home jerseys of the last three decades
5 years ago
QUIZ: You have ONE minute to name the Ireland team that played Sweden at Euro 2016
5 years ago
QUIZ: Can you name the 23-man Irish squad that went to Euro 2016?
Next Page