Sergio Aguero's touchline spat with Manchester City boss Pep Guardiola looked to have been settled by Gabriel Jesus, until V.A.R got involved.

The City striker had traded barbed words with his manager after being substituted, for Jesus, in his side's 1-1 draw with Tottenham. Any bad blood that may have been simmering looked to be in the past as Jesus controlled a bouncing ball in the box and rifled the ball home.

As the City players celebrated out on the field, Aguero and Guardiola hugged and made up. All water under the bridge.

END_OF_DOCUMENT_TOKEN_TO_BE_REPLACED

The cosy atmosphere was spoiled somewhat, then, by VAR replays showing Jesus' goal would not stand as there had been an accidental hand-ball in the lead-up to his strike. The goal was chalked off and the Aguero-Guardiola argument became a talking point again.

On Liquid Football, JOE's football show, Jon Walters and Steve Sidwell told host Kelly Cates that such flashpoints between players and managers are commonplace, but increased media (and social media) scrutiny has only amplified them.

"I don't think I've ever had one, where you have a word back to the manager in the changing room, because you're never going to win," said Walters. 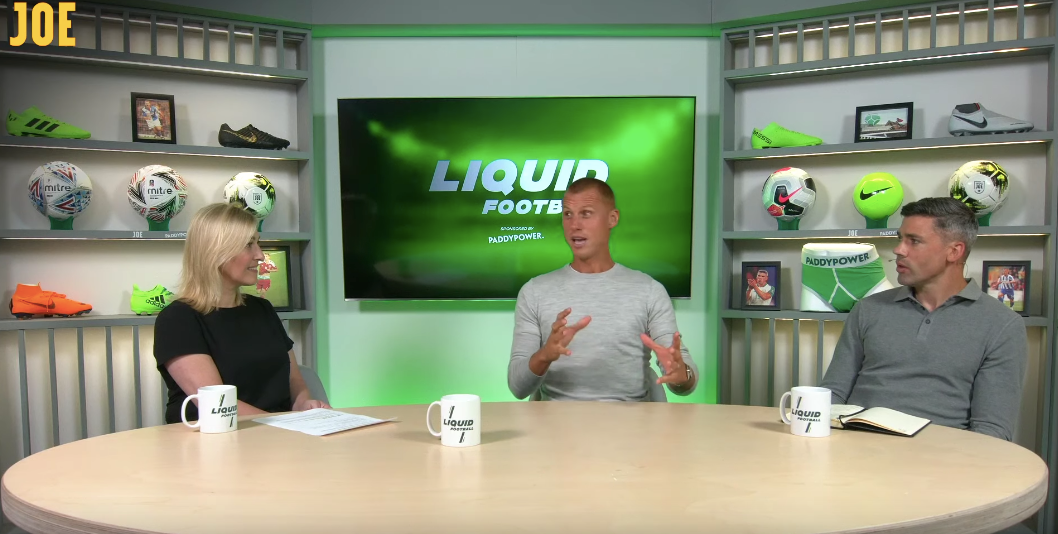 Walters may be in the minority as Sidwell can 'recall loads of times the player has gone back at the manager'. One incident, during his time at Aston Villa stands out:

"We played Crystal Palace away and I think it was an FA Cup game as they were in the championship at the time. Half-time we came in and Emile Heskey - listen, great fella, lovely lad - was quiet but strong as an ox, and this was proved at that half-time team-talk.

"I kept looking over at the corner, at Emile, and he was getting angrier and angrier. And you could just see the watery eyes just come. And that is when you're thinking, 'This is going to switch'.

"Martin O'Neill was behind Seamus, who's real name is Jim (McDonagh). He was trying to sort of duck and weave behind him."

END_OF_DOCUMENT_TOKEN_TO_BE_REPLACED

Sidwell said the tense situation was eventually diffused but Heskey was subbed after his changing room outburst. He was replaced by the Norwegian striker John Carew in a game that Aston Villa would need a late Petrov goal to draw 2-2.

They went on to win the replay 3-1 - Heskey was on the bench - and reached the FA Cup semi finals only to be knocked out by Chelsea. O'Neill would leave Villa by the end of the season while Heskey stayed on with the club until 2012.


popular
Roy Keane wasn't having Ronny Johnsen's lovely gesture in Man United legends game at Anfield
James McClean's battle with John McGinn worth the attendance fee alone
Ireland player ratings as Stephen Kenny's team lose 2-1 to Scotland
Paul O'Donovan briefly breaks character in remarkable gold medal interview
Bundee Aki angrily confronts referee on-field after red card tackle
"It is hard, especially when you’re 18 and I’d never left Ireland by myself," - Tuohy reflects on tough days after Grand Final win
Northern Ireland drop former Rangers star Kyle Lafferty following alleged use of sectarian slur
You may also like
1 week ago
Why have some Premier League games been postponed this weekend?
1 week ago
Your guide to a great weekend of football and rugby and how to stream it all
1 week ago
English football could be postponed for a second weekend
1 week ago
Thomas Tuchel releases emotional statement after Chelsea sacking
2 weeks ago
Fears of fans disrespecting the Queen 'was a factor' in football postponement
2 weeks ago
Dublin could host Champions League games next week
Next Page