El Hadji Diouf just does not know how to let a beef go.

The former Liverpool striker found himself in a world of trouble last year when he accused Steven Gerrard of racism, and hit back at Jamie Carragher’s criticism of his time at Anfield.

The ex-Senegal striker’s nickname was ‘The Serial Killer’, and perhaps his weapon of choice is sticking daggers into the backs of his ex-team-mates, as he has seemingly gone on another mad rant at two of his former colleagues from his time on Merseyside.

In an interview with So Foot magazine in France, the former Bolton frontman has launched a two-footed attack on Carragher, describing him as a ‘shit’ when he tries to explain the margin between his own talents, and those of the former defender.

“The difference between Jamie and me is that I am a world-class player and he is a s**t. 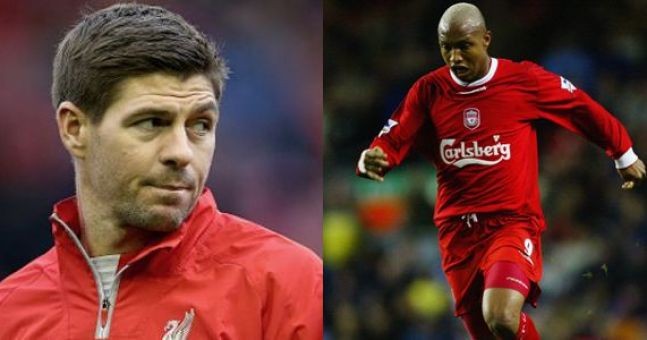 We’re sure Carragher is only devastated not to be mentioned in Diouf’s book, while Steven Gerrard is once again the centre of the ex-striker’s ire, as he hits out at the ex-Liverpool captain’s lowest moment as a player, and his lack of silverware at international level.

“When we won, it was thanks to me, when we lost, it was my fault. What I represented for Senegal, he never managed 100th of that for England. He has never done anything in the World Cup or the Euros.

"When I arrived at Liverpool, seeing as I just did what I wanted, he thought that I did not respect the club. But he downright killed his team by slipping against Chelsea. If Liverpool has never won the Premier League, it's no accident. What goes around, comes around.”