Origi signed for Liverpool in 2014.

Liverpool striker Divock Origi has agreed personal terms with AC Milan, as reported by The Athletic.

While the 27-year-old has not yet officially signed a contract or completed a medical, Milan are confident that Origi will complete a move to the San Siro when his Liverpool contract expires this summer.

The report adds that the Belgium international has failed to play enough games this campaign to trigger an extension clause in his contract.

Divock Origi has no doubts on his next destination: he’s just waiting to complete medical tests and sign the contract as new AC Milan player in the coming weeks. 🔴🤝 #ACMilan

Prior to signing for Liverpool, he played in all five of Belgium's games at the 2014 Fifa World Cup during their run to the quarter-finals and scored in the 1-0 win over Russia.

Since his arrival, he has largely been used as a squad player - having only started two league games over the past two seasons. He also spent the 2017-18 season on loan at Wolfsburg.

END_OF_DOCUMENT_TOKEN_TO_BE_REPLACED

Despite this, Origi has enjoyed a number of iconic moments at Liverpool during his career on Merseyside, scoring twice against Barcelona during the famous Champions League semi-final comeback at Anfield in 2019.

He also came off the bench to make it 2-0 in that year's Champions League final. A year before that, he bagged the winner in the Merseyside derby against Everton. 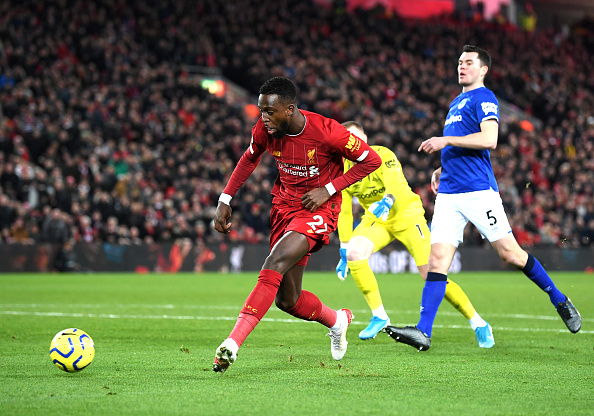 The forward is a popular figure at the club, with the Reds' final Premier League game against Wolverhampton Wanderers on Sunday looking like it will be his Anfield farewell.

Origi could still end the season as a quadruple winner. Liverpool have already won the Carabao Cup and FA Cup, but Jurgen Klopp's side will be keen add the Premier League and Champions League to their trophy cabinet.

Liverpool currently sit one point behind league leaders Manchester City ahead of the final day of the season. The Reds will then face off against Real Madrid in the Champions League final on May 28.


popular
Eamon McGee just couldn't help himself with Armagh-melee tweet
Robert Finnerty's strut up to the penalty spot was the stuff of legend
Strongest Ireland team to face New Zealand in Test opener, after squad set-back
How Man United would line-up if they land their big summer transfer targets
Conor Gleeson's gesture to heartbroken Ethan Rafferty a tonic after sideline brawl
Andros Townsend claims 'moaning' Jurgen Klopp has 'got his way again'
Ireland include plenty of new faces in team to face Maori All Blacks
You may also like
5 days ago
The behind-the-scenes story of how Bayern signed Sadio Mané from Liverpool revealed
6 days ago
The incredible ways Sadio Mané has helped to transform his home village in Senegal
1 week ago
Jay Spearing linked with surprise Liverpool return
1 week ago
Liverpool wrap up their transfer business before Man United even sign a player
1 week ago
Liverpool to face four of the 'big six' after Champions League fixtures
2 weeks ago
Benfica agree €100m deal with Liverpool for Darwin Nunez
Next Page