Having watched the way in which they breezed through the group stages, you'd have been forgiven for backing Frank De Boer's Netherlands side to go far at Euro 2020. In Budapest, they and defender Matthijs De Ligt had a disaster.

After a nightmarish second half against the Czech Republic, the Dutch have fallen at the last-16 stage. The game in Budapest seemed to hinge on two significant moments which came early in the second half.

END_OF_DOCUMENT_TOKEN_TO_BE_REPLACED

The first saw Donyell Malen surge clear of the Czech defence to find himself one-on-one with Tomáš Vaclík in the Czech goal. Perhaps with too much thinking time, the PSV Eindhoven opted to try and take it around the goalkeeper, who was able to gather the ball from his feet.

With Vaclík rolling the ball forward, the Czechs soon played the ball forward into space behind De Ligt. Though the former Ajax defender appeared well positioned to deal with it, he misread the bounce and was quickly under pressure from Patrik Schick.

As he lost his footing, the ball made contact with De Ligt's arm. Though he was initially given a yellow card by the referee, the decision was changed to a red after consulting VAR.

"The Netherlands were really poor after that sending off. They didn't tactically adapt. But the Czechs did well - down that right-hand side, they kept pummelling them and pummelling them and, in the end, it was a set-piece that broke the dead-lock. They fully deserved it. They had more character and personality" 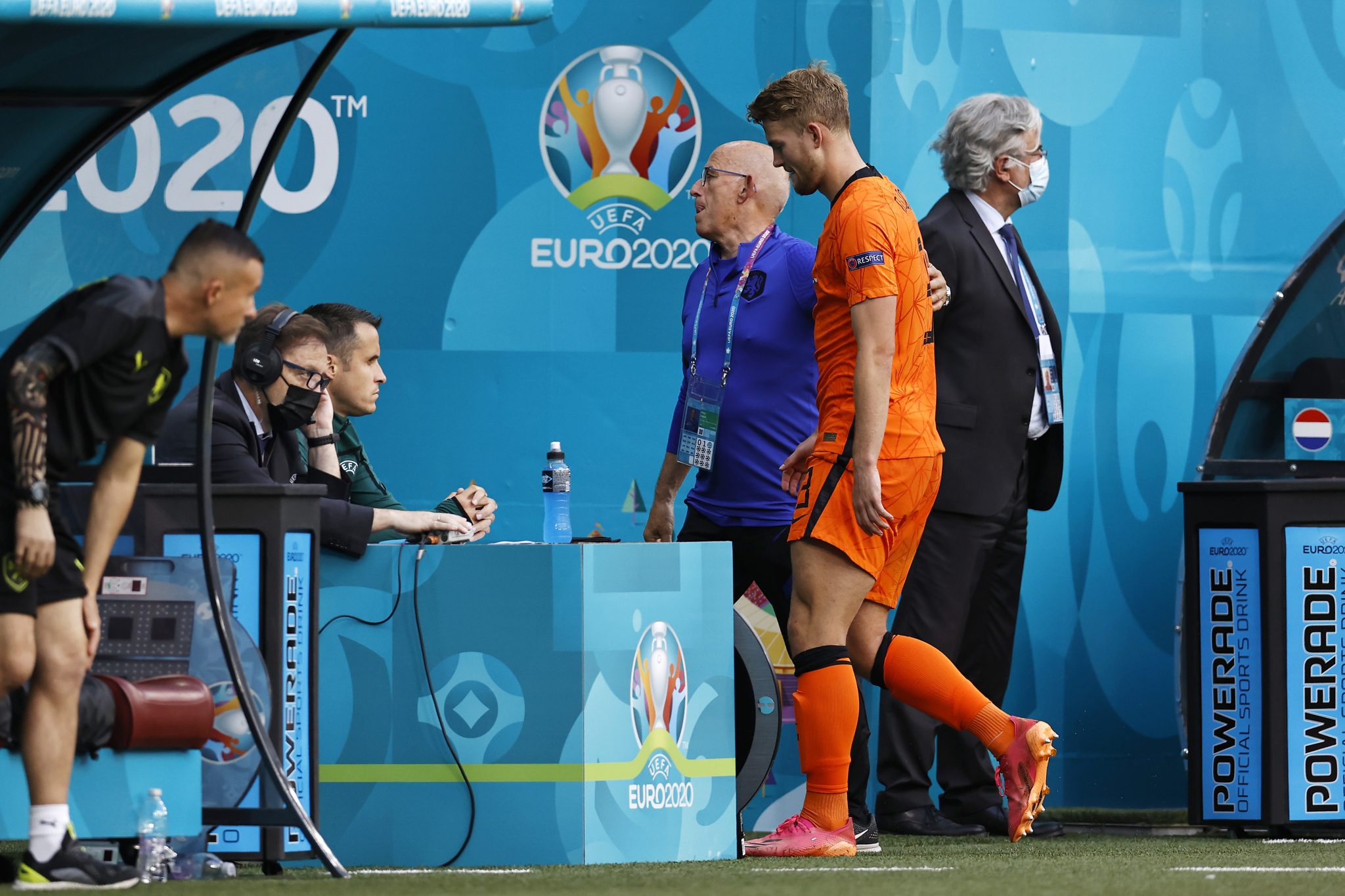 "Malen does so well and then he just complicates it," Neville continued, as he discussed that crucial 25 seconds.

"To be fair to the goalkeeper, a big moment and he reads it and anticipates what he is going to do. He was fantastic... And this then basically runs into what was the moment of the match.

""De Ligt, I have to say, I was speaking to Nigel [de Jong] about De Ligt in the first half. He looked slow, he looked sluggish. He looked like he was going to expose himself. I know he has had some criticism from the Dutch press.

"I never buy into, because I've done it myself, [someone saying] 'I've slipped'. You never slip or you're never unlucky. You only slip, as a defender, when you've got your footing wrong, when you're out of position or when you've mis-read the flight of a ball. Then you panic, you slip or your footing goes wrong. He gets his footing wrong as he has mis-read the flight of the ball. It's a really poor bit of defending.

"When your first bit of defending goes wrong, the young defender always goes and tries, and makes the mistake that really costs himself. An experienced, mature, composed defender makes the first mistake and just lets the forward go through and score, because you've still got 11 on the pitch. A young one doesn't."

A man down, the Dutch lost control. Tomáš Holeš scored with little over 20 minutes still to play to give the Czechs the lead. Any faint flicker of hope of a Dutch revival was extinguished with 10 minutes to go when Schick doubled the lead.


popular
Alex Ferguson wrote Mickey Harte a letter - ex Tyrone boss reveals in new memoir
"There are clubs in every county that you just know - they like fighting." - Fighting passes on through the generations
GAA at its best as Bellaghy players run into team-mate who buried his father that morning
“How it finished was not the way I would have chosen" - Mickey Harte reveals how his time with Tyrone came to an end
"I'll go back running the roads now and make sure my body doesn't get lazy"
Somehow Pat Spillane's 1981 cruciate rehab routine hasn't survived the test of time
New footage shows exactly what Deontay Wilder said to Tyson Fury after trilogy fight
You may also like
16 hours ago
Scott Parker sends David Brooks message of support following cancer diagnosis
17 hours ago
Raheem Sterling reveals he's considering a move abroad from Man City
1 day ago
Demba Ba insists Chelsea 'did not enjoy' ending Liverpool's title hopes in 2014
1 day ago
Didier Drogba turns back time with iconic celebration in charity match
1 day ago
Hungarian football federation accuses FA of causing Wembley chaos
1 day ago
Jesse Lingard opens up on injury and mental health struggles
Next Page