The crest of David Beckham's MLS team has been leaked, and it's a beauty

Beckham has been pushing for his Miami-based Major League Soccer team to come to fruition for a very long time. From confusion over the location of the team's stadium to a newly-pursued option to place it within a multi-sports complex, the ex-Manchester United and Real Madrid star's dreams of bringing an MLS team to the city have - until recently at least - appeared quixotic.

That new location proposal appears far more realistic however, with the team proposing to pay millions per year in rent, and even more in tax to the city for the privilege to use the site for what would be called Freedom Park. 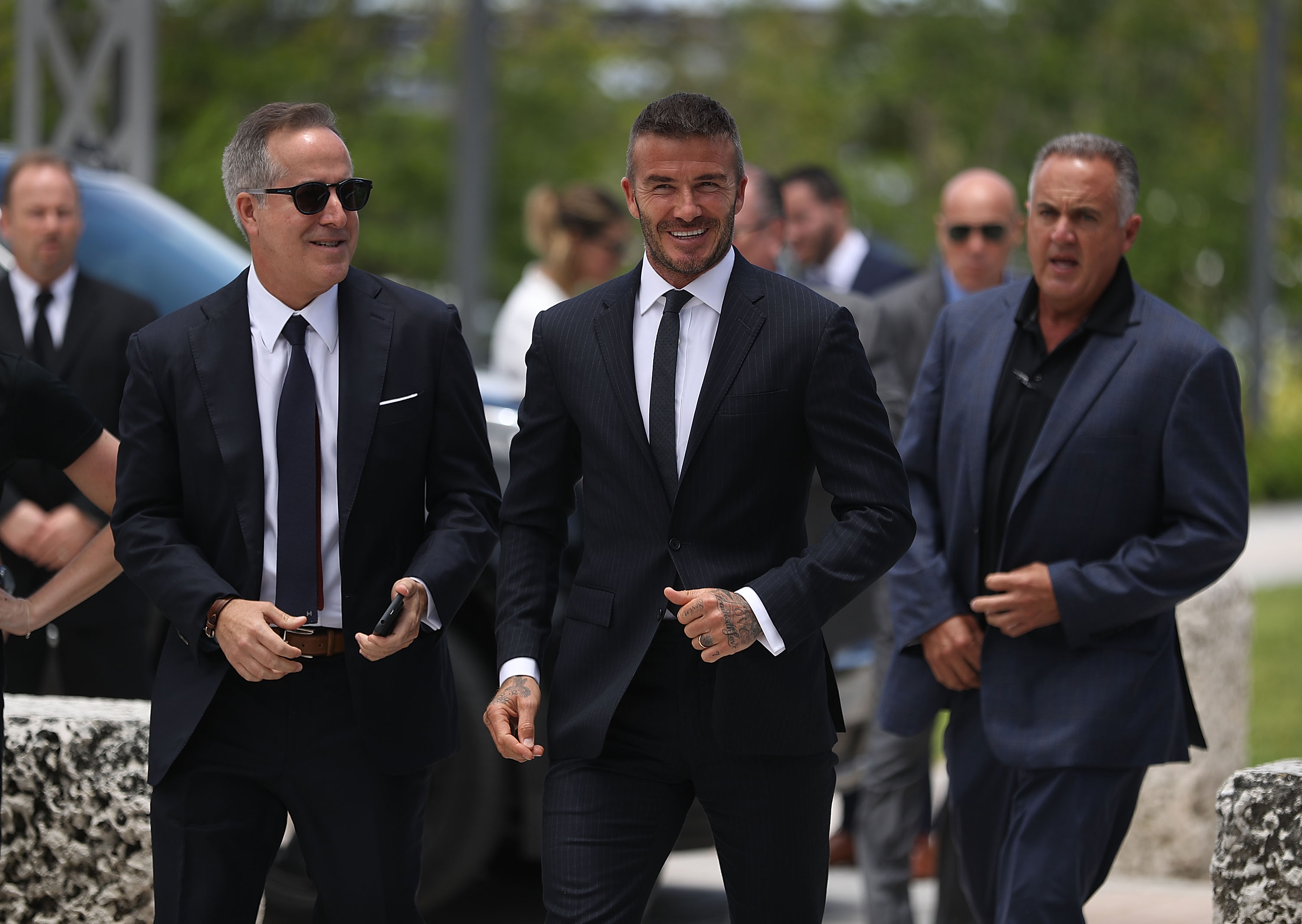 Something that does appear to have been settled however is the club's name, colours and crest, if a leaked image is to be believed.

According to a report in the Miami Herald, the new side will be known as Internacional Club de Futbol Miami, and the colours will be what appears to be the Miami Vice inspired black, pink and white.

The Herald reports that the crest for the team was submitted to the US Trademark and Patent Office on Wednesday by the same company which filed trademarks connected to Beckham’s ownership group.

The crest features the Roman numerals for 2020, the year which it is expected that they will enter MLS, as well as two cranes or perhaps herons which are rather fetching.

Unsurprisingly, this leaked design has gone down a treat with football fans, particularly those in the American city

This badge has been trademarked in Miami... does Becks' MLS team have a new logo?!

We love the design... what do you think? pic.twitter.com/mtGpKwDoPL

Trademark has been filed for this logo which has the name FUTBOL CLUB INTERNACIONAL DE MIAMI, two flamingos, their legs in the shape of an M, "MMXX" representing the year 2020, and a pink primary/secondary color. I love it. 💖#miami #MLS #mlsexpansion @MLS pic.twitter.com/rIx6XaTwhP

The new Miami logo for MLS is pretty tight. 👍 pic.twitter.com/vKyH3DSDEM

Hold everything. I'm now hearing that the bird on this rumored logo for the new Miami @MLS expansion team is a crane. If true, I dig it even more. But can one of you bird-brains out there confirm what bird this actually is? pic.twitter.com/pDic3bLubx


popular
The SportsJOE 12 o'clock quiz | Day 77
QUIZ: Can you name all 24 champions of the English football league?
You'll need to be on top form to get 20/20 in this 1980s footballers quiz
The SportsJOE 12 o'clock quiz | Day 75
If you can answer this one Premier League question, you really know your stuff
The SportsJOE 12 o'clock quiz | Day 76
SportsJOE 2000s Football Quiz | Round 4
You may also like
1 year ago
Wayne Rooney sent off for abysmal tackle with DC United 3-0 down
1 year ago
Wayne Rooney smashes home hat-trick in 5-0 thumping for DC United
1 year ago
Robbie Keane paid tribute to David Beckham during LA Galaxy statue unveiling
1 year ago
The crest and name of Major League Soccer's newest team has been released
1 year ago
Transition terrier and opposition torturer: Miguel Almiron can light up Rafa Benitez’s Newcastle
1 year ago
Wayne Rooney turned down private jets and hotel rooms at DC United 'to be part of the team'
Next Page