After five-and-a-half seasons at the club, Crystal Palace fans have seen enough of Damien Delaney.

Damien Delaney has been a loyal servant for Crystal Palace since joining the side from Ipswich Town in 2012.

Up until the current campaign, the Cork native has made at least 29 league appearances per season for 'the Eagles'. He has amassed 128 Premier League games for the club, but this season he has appeared just once in the English top flight.

Ankle and groin injuries have kept him out of action since September, but on Monday night, he made his return during Palace's 2-1 FA Cup third round loss to Brighton & Hove Albion. 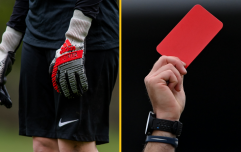 END_OF_DOCUMENT_TOKEN_TO_BE_REPLACED

Delaney wasn't the only player at fault for Dale Stephens' opener.

Yohan Cabaye's failed interception let the goalscorer free, Wayne Hennessey couldn't keep out the near-post shot despite getting a hand to it, but Delaney came across to cover the run at a snail's pace. 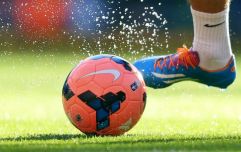 QUIZ: You have three minutes to complete this tricky football brainteaser

END_OF_DOCUMENT_TOKEN_TO_BE_REPLACED

It was a poor team performance for Palace with Bakary Sako's stunner from 25 yards providing one of the few highlights for the away support. That sensational effort looked destined to earn a replay, but Glenn Murray grabbed the game's winner nine minutes from the end.

Video assistant referee technology was used to confirm the decisive goal after calls were made for offside and handball. Upon review, the goal was allowed stand which sealed a miserable night for Palace fans.

However, it was the 36-year-old Irishman making his return that really ground their gears after the final whistle blew.

If I've learned one thing from this half it's that I absolutely do not miss Damien Delaney. He is so, horrendously bad.

Hodgson has made many positive changes to Palace since arriving. But not even he can stop Damien Delaney and his aimless punts upfield #CPFC

I hope Damien delaney never wears a palace shirt again. A new keeper is needed instantly and all the shit reserves need to leave. This isn’t because we’ve lost today it’s because all these problems have gone on for years

Watching Damien Delaney play for palace is just too stressful for me. The geeza is so past it. Put his wages towards something worthwhile @CEO4TAG #dead

At least one fan was still on team Delaney after the game.

I don’t like all these tweets slagging Damien Delaney off. Everyone knows his best days are behind him, yet he has been a loyal player for us who has always given 100% effort and commitment and shows great passion for CPFC


popular
Iran demand action by FIFA after USA team change flag on social media
World Cup 2022 Day Nine: All the major action and talking points
"I appreciate Moycullen now more than ever" - Cooke's American lifestyle from a Moycullen base
Roy Keane's issue with Argentina star could rival Graeme Souness and Paul Pogba
GAA JOE Team of the weekend
"It's not acceptable. It was out of order." - Hamann blasts Rudiger for appearing to disrespect Japanese player
Roy Keane cracked up Ian Wright and Gary Neville with England team spirit remark
You may also like
6 months ago
Chelsea team-mates 'shocked' as Andreas Christensen reportedly refused to play in FA Cup final
6 months ago
Liverpool and Chelsea fans go viral after bizarre FA Cup final confrontation
6 months ago
Jurgen Klopp admits he 'feels for' Chelsea after second cup final loss this season
6 months ago
Why Chelsea have chosen to wear yellow kit in FA Cup final vs Liverpool
7 months ago
Pep Guardiola condemns Man City supporters that booed Hillsborough silence
7 months ago
Man City release statement after fans heard booing during Hillsborough silence
Next Page