You could hear the racket being made in Phibsbourough all the way up in Ballymun.

And you could stay going too. The Dublin Derby came to town on Monday night and both Bohemians and Shamrock Rovers fans were out in force.

The hype and the expectation was building from early on in the day. By 7.00, the streets were flooded with fans from both sides streaming into Dalymount Park. Gardaí, many of them horseback, were dotted all over the place but that only emboldened the sense of occasion.

The fixture is one of the fiercest and the most intense in the League of Ireland calendar and it lived up to expectations yet again. For Bohs fans anyway.

And Stephen McCarthy and Ben McShane of Sportsfile were there to capture every single moment of it. 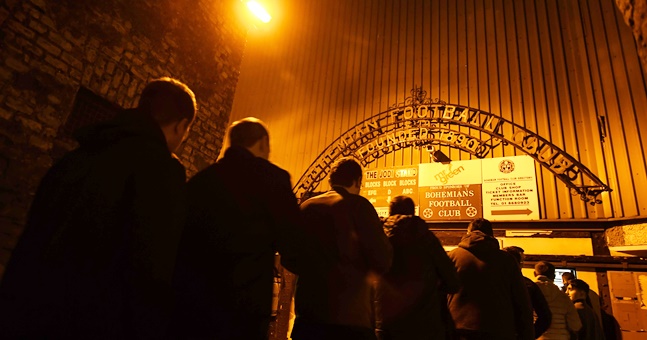 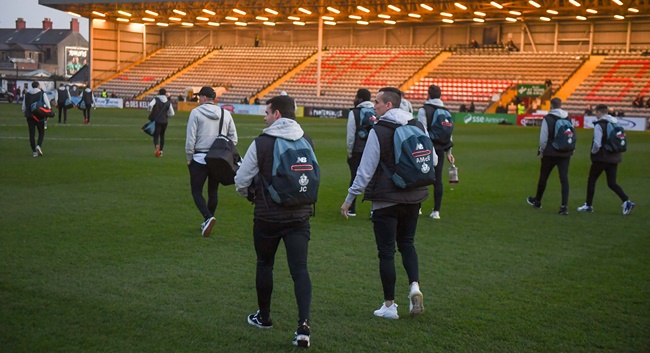 The Bohs fans belt out their famous 'We are Bohs' song to the tune of Spandau Ballet's Gold. An electric atmosphere.

And then the game began. The flares, the fury, the joy.

Dalymount Park was packed to the rafters last night and you could hear the noise from Phibsbourough all the way up in Ballymun 👌#TheGreatestLeagueInTheWorld pic.twitter.com/o53EIlWIRV

Republic of Ireland Assistant manager Robbie Keane looked like he was enjoying it. 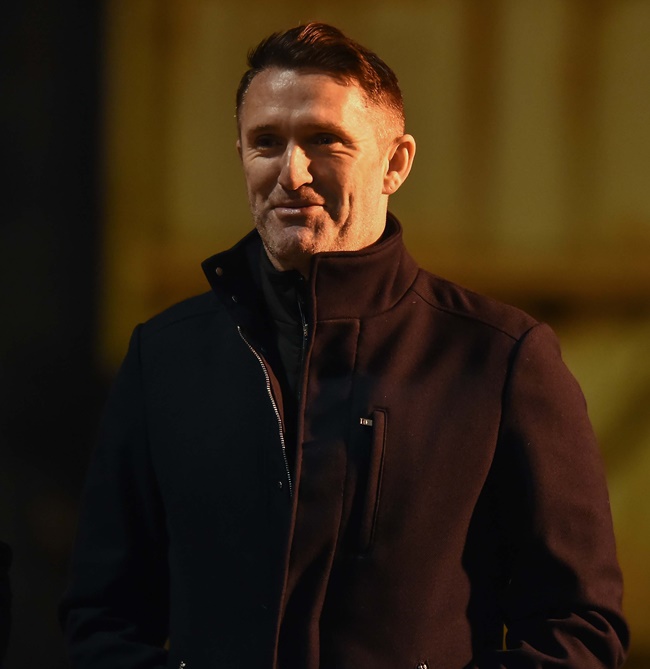 Keano was in the midle of it all.

It ended up in another famous win for the Bohs over their fiere rivals. Rovers fans will point to the two crucial refereeing decisions - the early red card to their man Aaron Greene and the second half penalty awarded to Bohs - but it's now five wins in the last six league games for the gypsies over their rivals and it's hard to argue with that.

Dinny Corcoran dispatched his 65th minute coolly and that would take the last word. 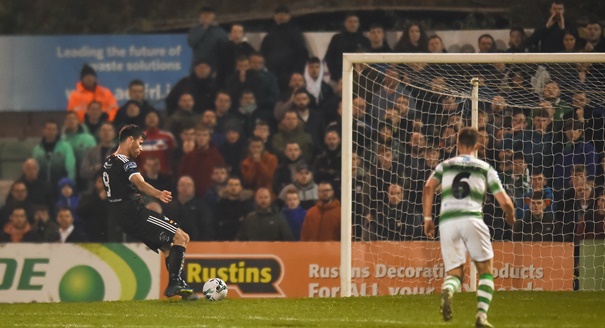 Onto the next one.


popular
Jake Paul set upon by Floyd Mayweather and security staff after confrontation
South African media shocked by Lions omissions of Sexton and Ryan
The Garry Ringrose narrative around the Lions Tour is complete bull
"Sadly at this point in time, it's Johnny" - Why Sexton missed Lions spot
'Jesus Christ! How am I going to put up with this lad for nine weeks?!'
You'd swear the world was ending as Spanish tv host goes after Eden Hazard
Major shocks as Warren Gatland announces 2021 Lions squad
You may also like
1 year ago
Rovers to continue Direct Provision initiative for 2020 season
1 year ago
Tampons and pads: Is Ireland "On The Baw"?
1 year ago
"When I came here, I was dead and buried. There was no way back for me"
1 year ago
"Ah stop, it's mad, it is!" - Jack Byrne famished for more after impressive debut
2 years ago
Sligo Rovers challenge Messi for free-kick of the week
2 years ago
Brilliant Dublin derby between Shamrock Rovers and Bohemians had absolutely everything
Next Page