Cristiano Ronaldo's injury was like the crucifixion of Jesus Christ, according to the superstar's sister

Wearing a knee brace is just like having rusty nails hammered through your flesh, right?

Fictitious as it may be, the story of Jesus Christ is far more harrowing than being forced out of a game of football, we can all agree on that much. 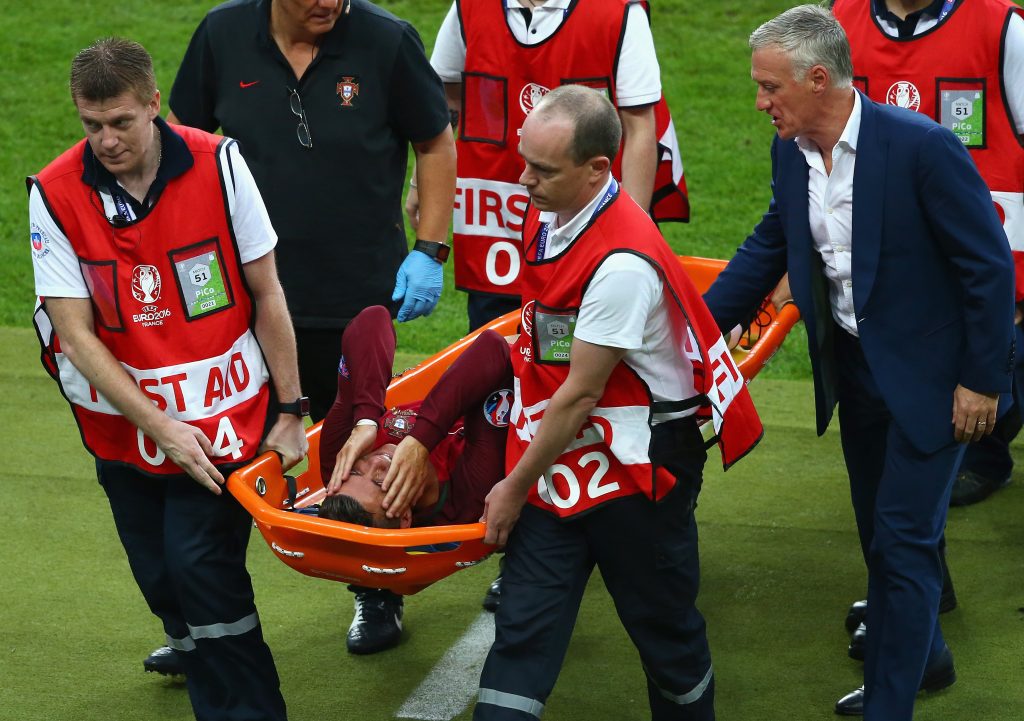 But not according to Cristiano Ronaldo's melodramatic sister, who believes that the Portugal captain's plight was not unlike that of ol' JC.

After Ronaldo was hauled off the Stade de France pitch with a knee injury sustained in a challenge with Dimitri Payet early on in the Euro 2016 final, his sister was moved to compare the Portuguese side's ability to rally against adversity to the crucifixion and resurrection of Christ.

"These tears I cried for my wounded brother were like daggers to the heart, and we all cried with him for the awful pain we had together," she wrote on Instagram, as translated by Goal.com.

"But God is great and just as our saviour Jesus Christ suffered on the cross for a better world for us, Cristiano cried in the pain of not being able to help his teammates and his beloved people.

"But God is just and they deservedly lifted the trophy, and fulfilled the dream; we are champions."