Fans of FIFA 23 can expect to see Cristiano Ronaldo playing for Al Nassr in the new update however they will notice that his rating will have gone down.

Ronaldo made the move to Saudi Arabia last Friday after leaving Manchester United by mutual consent in November and is reported to be earning £179m a year. 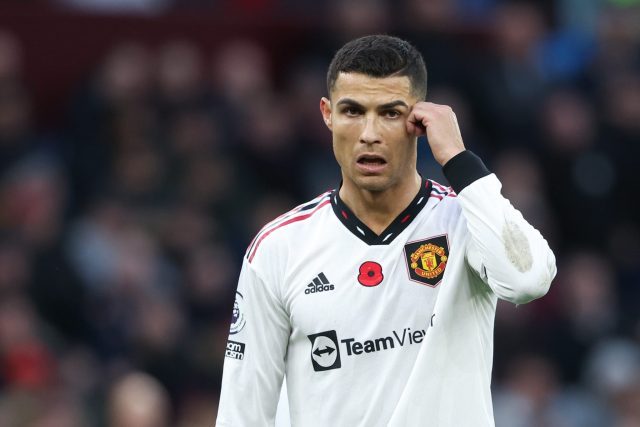 END_OF_DOCUMENT_TOKEN_TO_BE_REPLACED

Following his move to the Saudi Pro League leaders, the forward said: "I am fortunate that I have won everything I set out to win in European football. I feel now that this is the right moment to share my experience in Asia. Al Nassr's vision is very inspiring and impressive.

"I look forward to a different league experience in a different country. I am excited to join my teammates as soon as possible."

He also confirmed that he was on his way to Saudi Arabia on Monday after posting a picture of him and his family in their private jet on the way to the Middle East, saying he will 'see them soon'.

While Ronaldo is set to be swimming in cash in the Middle East his move has come with consequences and those looking to play with the 37-year-old on FIFA will notice that he isn't as good as he once was.

END_OF_DOCUMENT_TOKEN_TO_BE_REPLACED

When FIFA 23 was first launched Ronaldo was given a rating of 90 - already one down from the previous year's edition of the game - but in the latest update of the game, Ronaldo will now have a rating of 88.

A number of his attributes have also been nerfed. They are:

FIFA players will only notice these changes on game modes such as career mode however the popular Ultimate Team mode won't be affected.