Cristiano Ronaldo has reinvented himself AGAIN - that's why he's the greatest

A text message came through at half time on Tuesday evening:

It wasn't the most outrageous thing in the world to say. Cristiano has spent most of this season working within a 20 metre circumference. He spent the majority of the Champions League quarter final walking back and forward waiting for someone else to do something.

The days of him going deep, collecting possession, squaring up to the sight of defenders' shit-stained togs seem to be gone.

Then he turns around and scores five goals in the space of six days over two legs against one of the all-time European giants. He strings up Bayern Munich in the most efficient, most cruel way possible but he does it in a different way to what we're used to seeing.

This man might not make things happen anymore but he ends everything. He doesn't ignite the flames but he shoots the lights out.

Ronaldo isn't past it; he's just past the latest, now outdated model of himself.

You see, he's in the third phase of his development now. By reinventing his game, the 32-year-old has successfully created Ronaldo 3.0 - more compact, more robust, more cost-effective. 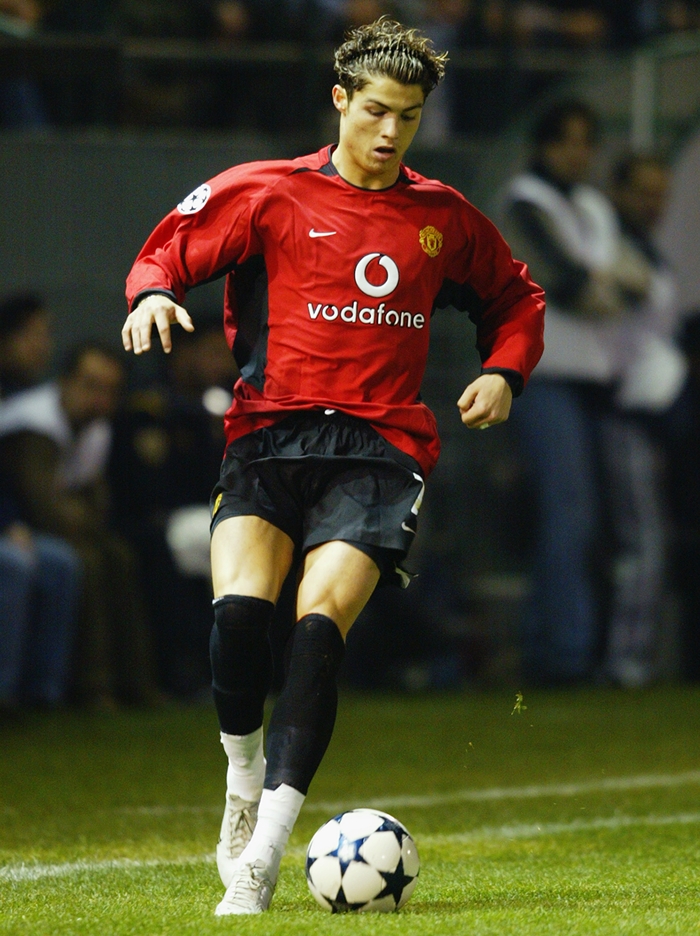 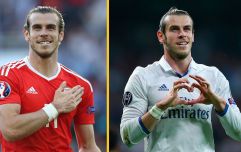 END_OF_DOCUMENT_TOKEN_TO_BE_REPLACED

Then came the goal-scoring powerhouse: an explosive, ignorant, relentless attacker who'd come at you from any angle, put you on your arse if he couldn't leave you on it, and slide the ball into the net as beautifully as he could ram it through the thing. 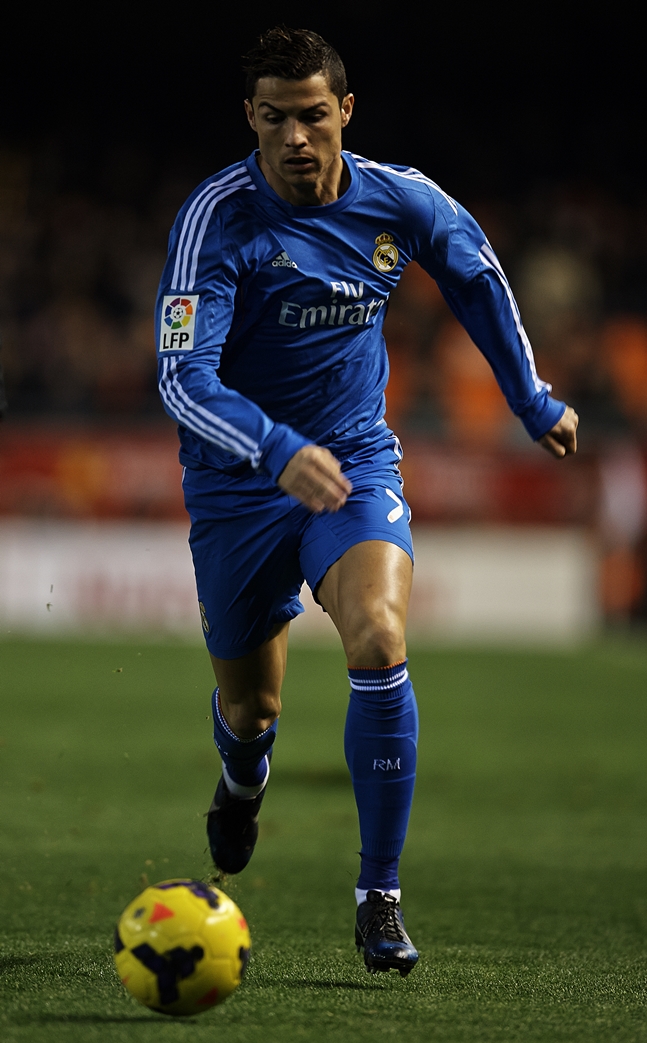 Now, the new era has unleashed the latest prototype on the world. 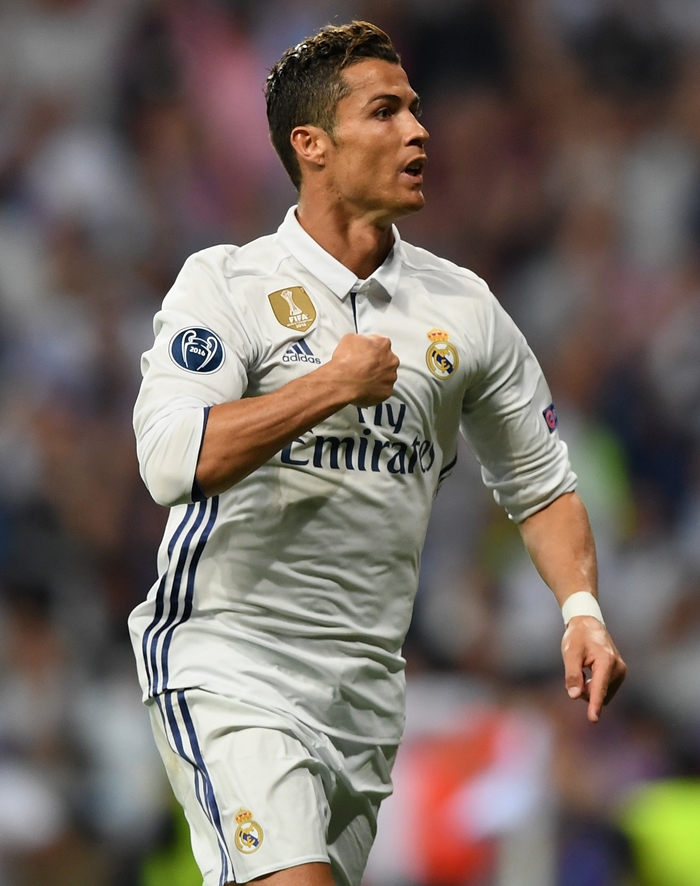 Ronaldo's business is scoring goals - he does that better than anyone ever has. His input might be completely different now but he's consciously brought about those adjustments himself to ensure the output is exactly the same. His tweaks to the performance levels of his system have maintained similar, outstanding results and they will continue that way now for another few years yet.

You might only notice him seven times now over two games but twice, he'll be drawing yellow cards from the same defender.

The rest of the time, he'll be volleying across himself with the inside of his boot, poking home with razor sharp instinct and genius improvisation with his studs, heading to the net, controlling on his chest and hammering in off his left and completing a hat-trick at the end of yet another move. 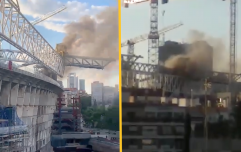 Part of the Santiago Bernabeu stadium in Madrid catches fire

END_OF_DOCUMENT_TOKEN_TO_BE_REPLACED

Ronaldo isn't so much a poacher now as he is a shamelessly, brutal, slaughterer who takes no prisoners, makes no apologies and even hangs around the scene of the crime afterwards almost daring someone to take issue with him.

As he ages, he loses that step of sharpness and that energy and natural fitness so he's changing his game and changing his physique. He won't row against the current, just find another way to get to the destination. To do so, he's forced the rest of the team to adapt along with him - this is the playbook we're working off now and that's the way it is.

Do it and I'll bring us home.

You could hardly wish for a more lethal, more reliable man waiting to finish the job.

Ronaldo came into the last eight of Europe having scored just two goals in eight games leading to that point. His results, just like his performances, were completely unlike him.

With two games he ripped the German juggernaut to shreds, banging in five goals in the space of 210 minutes and showing the world that, although his new style might look completely different to the one just past, it can still deliver the same frightening results.

And whatever will be, Cristiano Ronaldo can still deliver in the big games.

He's just ensured that he'll do it for a hell of a lot longer now.

popular
Gary Neville cautiously optimistic about England, but Roy Keane sums it up perfectly
Only old-school fans will get 20/20 in this 1990s footballers quiz | Part 2
"For me, there is no comparison between Con O'Callaghan and David Clifford"
The SportsJOE 12 o'clock quiz | Day 370
Comparing the training gear of the Kerry 1980s team to a modern day outfit
Danny Murphy's comments on BBC tonight prove some folks will never learn
QUIZ: How much do you know about Dutch football?
You may also like
1 month ago
UEFA open disciplinary proceedings against teams involved in European Super League
1 month ago
You'd swear the world was ending as Spanish tv host goes after Eden Hazard
1 month ago
Marcelo to miss Chelsea second leg after being randomly selected to work in polling station
2 months ago
Liverpool fan turns to tattoos and Cheryl Cole to inspire Madrid miracle
2 months ago
Richie Sadlier tears into "liability" Trent Alexander Arnold as Liverpool crumble
3 months ago
WATCH: Benzema with a stone-cold stunner to save Madrid's blushes
Next Page