Cristiano Ronaldo scored a dramatic last-minute winner for Manchester United as they came from behind to secure a 2-1 win against Villarreal to take the pressure off manager Ole Gunnar Solskjaer.

On a day when the superstar broke the record for the most appearances in the Champions League (178), it was the Portugal international who had the final say in the dying moments with a finish from a tight angle, sending Old Trafford into raptures. 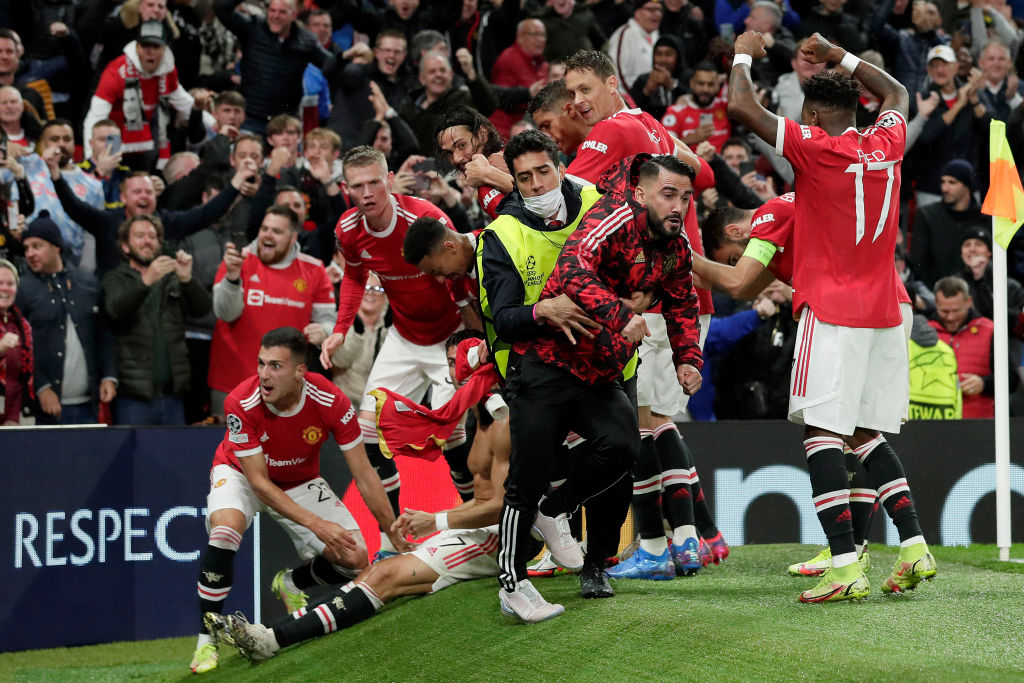 END_OF_DOCUMENT_TOKEN_TO_BE_REPLACED

It wasn't all easy for the Red Devils, who had to come from behind after Unai Emery's side took the lead through Paco Alcacer's composed finish put the Spanish outfit deservedly in front.

United struggled to break the away side down but eventually found their equaliser not long after the hour mark through unlikely scorer Alex Telles, whose neat volley on the edge of the box nestled its way into the bottom right-hand corner to equalise.

With just seconds left, Bruno Fernandes' whipped ball into the box found the head of Ronaldo who cushioned back to the path of Jesse Lingard, but whilst the substitute couldn't finish, the ball bounced back the number seven, who thundered home to score the winner and give United their first three points of the Champions League this season.

"I always had the feeling we could win the game," Bruno Fernandes told BT Sport after the game.

"And when they scored I felt we could come again and turn it around. After the goal of Alex [Telles] the push from the fans was unbelievable.

"Some amazing saves from David [De Gea] to keep the score at 1-1. Then at the end... strikers have that feeling to score and Cristiano helps us again."

It is important that Fernandes praised De Gea after that close-run victory. The Spaniard's return to form may yet make the difference on United's quest to win a big trophy this season.


popular
"I remember someone saying, 'This guy's the best of the lot of them. Just wait for him'" - Brian O'Driscoll
"I trained with a guy that was born in 2004 the other day. We reckoned Earlsie could be his father!" - Peter O'Mahony
Nigel Owens on most annoying players to referee (three of them are Irish)
Six All Blacks but no Ireland players in world's top 20 list headed by Antoine Dupont
The story of the GAA's greatest ever minor
"I asked one question and lads slagged the arse off me!" - Johnny Sexton on Roy Keane chat
Cork GAA will have fight on its hands to hang onto top prospect
You may also like
3 days ago
Bruno Fernandes praises Fred after Brazilian scores winning goal in Man United win over Crystal Palace
3 days ago
Four talking points as Man United beat Crystal Palace in Ralf Rangnick's first match as manager
3 days ago
Raphael Varane opens up on playing alongside Harry Maguire
3 days ago
Trevor Sinclair predicts that David de Gea's time at Man United could end 'quite shortly'
4 days ago
Zlatan Ibrahimovic and The Curious Incident of the Juice in the Hotel Mini Bar
4 days ago
"He's such a talented football player and he's not playing" - David Moyes on Jesse Lingard's situation
Next Page