Ronaldo reached a century of Premier League goals when he scored against Arsenal in April.

Cristiano Ronaldo has reportedly been given £10,000 by the Premier League for a charity donation after joining their 100 goals club.

As per Sportsmail, the English top-flight league donated the five-figure sum to be given to good causes in Ronaldo's name, which the 37-year-old generously matched in order to make the donation total £20,000. 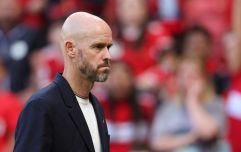 END_OF_DOCUMENT_TOKEN_TO_BE_REPLACED

The Portuguese international reached a century of Premier League goals when he bagged in the Red Devils' 3-1 loss to Arsenal at the Emirates Stadium in April.

Ronaldo has opted to donate the money to children’s charities - one if which is Rays of Sunshine, an organisation that supports children suffering from serious or life-limiting illnesses.

Cristiano Ronaldo has been assigned £10,000 by the Premier League for a charity donation after scoring 100 goals, and has chosen to match the donation. He will donate the money to children's charities. [@SamiMokbel81_DM]

Premier League have made similar gestures in the past 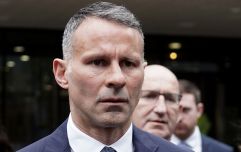 END_OF_DOCUMENT_TOKEN_TO_BE_REPLACED

While the Premier League are thought to have made similar gestures to players to mark special achievements in the past - and intended to keep them private - Sportsmail add that Ronaldo reaching the 100 goal mark was deemed worthy of distinguishing.

The former Real Madrid man, who has registered 102 English top-flight strikes, is one of just 32 players to have reached a century of goals in the Premier League era. Ronaldo has also recorded 37 assists in his 226 Premier League appearances. 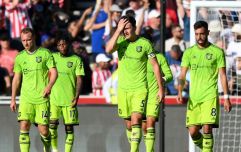 END_OF_DOCUMENT_TOKEN_TO_BE_REPLACED

Ronaldo has reportedly been offered to Paris Saint-Germain as speculation over where his future lies continues to rumble on.

However, those dreaming of a Lionel Messi and Ronaldo attacking duo are likely to be disappointed, with PSG allegedly turning down the offer, citing the abundance of attacking options they already have in their squad as the reason.