It may not be the return to Madrid he had envisioned.

Antoine Griezmann scored 133 goals in 257 games in his first Atletico Madrid stint. He returned, last season, and scored eight in 36, but Atleti may move him on to get Cristiano Ronaldo.

Juventus, Bayern Munich, Chelsea and Paris Saint Germain have all ruled themselves out of bringing Ronaldo in for the upcoming season, but the 37-year-old's representatives are not giving up hope. Ronaldo is keen to play for a team in the Champions League, and Manchester United may even let him go on loan, as long as another club covers his wages and he signs a one-year contract extension with them.

END_OF_DOCUMENT_TOKEN_TO_BE_REPLACED

As it stands, Ronaldo is undergoing his own pre-season as United tour Asia and Australia. As Erik ten Hag prepares his side for the new season, the Portuguese [or someone from his team] is posting gym images. Reminders he is still here and as fit as ever.

The Times is reporting that Atletico Madrid would be willing to get Ronaldo in, but only if they could find a taker for Griezmann. Barcelona loaned the French international back, last season, but do not want him back as they are in an already precarious position. The 31-year-old could be kept on loan for another season but, if Atletico opt for that, they would be obliged to pay a €40m transfer fee in June 2023.

So, Ronaldo could go to play for the city rivals of Real Madrid but only if Atletico and Barcelona can find someone else to take Griezmann. 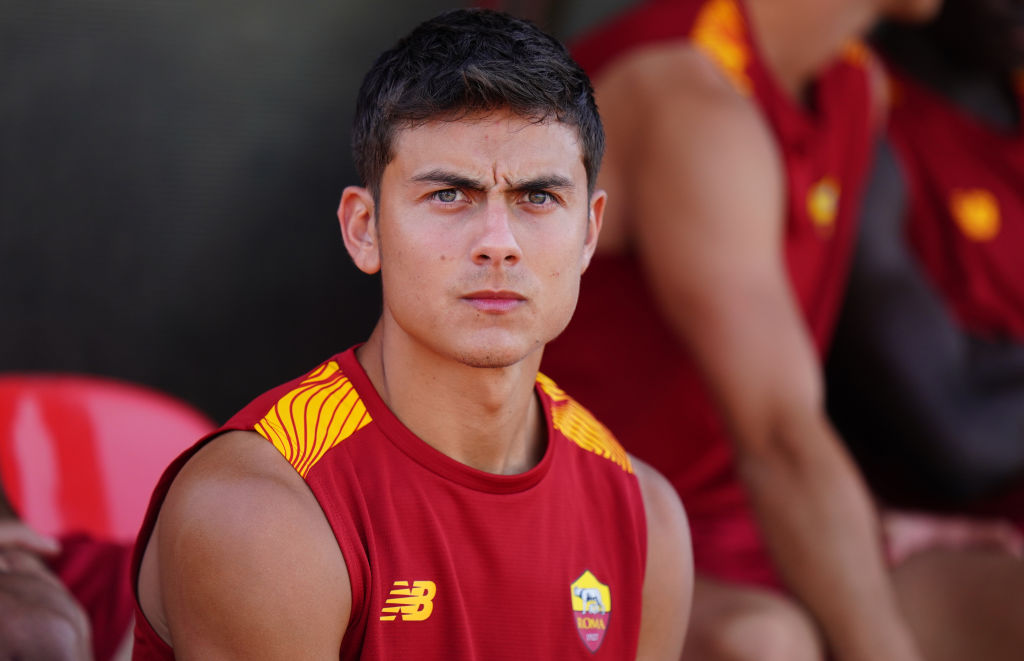 END_OF_DOCUMENT_TOKEN_TO_BE_REPLACED

Meanwhile, Cristiano Ronaldo has reportedly lost his hold on the record for most shirts sold in Italy in a single day, with one of his former teammates overtaking him.

The Portuguese international set a new record after signing for Juventus from Real Madrid in 2018 in a £100million move.

However, as reported by Corriere dello Sport, Ronaldo's former teammate Paulo Dybala - who secured a move AS Roma earlier this week - has since broken the record for the most shirts sold in Italy in a single day.

END_OF_DOCUMENT_TOKEN_TO_BE_REPLACED

Dybala left Juventus at the end of the season, with the Argentine having played alongside Ronaldo for three years in Turin.

It was thought that the 28-year-old was set for a move to either Inter Milan or AC Milan, however, after negotiations failed to materialise, Roma offered him a contract - with the forward signing a three-year deal at the Stadio Olimpico.

His arrival in Rome has gone down well with supporters, with fans flocking to buy a shirt with Dybala's name on the back. His shirt has been that popular that the sales has broken Ronaldo's record.

La Joya is taking over 🎭💎🔴🟡 pic.twitter.com/szQF6WlFhV

While the report does not mention any official figures in terms of shirts sold, the measurements are based on how many respective kits each club sold the day after the announcement of either player.

The Argentine was reportedly offered Francesco Totti's iconic number 10 shirt on arrival, however, he instead opted to go for number 21, a shirt he wears for the Argentine national team.

"I spoke to the general manager and he asked if I wanted to take number 10, which of course is so significant here because of everything Francesco Totti did. I think that shirt and that number should remain his because of what he means to the city and the fans," he said.

"I thanked him because wearing a shirt like that requires a lot of respect and responsibility. I still see it as his shirt. Maybe I'll wear it one day but for now I'm happy to have number 21, which is the number I wore when I first started to be successful. Hopefully I'll now start being successful here too."

Despite struggling with injuries last season, Dybala still scored 10 goals to help Juventus finish in the top four of Serie A.