A lovely touch for a tremendous cause.

Jack Chalrton will forever be synonymous with the greatest times in Irish football and in order to honour the great man, three men in Donal Fallon, Paul Guinan and Daniel Lambert have come together for a powerful fundraiser.

They have designed the below t-shirt with the caption 'Thanks for the days.' The t-shirt is on pre-sale at this link with all profits going to those living with dementia, a condition Jack Charlton lived with in his latter years. 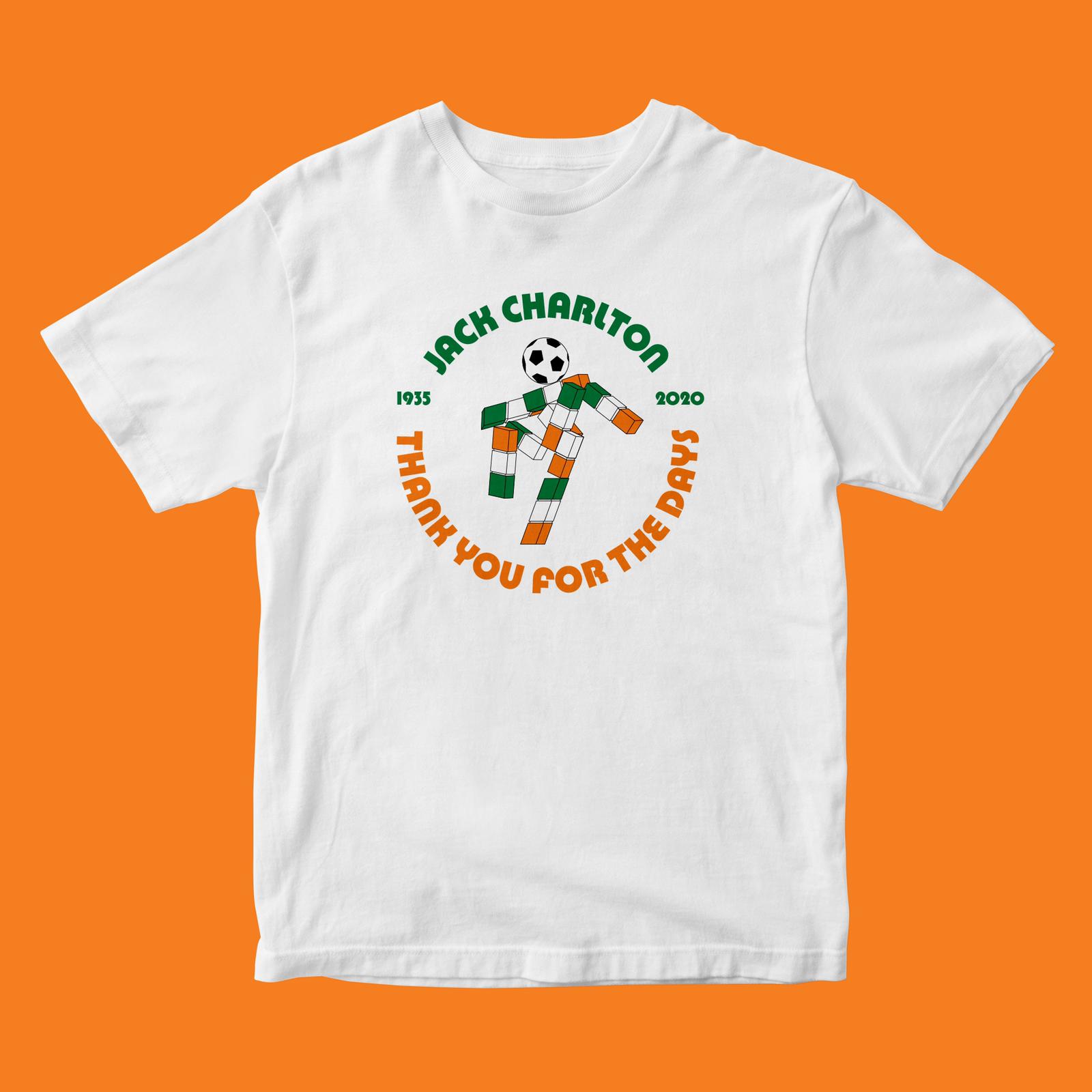 "We were all part of Jackie's Army. We wanted to mark the passing of a true legend. A man who brought joy and madness to our island in bleaker days. A man who united us all as the nation held its breath.

"Profits from this tshirt will go to help those living with dementia in honour of Jack Charlton. A collaboration between Bang Bang, Three Castles Burning and designer Paul Guinan, paying homage to the beautiful Italia 90 branding and an adopted Irish legend. Printed right here in the Hibernian Metropolis.

Whether a birthday present or a personal treat, these t-shirts are a fine piece of memorabilia that will support a great cause.

*Please note this is a pre order. Production will begin late this week. Available to order here: BANGBANG.ie and profits to Alzheimer society of Ireland