We will miss you, Kammy.

Chris Kamara has announced he is leaving Soccer Saturday and Sky Sports at the end of the football season.

'Kammy' has spent 24 years working for Sky across various shows including Soccer AM, Goals on Sunday and most notable as a roving reporter on Soccer Saturday, 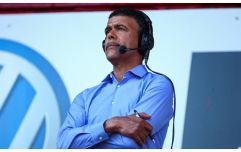 END_OF_DOCUMENT_TOKEN_TO_BE_REPLACED

"My long career at Sky Sports has never felt like work. I've spent 24 terrific years at Sky, and leave with the best of memories," Kamara said in a statement.

"My time on Soccer AM, Goals on Sunday and, of course, on Soccer Saturday with Jeff has been - to coin a phrase - unbelievable. I've had the time of my life, and look forward to tuning in every Saturday as a fan."

Chris Kamara is a Sky Sports legend ❤️ He will be missed. pic.twitter.com/bjhaaC1ORz 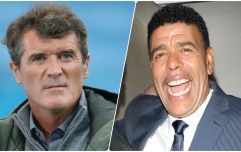 END_OF_DOCUMENT_TOKEN_TO_BE_REPLACED

A Sky Sports statement read: "After 24 brilliant years at Sky Sports, including many years as a star of Soccer Saturday, Chris Kamara is leaving the show at the end of the season.

"The Soccer Saturday show paid tribute to him this afternoon, and he leaves with our thanks and very best wishes."

Gary Hughes, Sky Sports Director of Football, added: "Kammy has been a Sky Sports star. Everyone has a favourite Kammy anecdote or highlight, and the tribute we paid to him on air this afternoon really shows the special place he has in the hearts of our viewers.

"We've been so lucky to have him, and he will always be part of the Sky Sports football family."

A true icon of sports broadcasting, he will be missed by viewers nationwide.


popular
World Cup 2022 Day 18: All the major action and talking points
Gary Neville sticks up for Ronaldo as contextless pictures and videos taken as gospel
Brazil star responds after Roy Keane slates dancing celebrations
Cristiano Ronaldo's sister blasts Portugal boss' decision to start forward on the bench
Ballyhale's Colin Fennelly felt Ballygunner's victory speech was disrespectful
Eniola Aluko responds to criticism after on-air mistake on ITV
"There's no soccer, hurling, or rugby" - Kilcoo's secret to success
You may also like
5 years ago
Promo for Jeff Stelling and Chris Kamara's Journey to Croker looks unreal
5 years ago
WATCH: Chris Kamara belts out a Ronan Keating classic in a Carlow hotel
5 years ago
#TheToughest: What can Gaelic football learn from soccer?
5 years ago
Chris Kamara has his say on Jeff Stelling's possible retirement
6 years ago
WATCH: Fraser Forster refusing to speak to Chris Kamara was one of TV's cringiest moments
6 years ago
VIDEO: Alberto Moreno's attempt at performing a Soccer Saturday classic is atrocious
Next Page