Chelsea are preparing to make a move for Manchester City winger Raheem Sterling this summer, providing that they can offload Romelu Lukaku.

The Mirror reports that Chelsea boss Thomas Tuchel is keen on bringing Sterling to Stamford Bridge. The England international is yet to agree terms on a new deal with the Premier League champions. 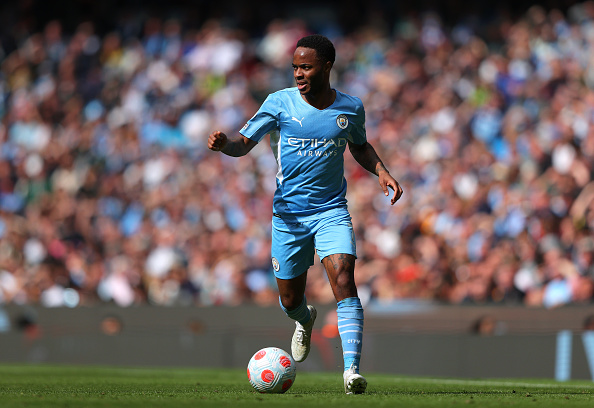 Romelu Lukaku is currently in talks over a return to Inter Milan.

END_OF_DOCUMENT_TOKEN_TO_BE_REPLACED

Any move however hinges on the future of Lukaku, who is expected to return to Inter Milan after agreeing with Tuchel and Chelsea's new owners that a move away would be the best solution after a disappointing first season back in West London.

The Blues want Inter to pay a fee of around £20m and the majority, but preferably all, of the Belgian forward's £300,000 a week wage to send him back to Italy on loan.

Inter are not so keen to pay that much and have proposed a loan fee of £7m while Lukaku himself is also said to be prepared to take a significant wage cut in order to allow the move to be sanctioned.

Sterling has struggled to be a regular starter at City.

If a deal is agreed, it will allow the Blues to step up their pursuit of Sterling with new owner Todd Boehly expected to be the driving force in the negotiations.

END_OF_DOCUMENT_TOKEN_TO_BE_REPLACED

But the 27-year-old has found it hard at times to be a regular starter under Pep Guardiola and has one year left on his contract, meaning City could be open to selling him to avoid losing him on a free though.

City wouldn't let him leave on the cheap though, with the reigning champions expected to command a fee in the region of £50-60m to sell him.


popular
Roy Keane cracked up Ian Wright and Gary Neville with England team spirit remark
Roy Keane shoots down ITV presenter's 'excuse' for England's draw with USA
Wales supporter who travelled to World Cup with his son dies in Qatar
'I was so stressed the week before the All-Ireland and I ended up having a panic-attack' - O'Shea and O'Sullivan open up
Amancio Ortega interested in buying Man United from Glazers
World Cup 2022 Day Seven: All the major action and talking points
The nine England World Cup footballers who could have played for Ireland
You may also like
3 weeks ago
Looking back at the best Tottenham vs Liverpool clashes of the past
3 weeks ago
Man City club doctor takes aim at Jurgen Klopp in deleted social media post
3 weeks ago
Player ratings as Man United beat West Ham thanks to Marcus Rashford goal
3 weeks ago
Liverpool Leeds player ratings: Crysencio Summerville stuns Reds at Anfield
4 weeks ago
Five talking points as Liverpool face Leeds at Anfield in a crucial Premier League game
1 month ago
Referee Bobby Madley to make Premier League return four years after being sacked
Next Page