Chelsea have £3m bid for their own player rejected

Tuchel wants the player back as cover.

Chelsea have been dealt a fresh blow in their attempts to solve their left-back injury crisis. The Premier League have had a £3m compensation offer to bring Emerson Palmieri, their own player, back to Stamford Bridge rejected.

The Blues offered Lyon a compensation payment to end Palmieri's season-long loan with the French club in January, but they refused to accept the offer, according to reports. 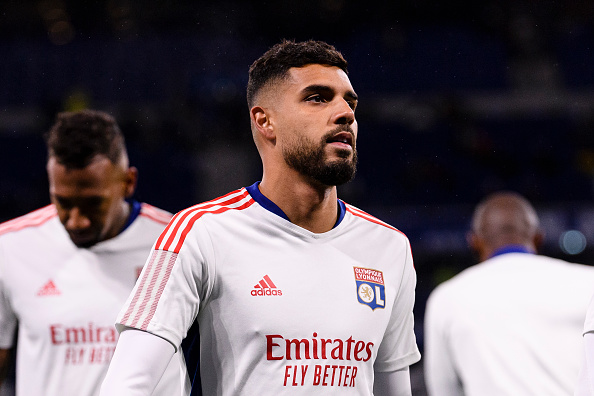 END_OF_DOCUMENT_TOKEN_TO_BE_REPLACED

According to reports, Thomas Tuchel has been keen to solve his left-back problem ever since Ben Chilwell was ruled out for the season with an ACL injury.

Emerson joined Chelsea in 2018 from Roma for a fee in the region of £20m but made just 54 starts since arriving at Stamford Bridge.

The 27-year-old Italy international has enjoyed a successful spell in Lyon this season - making 19 appearances, with 17 coming as a starter.

No expectation at Chelsea of Emerson coming back before the window shuts. They tried a few times but it's not been possible and the expectation is he will see out what has been a very successful loan at Lyon. #cfc

Chelsea are still competing on four fronts this season and Spaniard Marcos Alonso is the only fit recognised first-team left-back at the club.

END_OF_DOCUMENT_TOKEN_TO_BE_REPLACED

Tuchel's men currently sit 10 points behind league-leaders Manchester City, but are in the final of the Carabao Cup where they will face Liverpool in February.

They also have an FA Cup fouth round tie against Plymouth to look forward to, as well as a Champions League Round of 16 clash against Lille.

Recent form has seen the Blues dragged into a battle for fourth place, with Manchester United - who currently occupy the final Champions League spot - boasting two games in hand on Chelsea.

London rivals Tottenham also have four games in hand on Chelsea following several Covid-19 postponements and four wins would take Antonio Conte's side above the Blues.