Manchester City may have won the battle on Tuesday night in the UEFA Champions League, but it may prove very costly.

Manuel Pellegrini saw his side emerge winners over Dynamo Kiev by a 3-1 aggregate score after a goalless draw at the Etihad.

The game overall was a very drab affair, as Kiev failed to muster any attempt of note in the opening 45 minutes.

However the game's key talking point came after just five minutes, when Vincent Kompany appeared to catch his leg in the turf as he was making a clearance.

The injury means he is likely to miss the Manchester derby at the weekend, and his loss was further compounded when his central defensive partner Nicolas Otamendi was also taken off with an injury minutes later.

A premature end to this #UCL night for City's captain Kompany. pic.twitter.com/Rma70CuDuK

City's hopes of winning the Champions League look bleak without their front line defensive partnership, and the stats back it up.

There was firstly the devastating fact of how Kompany's muscles are made of glass.

The injury means he is likely to miss even more games for the club.

This is Man City's 46th game of the season and Kompany was making just his 18th appearance. Injuries now costing him and City big time.

And losing his defensive partner looks like it will have a huge impact on City's silverware ambitions domestically and in Europe.

194 - Man City have conceded a goal every 194 mins in the PL this season with Kompany on the pitch, compared to every 65 mins without. Off.

And there wasn't much sympathy from Manchester United fans. 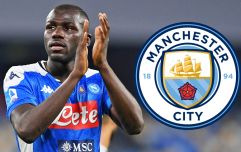 END_OF_DOCUMENT_TOKEN_TO_BE_REPLACED

With a second league title in three seasons drifting away from Manuel Pellegrini the UEFA Champions League would have been top of his priority list to end his tenure on Manchester on a high.

But without their leader and captain Kompany that will be all the harder task.

Th other last 16 clash went all the way to penalties as there was no separating Athletico Madrid  and PSv.

The game ended 0-0 after the 210 minutes across both legs and so both sides had to prepare for the lottery of penalties.

Cleary both teams were well prepared, but ultimately a costly miss was punished by Juanfran.

PepsiCo has kicked off the next phase of its UEFA Champions League sponsorship with a new on-pack promotion that gives you the chance to win prizes every hour with #GAMEREADY Doritos packs.

Prizes include official UEFA t-shirts and footballs to tickets to the quarter-finals, semi-finals and the final in Milan on May 28th. 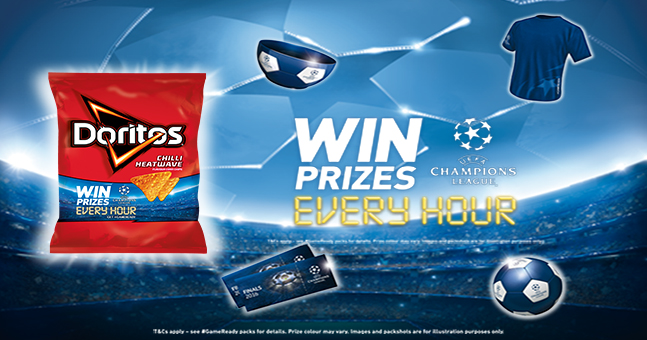 
popular
The SportsJOE 12 o'clock quiz | Day 189
QUIZ: Guess the footballer from their Wikipedia page #11
"My job at Sky is not to be a cheerleader for Rory McIlroy" - Paul McGinley
Conor McGregor shares DMs from Dana White to justify boxing comeback
QUIZ: Can you guess the football shirt sponsors of these classic 90s kits?
The SportsJOE 12 o'clock quiz | Day 188
QUIZ: Can you name every top European football club that begins with 'L'?
You may also like
1 month ago
Personality test: YOU get to choose Lionel Messi's next club
1 month ago
Lionel Messi has reportedly chosen his club after Koeman talk
1 month ago
Bernardo Silva goes back for a second nibble at Liverpool fans
1 month ago
Aymeric Laporte grateful to have Rio Ferdinand in his corner after City slump
1 month ago
Jamie Carragher's reaction to that Raheem Sterling miss was all of us
1 month ago
Packed Premier League schedule isn't fair - it's not even fun for fans
Next Page