The Hoops comfortably beat their fierce rivals thanks to three first-half goals. New signing Reo Hatate continued his excellent start to life in Glasgow with an impressive brace and assist. 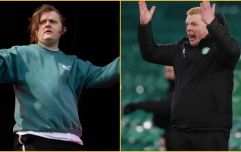 END_OF_DOCUMENT_TOKEN_TO_BE_REPLACED

His first, a well-timed effort from the edge of the box - which took a slight deflection before curling the ball out of McGregor's reach to put the Bhoys two goals ahead.

Hatate then scored again, curling past McGregor after a slick team move.

Ange Postecoglou's side then made it three as Liel Abada connected with Hatate's cross to arrow the ball home as the home side ran riot to go to the top of the Cinch Premiership for the first time since September.

It was a humiliating night for Giovanni van Bronckhorst's men and while Rangers fans were left seething by their team's display, Celtic fans were left laughing at their rivals.

END_OF_DOCUMENT_TOKEN_TO_BE_REPLACED

Even the ball boys around the pitch weren't going to let the away side's misfortunes go unnoticed - with many spotting them winding up McGregor after Celtic's first goal. As the veteran 'keeper picked himself up off the floor, he was treated to pointing and laughing gestures from the ball boys behind the goal.

The second half also saw a further incident as another ball boy could then be seen kicking the ball away as the 40-year-old went to collect the ball to take a goal kick. 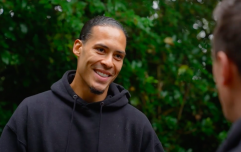 END_OF_DOCUMENT_TOKEN_TO_BE_REPLACED

Van Bronckhorst was reportedly fuming with the antics of the ball boys and, according to the Daily Record, complained to referee Bobby Madden, who was forced to speak to a member of staff at Celtic as a result.

The win for Celtic means they are now one point clear of Rangers with 14 games left to play.