"I took him off and the mess began there."

Carlo Ancelotti has said that a dispute with Gareth Bale ultimately led to his departure from Real Madrid. Ancelotti said the player was "selfish" and an incident between them caused a "mess" which led to his exit from the club in 2015.

The current Napoli manager joined Real as coach in 2013, the same summer Gareth Bale arrived for a then-world record fee from Tottenham Hotspur. 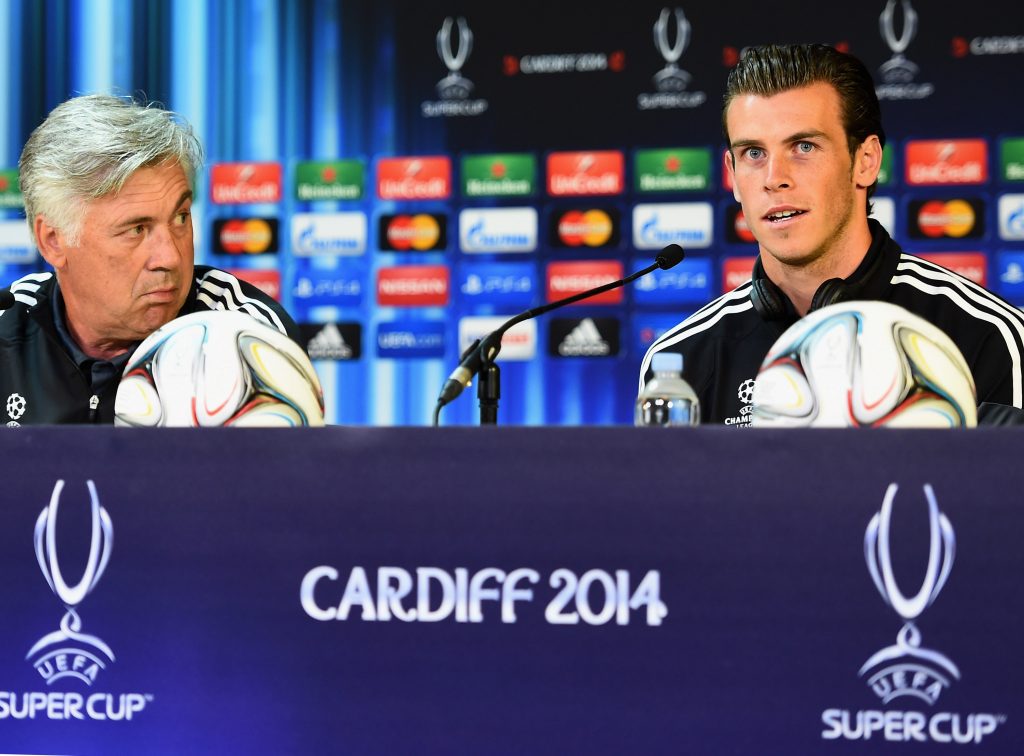 The pair enjoyed a successful first campaign working together.

Real Madrid won their 10th European Cup with an extra-time victory over city-rivals Atletico in Lisbon, with Bale scoring to make it 2-1 on the night.

However, despite winning the Champions League in his first season, Ancelotti lasted just another year at the club before getting sacked. 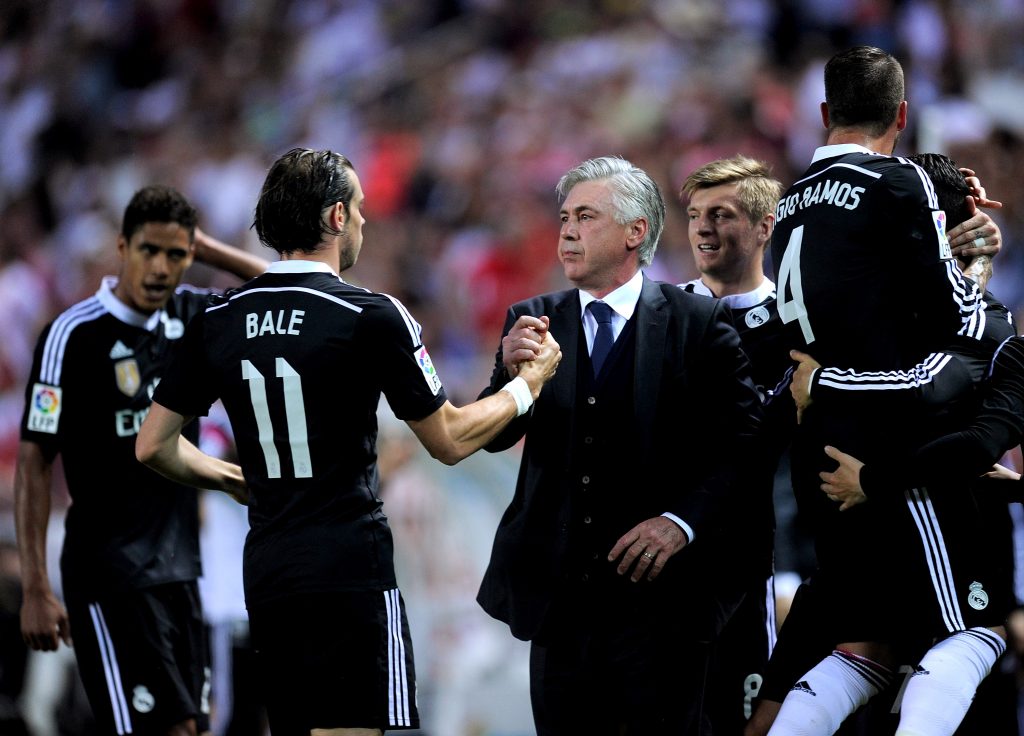 The former Chelsea coach has said that disagreement with Bale led to him getting on the wrong side of Florentino Perez. The Real Madrid president sanctioned Bale's transfer and has been his staunchest supporter at the club.

"If there is something that drives me crazy, it is selfishness. When a player has to pass the ball and does not pass it," Ancelotti told Il Napolista.

"I paid for that in the first person. At Madrid, I took off Bale in a game against Valencia. He had to pass the ball to Benzema, who would have scored into an empty goal, but instead of that, he shot (and missed).

"It was the reason that triggered an argument with Florentino, I took him off and the mess began there." 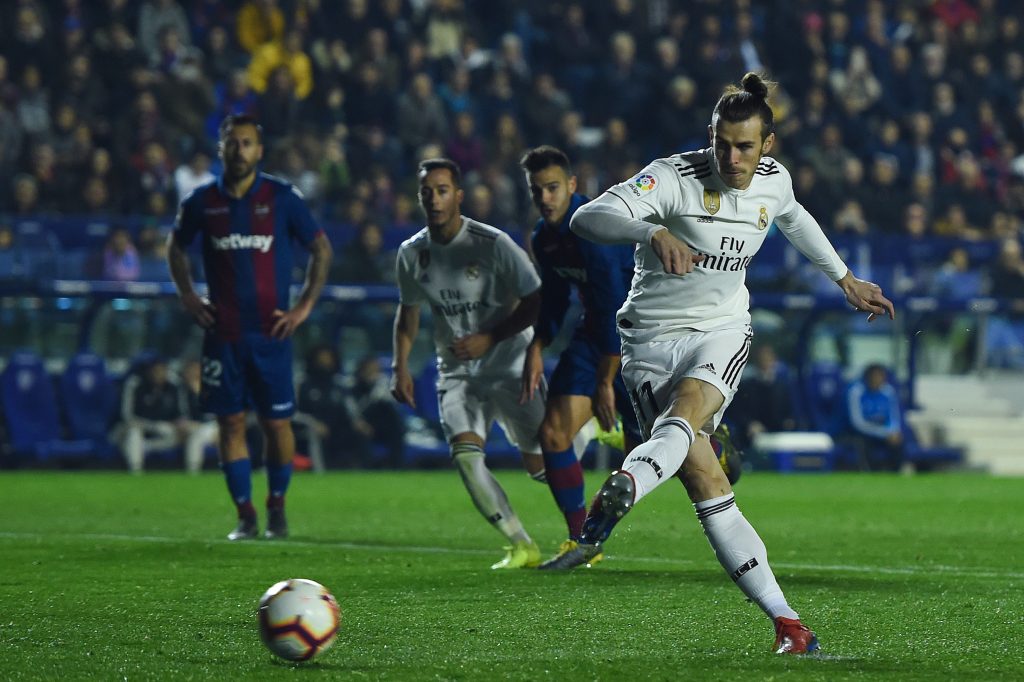 END_OF_DOCUMENT_TOKEN_TO_BE_REPLACED

If reports are to be believed, Ancelotti isn't the first Real coach to fall out with Perez over the Welshman.

According to Spanish journalist Diego Torres, Zinedine Zidane resigned last May because the club president broke a promise to sell Bale. Torres reports that Zidane had urged Perez to sell Bale at the end of last season as he didn't particularly rate him.

The Frenchman is said to have felt the forward was too "individualistic" and wasn't tactically astute. There were also concerns about his injury record. 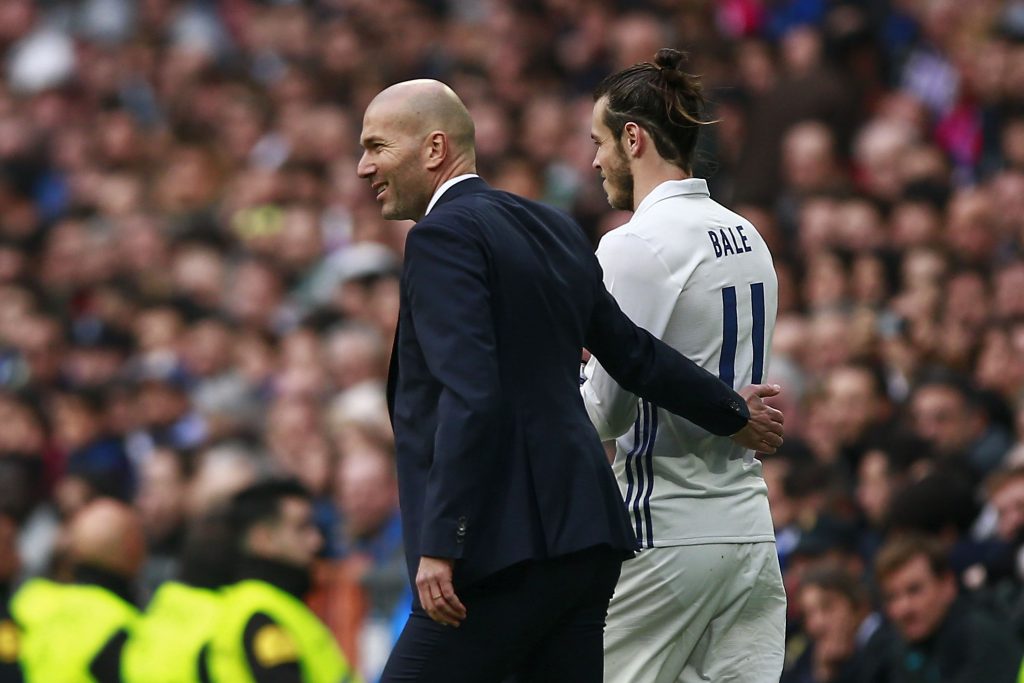 However, Bale came off the bench in the Champions League final against Liverpool to score twice and settle the game.

This reportedly prompted Perez to change his mind, which in turn led to Zidane walking away after two and half successful seasons which saw the club win three European Cups and the Spanish league.

Bale scored a penalty in Real Madrid's 2-1 win over Levante on Sunday after coming on as a substitute in the game. But he didn't celebrate the goal and refused to join the celebrations of his teammates.

"I'm very pleased. He can celebrate the goals however he likes," he said.

popular
Jamie Redknapp's face after going toe-to-toe with Roy Keane as Matt Doherty caught in the crossfire
Referee Mathieu Raynal puts Sexton in his place after TMO mess
Robbie Henshaw one of three Irish players deserving of Lions Test XV
QUIZ: How well do you know Manchester United players of the 2010s?
Ellis Genge reveals death threats received after England's loss to Wales
Sexton compares "brilliant" Irish debutant Craig Casey to Jonny Wilkinson
The SportsJOE 12 o'clock quiz | Day 308
You may also like
5 months ago
Gareth Bale deserves more than the statement Real Madrid released about him
5 months ago
Sergio Reguilón would be a massive upgrade on Luke Shaw for Man United
5 months ago
"It's in the club's hands and they make things very difficult to be honest"
1 year ago
Move over Sergio Ramos, there's a new shithouse in town
1 year ago
Let's talk about Cristiano Ronaldo's ongoing decline
1 year ago
Postponing El Clasico shows two fingers to democracy
Next Page