"I’d forgotten I’d got the winning one."

Caoimhin Kelleher has been speaking about his role in Liverpool's victory over Chelsea in the Carabao Cup final.

The Republic of Ireland goalkeeper started the match at Wembley on Sunday and made a string of impressive saves as the game finished 0-0 after extra time.

Kelleher didn't save a penalty, but he scored what proved to be the winning kick from the spot before Kepa Arrizabalaga hit his effort over the bar. 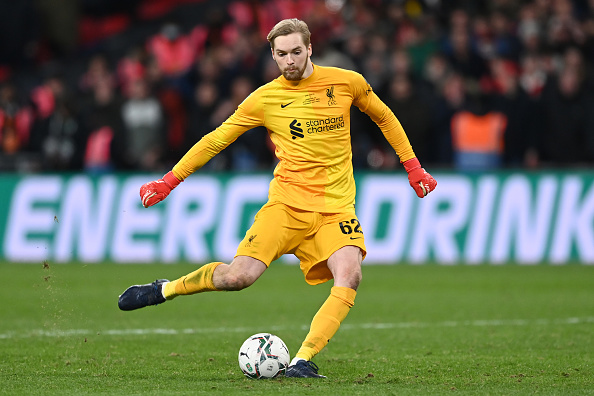 Following the game, Kelleher reflected on his role in the victory - Liverpool's first domestic cup win since 2012. The Cork native, 23, admitted that he had forgotten that his penalty kick was the winning strike.

He also revealed what Jurgen Klopp said to him after the game.

The Liverpool manager told Kelleher that he would take his place on a wall painting at the club's training ground, which features goalkeepers who have won trophies for the Reds. 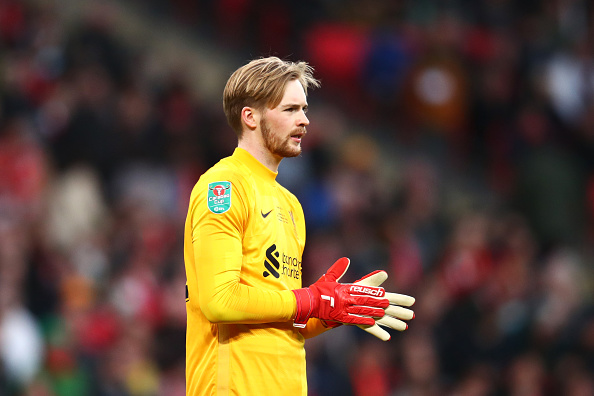 "It’s a mad one. I got close to a few when it came down to me I didn’t even think I had scored the winning penalty," Kelleher told Sky Sports.

END_OF_DOCUMENT_TOKEN_TO_BE_REPLACED

"I’d forgotten I’d got the winning one. All the lads were class, I was just happy to score.

"It was more hit and hope. I got close to a few but all the penalties were very high quality thankfully we were able to win.

"I thought we had scored when we got the disallowed goal but they had a few disallowed, so I think a draw was a fair result overall."

"He (Klopp) just said, 'Well done for scoring the winning penalty, there's a wall with all the goalkeepers on who have won cups so now you can go on that.'"

"I forgot I scored the winning one" - Caoimhin Kelleher is so chilled out 👌pic.twitter.com/c3CC2fnic9

Kelleher was picked to start the cup final ahead of the club's number one goalkeeper Alisson Becker.

Klopp opted to stick with the Irishman after he played every round of the competition for Liverpool this season, and his decision was vindicated.

Meanwhile, on Sky Sports, Jamie Carragher admitted that his suggestion before the game that Klopp should pick Alisson ahead of Kelleher for the final was wrong.

"I was the idiot before the game who questioned playing Kelleher - he's the hero now," the ex-Liverpool defender said.

What a day for Caoimhin Kelleher 💚 pic.twitter.com/Q1BlFbRi3j

Klopp also spoke about his decision to start Kelleher. The German coach praised his goalkeeper and said that he deserved to be part of the victory at Wembley.

"Even in professional football there should be space for some sentiment," Klopp said.

"Caoimhin Kelleher is a young boy, plays in the competition, what do I do? I am two things, a professional manager and a human being and the human being won. He deserves it.

Jurgen Klopp on why he decided to stick with Caoimhin Kelleher in goal for the final pic.twitter.com/tlfWeUp9HH

"At the training centre, we have a wall that all goalkeepers are on who won something and Caoimhin can go on it - that's how it should be - absolutely great.

"I am happy for the people to celebrate something like this. Chelsea are incredibly strong, we matched each other.


popular
The four stone-cold certainties for All-Stars even as early as this
Kylian Mbappe reportedly wants PSG to sell Neymar
Eamon McGee just couldn't help himself with Armagh-melee tweet
Former England Under-21 captain open to playing for Ireland
"He's actually smiling putting the ball over the bar. He should nearly be fainting." - Ryall on Limerick's legacy
Anthony Joshua admits that he was 'let down by his corner' during Oleksandr Usyk bout
"The economy was one of the big reasons" - Cadogan's move from an electrician to personal training
You may also like
5 days ago
Liverpool set £60m Mo Salah price as contract talks continue
1 week ago
The behind-the-scenes story of how Bayern signed Sadio Mané from Liverpool revealed
1 week ago
The incredible ways Sadio Mané has helped to transform his home village in Senegal
1 week ago
Jay Spearing linked with surprise Liverpool return
1 week ago
Liverpool wrap up their transfer business before Man United even sign a player
2 weeks ago
Liverpool to face four of the 'big six' after Champions League fixtures
Next Page