24 years of age, three full seasons under his belt, Callum Robinson is going back to the big time and he's ready.

Three years ago, despite dropping a division themselves, Aston Villa offloaded Robinson and it's proving to be a misstep.

Robinson signed for Preston, by way of a loan to Bristol City, and has gradually built himself into a quality attacker with international experience and a bright future ahead of him in the Ireland jersey - and now the Premier League. 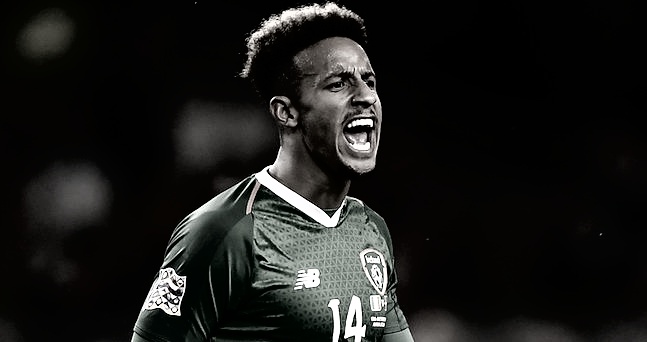 There were only about a hundred seconds on the clock at Lansdowne Road when something was so obvi...

On Thursday, Preston North End confirmed that they have given permission to Robinson to talk to an unspecified club in the top division.

He hit 12 goals last season in the Championship, playing most of his football wide on the left, and he endeared himself to the Lansdowne Road crowd more and more, showing up well in an otherwise flat end to Martin O'Neill's tenure.

In a statement, the club broke the news to their fans.

"Preston North End can confirm they have accepted a bid from a Premier League club for forward Callum Robinson.

"The player has been given permission to leave the team's Irish training camp in order to discuss personal terms and undertake a medical ahead of a proposed move.

"There will be no further comment from the club at this time." 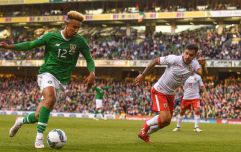 In-form Robinson ready to lead the line for Ireland

END_OF_DOCUMENT_TOKEN_TO_BE_REPLACED

In one rarity of the transfer window, the transfer destination is not yet known for sure but Sky Sports reported last week that Norwich were leading the race to sign Robinson.

Newly-promoted rivals Sheffield United could also be in contention with both clubs well aware of the threat of the player, having faced him at his sharpest over the last couple of seasons.

Robinson has left their Cork-based training camp where the rest of them are honing their hurling skills.

Kilkenny man @SeaniMaguire having a big impact on the squad ☄️pic.twitter.com/TJCr4qxMoZ


popular
The SportsJOE 12 o'clock quiz | Day 136
The daily diet of Manchester United midfielder Jesse Lingard
Jadon Sancho to earn eye-watering salary at Manchester United
"It's not about winning at underage. It's about building players and building people"
COMPETITION: Answer this survey for a chance to win a fabulous stay at the Trident Hotel in Kinsale
"When I signed for Munster, I didn't know Damian was coming as well" - RG Snyman
The SportsJOE 12 o'clock quiz | Day 135
You may also like
1 year ago
Confirmed: Callum Robinson seals move to Premier League
1 year ago
Ireland international Callum Robinson linked with Premier League move
1 year ago
Callum Robinson smashes home double as Preston thrash Ipswich Town
1 year ago
Martin O'Neill laments that Ireland no longer have Robbie Keane, but very few teams have a player like Robbie Keane
1 year ago
Martin O'Neill offers update on uncapped Ireland duo ahead of squad announcement
3 years ago
New unexpected reason for Irish fans to keep tabs on Preston North End arises
Next Page