Brendan Rodgers' three envelopes trick didn't exactly have the motivational impact he might have hoped.

Rodgers used the technique, previously utilised to great effect by Sir Alex Ferguson, in an attempt to inspire his new players after he arrived at Liverpool in 2012.

As shown in the documentary, Being Liverpool, Rodgers' tenure at Anfield began with him showing three envelopes to his squad and explaining how he had written down the names of three players he predicted would let Liverpool down that season and placed the names inside the envelopes.

END_OF_DOCUMENT_TOKEN_TO_BE_REPLACED

Glen Johnson, who was playing right-back for the Reds at the time, opened up on Rodgers' cringe moments at Anfield and explained how the envelope stunt simply didn't land.

"I remember I was looking around like 'is he f*****g serious?" Johnson said on the Kick Off. 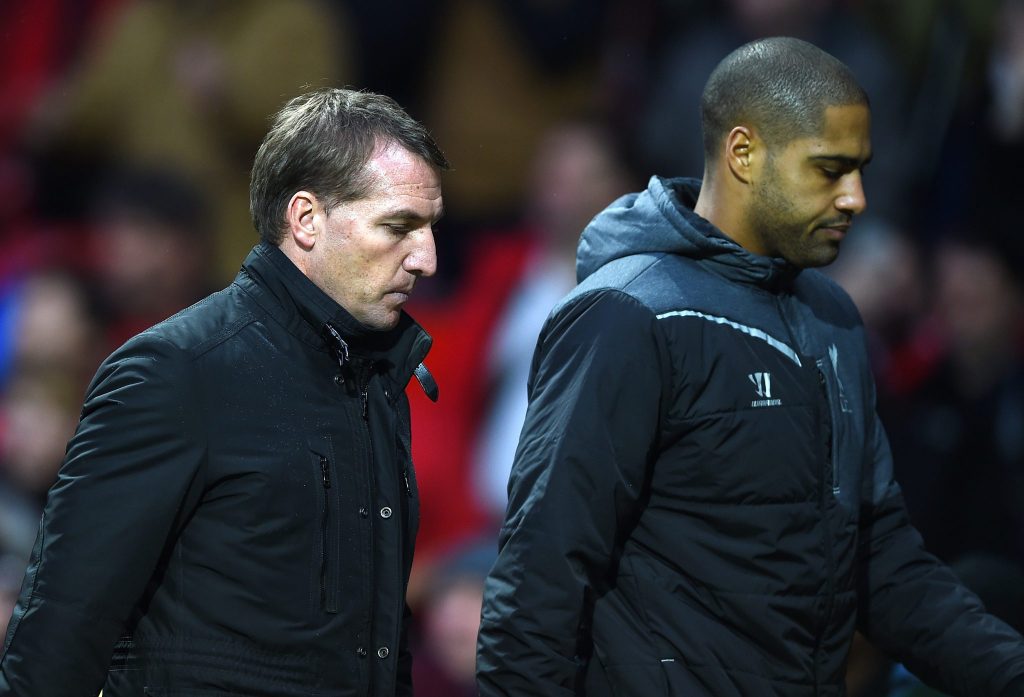 "And you could bet your bottom dollar all those envelopes were empty.

END_OF_DOCUMENT_TOKEN_TO_BE_REPLACED

"After that it was a 'trying to get a reaction' sort-of speech.

"And then over the course of the season hoping that everyone's forgotten about that meeting and no one brings it up."

Johnson, who played under Rodgers for three years with the Reds, suggested that the Northern Irishman has a tendency to try too hard to emulate Jose Mourinho.

END_OF_DOCUMENT_TOKEN_TO_BE_REPLACED

"It sort of stems from when he was understudy to Mourinho at Chelsea," Johnson continued.

"He's got so many mannerisms from him which almost seems like sometimes he's trying to be Mourinho.

"You know when someone's trying too hard? It doesn't carry the same punch."


popular
Ireland team vs. France: Form players rewarded and a welcome return
Man United could be blocked from playing in the Champions League next season
French media's opinion of this Ireland team becomes clear as vital clash nears
Lionel Messi makes decision on Barcelona return
Clive Woodward happy to 'eat humble pie' after bold comments about Ireland
"I should have been more mature" - O'Sullivan's injury trail a cautionary tale for Sigerson casualties
Eight players to watch in tonight's Sigerson Cup semi-finals
You may also like
1 week ago
Former England captain says Fabinho should have sent off for Evan Ferguson challenge
1 week ago
Former Liverpool midfielder Emre Can reveals he had surgery for cancer
2 weeks ago
Liverpool reportedly selling Caoimhin Kelleher for Jude Bellingham funds
2 weeks ago
Steven Gerrard offers his personal service to help Liverpool sign Jude Bellingham
2 weeks ago
Steven Gerrard makes interesting claim about Graham Potter's signings
3 weeks ago
Liverpool's owners have made a massive decision on the sale of the club
Next Page