On February 8, 2008, Bournemouth entered administration and were docked 10 points by the Football League.

The club's debts stood at £4m at the time and their points deduction ultimately cost them a place in League One, as they were relegated by just two points.

Administrator Gerald Krasner said after they entered administration: "If it wasn't for the recent funding from chairman Jeff Mostyn the club wouldn't have made it past last Sunday."

Mostyn added: "Administration is not the end of the club. It's the start of a bright new future."

Indeed, the future was bright for Bournemouth. They may have had debts of £4m in 2008, but by 2018, the club were named as the 28th richest club in world football with revenue generation of £136.8m, according to Deloitte's 2018 Money League Table.

By contrast, Bournemouth were the 82nd highest revenue generating club in the UK in 1996/97 with revenue of just £1.1m.

How did a club that was the 82nd highest revenue generating club in the UK in 1996/1997 become one of the richest clubs in world football?

Moystyn intervened when the club was on the brink of administration. He was believed to have invested a six-figure sum that prevented the club from going into liquidation.

Bournemouth were relegated to League Two and manager Kevin Bond was sacked along with Rob Newman and first-team coach Eddie Howe.

Bond went to join Harry Redknapp as assistant manager of Tottenham Hotspur, while Newman joined Manchester City as a scout, but Howe, Howe was immediately reinstated at the club working in their Centre of Excellence.

He remained in his role there until New Year’s Eve 2008, when he was named as caretaker manager after the dismissal of Jimmy Quinn, with Bournemouth 10 points from safety in League Two. 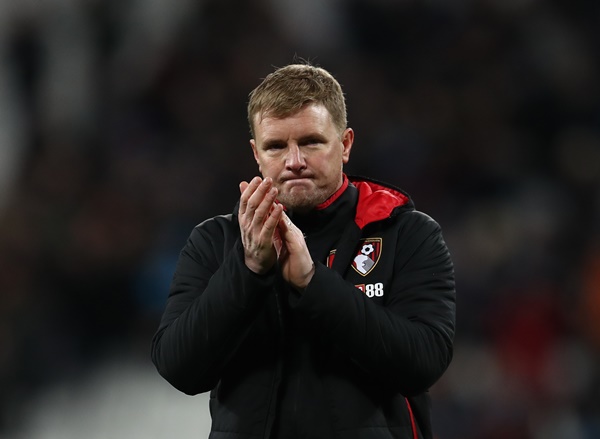 Nine seasons later and Bournemouth are three points from safety in the Premier League, the battle for survivial is seemingly never-ending, but the club are operating in a different world entirely in comparison to their League Two days.

Although Bournemouth were only promoted to the Premier League at the start of the 2015/16 season, they have immediately reaped the rewards of playing in the most lucrative division in world football.

In 2015, the year they were crowned Championship champions, the club had a turnover of £12.9m. The following season, their first year in the Premier League, their turnover increased by £75m to £87.9m.

An extract from the club's accounts published in 2017 reads:

"Other non-exceptional operating expenses increased such as result of higher costs associated with the club playing in the Premier League such as those relating to player loans, player scouting and other stadium and operating expenditure.

"The club recorded an operating profit of £5m (2015: operating loss of £38.1m) which included a gain on disposal of intangible fixed assests in respect of player sales of £10.7m."

Bournemouth attributed the £38.1m loss in 2015 to higher amortisation and depreciation, the financial fair play penalty (a £7.6m fine for exceeding Financial Fair Play limits of permitted maximum losses of £6m for a season with a £10.1m loss in 2014), higher staff costs, which rose to £30.4m, more than double the club's turnover of £12.9m for 2015.

The club said that football wages, including promotion bonuses and paid player signing on fees, were the largest expense for the club, with a 76% increase in total staff costs from the previous year. 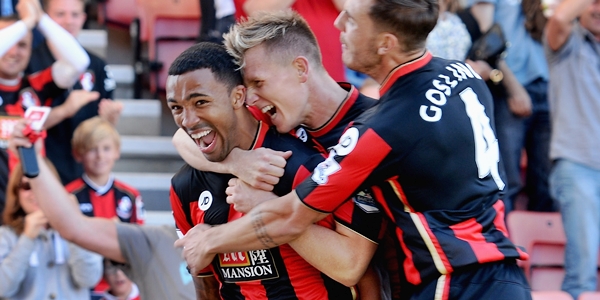 Bournemouth signed nine players on free transfers and undisclosed fees in their two seasons in the Championship, with signings including Callum Wilson, Andrew Surman, Dan Gosling and Junior Stanislas, all of whom have played between 11 and 18 games this season.

The key to Bournemouth's rise is clearly their promotion to the Premier League, but their arrival in the top flight of English football accumulated losses of £15.32m, £10.1m and £38.1m in three consecutive seasons before their promotion.

Each year the losses piled, the club said that football wages were their biggest expense. Bournemouth were playing high stakes Poker.

Eddie Howe unquestionably played a gigantic role in steering the club from League Two to the Premier League, but the club were happy to keep taking losses along the way, even when those losses exceeded financial fair play limits.

Clubs like PSG and City have made a mockery of the financial fair play rules over the course of this decade, but clubs like Bournemouth have also bet big in hope of large pay-offs.

Financial Fair Play sanctions were not a deterrent for Bournemouth but merely a neccessary obstacle. Small infractions were absorbed for a larger pay-off.

Howe has done a magnificent job with his side over the last three seasons and the club are now preparing to transition to a team battling from survival to one of the major financial players in world football.

Bournemouth are planning a new stadium for 2020, they have broken their club transfer record seven times since earning promotion to the Premier League, and their business is booming less than a decade after it nearly went bust.

Saint Jerome wrote in Letter 48 to Pammachius that 'The line, often adopted by strong men in controversy, of justifying the means by the end'. But what did Saint Jerome know about gaining promotion to the Premier League?

Fuck all. The end really does justify the means.

popular
The SportsJOE 12 o'clock quiz | Day 286
"Djokovic is a tool" - Tennis world turned upside down in day of days
SportsJOE 2000s Football Quiz | Round 11
"Newcastle fans have been served up dire tripe for about ten years"
QUIZ: You have 30 seconds to answer this one tricky football question
You'll have to be a diehard fan to get 20/20 in this Liverpool players of the 90s quiz
Wayne Rooney story about Memphis Depay shows why he failed at Manchester United
You may also like
1 year ago
Mark Travers only found out about Premier League debut yesterday
1 year ago
19-year-old Irishman wins Man of the Match in Premier League debut
1 year ago
Premier League sides set to duel over Ireland U21 star Dara O'Shea
1 year ago
Shane Long's hot streak continues with another goal against Bournemouth
2 years ago
Rangers announce signing of Jermain Defoe from Bournemouth
2 years ago
Bournemouth set to bring in two Liverpool players
Next Page