Bernard Brogan one of thousands in green taking over Cardiff

Scotland did us a massive favour on Sunday with their bottle-job against Slovenia, and that result ramped up the importance of tonight's clash with Wales ten fold.

It's all in our hands now. Beat Wales and we're through to a play-off at the very least.

END_OF_DOCUMENT_TOKEN_TO_BE_REPLACED

The Ireland fans, the best fans in the world didn't need an invitation to go ballistic, but its arrival has been welcomed and the streets of Cardiff are being made well aware of it.

The green army are in top form in the Welsh capital city, singing like the mad yokes they are, jumping around the place and supporting their boys.

It may be a home game for Chris Coleman's side, but the unflappable band of Irish supporters will be doing their best to make it feel like the opposite.

They've been doing so all day.

Dublin footballer Bernard Brogan has travelled over for the big game, and he posted a video and there was barely a red jersey in sight.

SportsJOE's Darragh Culhane, along with hordes of other Irish fans met up with Brogan, and it's fair to say the excitement has reached fever-pitch. 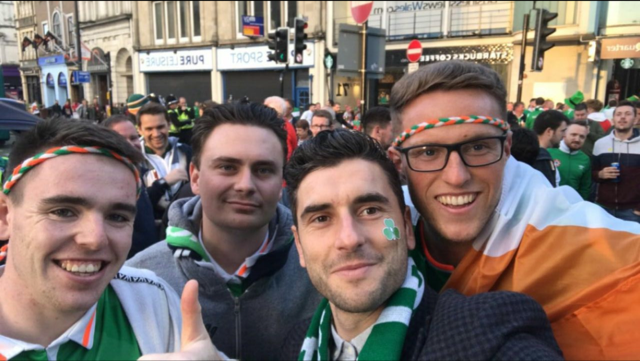 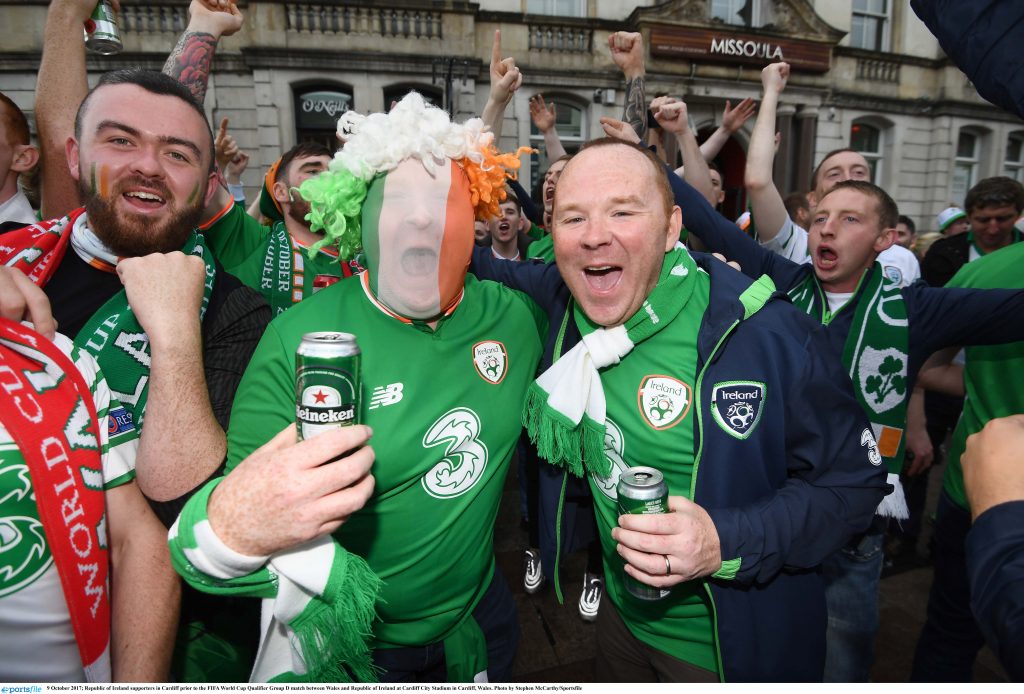 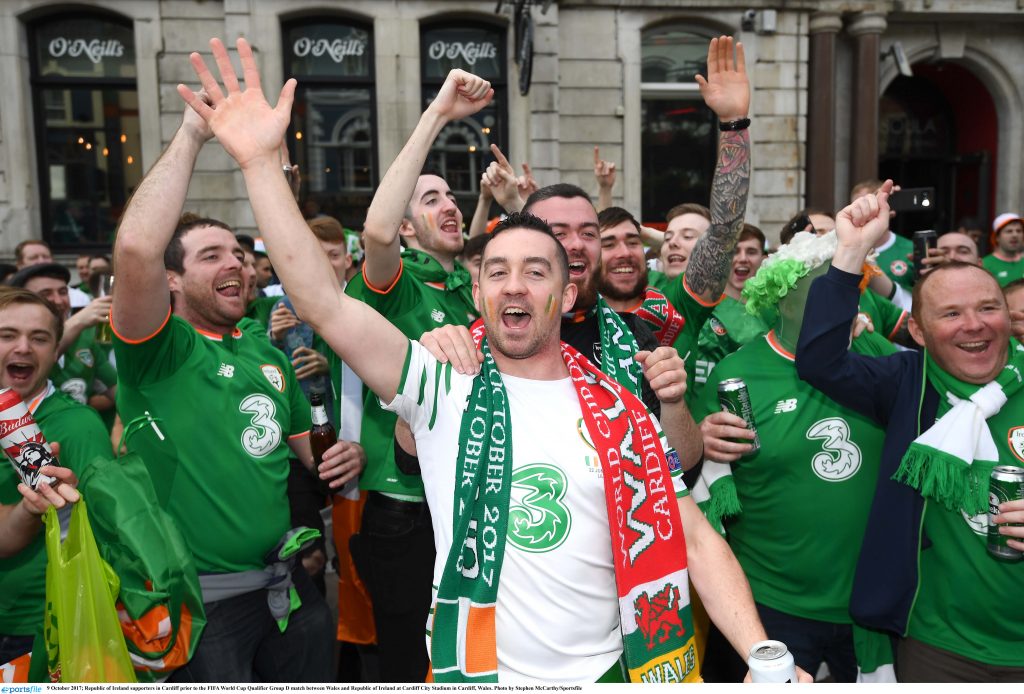 Fingers crossed they're in similar form after the game tonight. 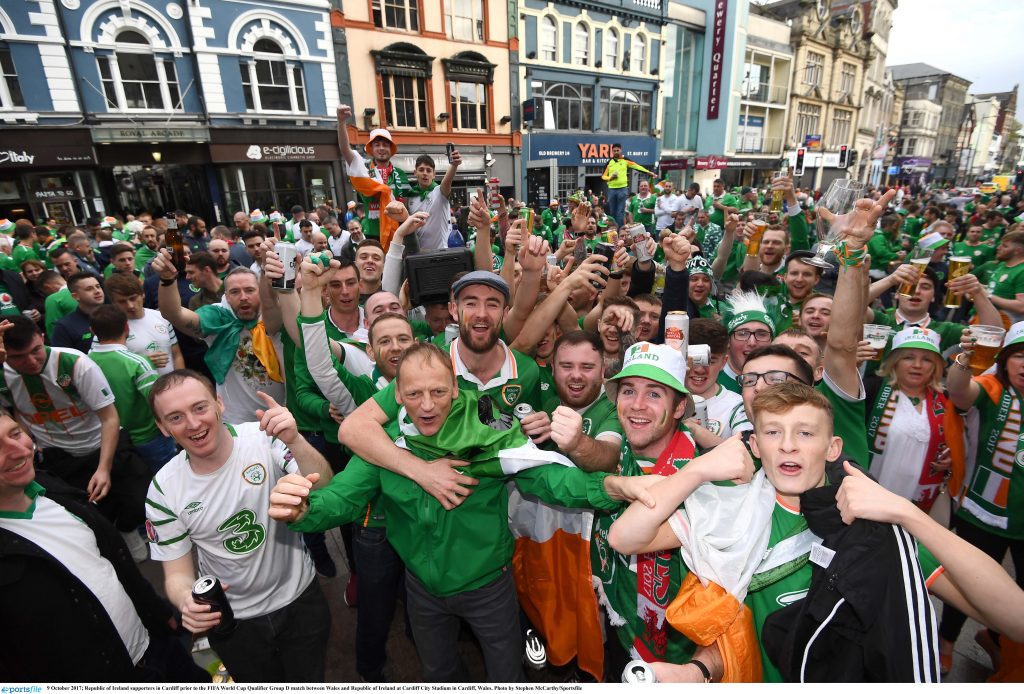 
popular
Solskjaer gamble on Harry Maguire backfires in most horrendous way
José Mourinho swaps Conor McGregor a Roma jersey for some whiskey
WATCH: Munster fans in Paris pay tribute to Anthony Foley with spine-tingling Fields of Athenry rendition
"Come on, who is better than Mo Salah at the moment?" - Jurgen Klopp
"I'll go back running the roads now and make sure my body doesn't get lazy"
Alex Ferguson wrote Mickey Harte a letter - ex Tyrone boss reveals in new memoir
GAA at its best as Bellaghy players run into team-mate who buried his father that morning
You may also like
5 days ago
Claiming Callum Robinson has 'silenced his critics' with goals misses the point
6 days ago
Chiedozie Ogbene gives a brilliant interview after leaving Nemo Rangers behind to chase soccer dream
1 week ago
Callum Robinson performance shows Ireland what could have been
1 week ago
Adam Idah ready to play, but Ireland hit with late blow ahead of Azerbaijan clash
1 week ago
The Ireland XI that should get a much-needed victory in Azerbaijan
3 days ago
Fighting breaks out as Hungary fans clash with police at Wembley Stadium
Next Page