Belgium's massive loss for Euro 2016 is most definitely Ireland's gain

The Belgium captain won't be travelling to France with his country after visiting a Barcelona-based specialist.

The Man City defender limped out of his club's Champions League semi-final second leg in Madrid with a groin injury and is set to miss the rest of the season as well as the tournament in June.

Kompany, 30, broke the news on his Facebook page on Saturday evening.

With Jon Walters having played another 35 minutes during Stoke's loss to Crystal Palace on Saturday - the second game since his return from injury - Shane Long banging in the goals and Ireland's general problems in the treatement room beginning to clear up in time for Euro 2016, the news that Kompany is out for the whole tournament is a hammer blow for Belgium manager Marc Wilmots. 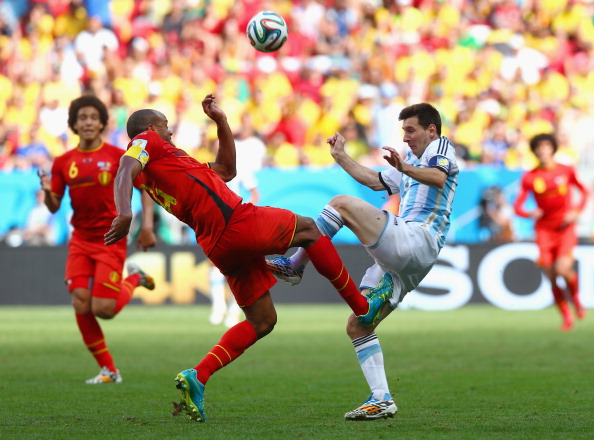 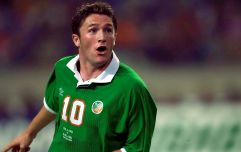 END_OF_DOCUMENT_TOKEN_TO_BE_REPLACED

Ireland face off with the Belgians in Bordeaux on June 18 for their second group clash and will be licking their lips ever so slightly at the prospect of a Kompany-shaped hole in the opposition rearguard.

But, hey, it's not like they don't have any options.

So proud to be the supporters' club player of the season! Thank you to all the fans and my teammates. #TogetherTHFC pic.twitter.com/k0FJnJ02nB


popular
The SportsJOE 12 o'clock quiz | Day 189
QUIZ: Guess the footballer from their Wikipedia page #11
"My job at Sky is not to be a cheerleader for Rory McIlroy" - Paul McGinley
Conor McGregor shares DMs from Dana White to justify boxing comeback
QUIZ: Can you name every top European football club that begins with 'L'?
The SportsJOE 12 o'clock quiz | Day 188
QUIZ: Can you guess the football shirt sponsors of these classic 90s kits?
You may also like
2 weeks ago
"My gut was like, 'Stick Shane Duffy up front and let's go long'"
2 weeks ago
Our Ireland player ratings after a ghastly loss to Finland
3 weeks ago
An exciting Ireland XI we could easily start against Bulgaria
1 month ago
"I hope it doesn't de-rail his career" - Northern Ireland unhappy with Mark Sykes switch
1 month ago
Jeff Hendrick expected to chose Newcastle United over West Ham
1 month ago
QUIZ: Can you name every Irish goalscorer from the 2019/20 Premier League?
Next Page