Coutinho could be on his way for a knockdown price

If there were any lingering doubts over whether or not Philippe Coutinho's move to Barcelona was the worst transfer in the history of association football, this should clear things up once and for all.

Not even three years on from prising him away from Liverpool, Barca are reportedly willing to let him leave in order to avoid paying even more money to the English champions.

END_OF_DOCUMENT_TOKEN_TO_BE_REPLACED

At the time, of course, it seemed like Barca - still blissfully unaware of the financial trouble that was brewing - had done alright out of it. Having been rebuffed the previous summer, Liverpool agreed to their £142m offer for the Brazilian in January 2018. The bulk of the fee was covered by the remainder of the sum they'd received for Neymar a few months earlier. A good deal, surely?

Alas, things haven't exactly gone to plan for Barca ever since. After struggling to recapture his Anfield form over the first 18 months at the Camp Nou, he was loaned to Bayern Munich for a year. As if seeing an expensive, high-profile signing struggle to justify his price tag wasn't already bad enough for those in charge at the club, Coutinho then played a hand in the most humiliating night in Barca's recent history, scoring twice against them as they were emphatically dumped out of the Champions League by Bayern.

Despite his return in the summer, it now seems Barca's financial situation could see Coutinho packing his bags once again. 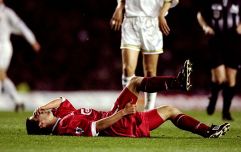 END_OF_DOCUMENT_TOKEN_TO_BE_REPLACED

A report from Sport says that Liverpool will be owed another £18m instalment if the 28-year-old reaches 100 appearances for the Spanish giants. With 90 to his name so far, the club are said to be urgently looking to ship him out, probably as soon as next month.

Clearly, Barca won't be getting anywhere close to the fee they agreed to pay for Coutinho, with some reports claiming he could be available for as little as £45m. Another solution could see him leave on loan for the second half of the campaign with a view to finding a permanent move in the summer.

All in all, an absolute disaster.