Horrendous update on the Barcelona and Gabon striker.

Pierre-Emerick Aubameyang suffered a broken jaw during the violent robbery on his home, earlier this week.

The Castelldefels house of the former Arsenal forward was broken into in the early hours of Monday morning. Armed robbers were reported to have broken in, around 1am, threatened him and his wife. They then forced them to open a safe and stole jewellery.

END_OF_DOCUMENT_TOKEN_TO_BE_REPLACED

Aubameyang was also beaten in the incident and police are investigating the matter. The incident occurred only a couple of hours after he returned from club duty at the Nou Camp, on Sunday - he was an unused substitute as Barcelona beat Real Valladolid 4-0.

It has now been confirmed, by several sources, that Aubameyang suffered a broken jaw during the robbery. He is expected to be out for a number of weeks, with Sky Sports saying he may not return until late September. 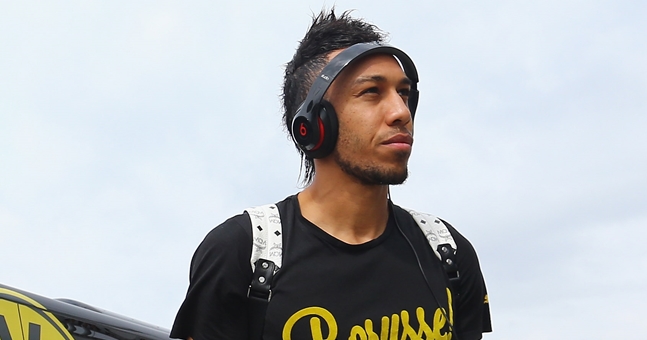 According to David Ornstein of The Athletic, talks with Chelsea are continuing but the injuries he sustained in the robbery 'now complicate the move'.

END_OF_DOCUMENT_TOKEN_TO_BE_REPLACED

Chelsea had been hoping to buy the 33-year-old for around £15m but Barcelona, in desperate need of funds for new signings and salary hold-ups, had wanted closer to £25m. A loan option is also being considered, with the Blues covering all his wages for the season.

Aubameyang moved to Barcelona from Arsenal midway through the 2021/22 season. Since signing for the Spanish side, he has scored 13 goals in 24 appearances. 23 of those outings came last season, with the forward making a solitary La Liga appearance, so far, this season.

The arrival of Robert Lewandowski, and the Pole's early season form, has seen Barca look upon the veteran striker as surplus to requirements.