"I have to select players in better condition" - Arteta on Ozil

Ozil has been left out of the last four matchday squads.

Arsenal manager Mikel Arteta has admitted that he doesn't foresee Mesut Ozil breaking back into the Arsenal team anytime soon, after the German midfielder was left out of yet another matchday squad.

The Gunners defeated Leicester City 2-0 in the Carabao Cup on Wednesday night, a result which follows two successive victories in their opening Premier League games. Ozil has not featured in any of those squads. 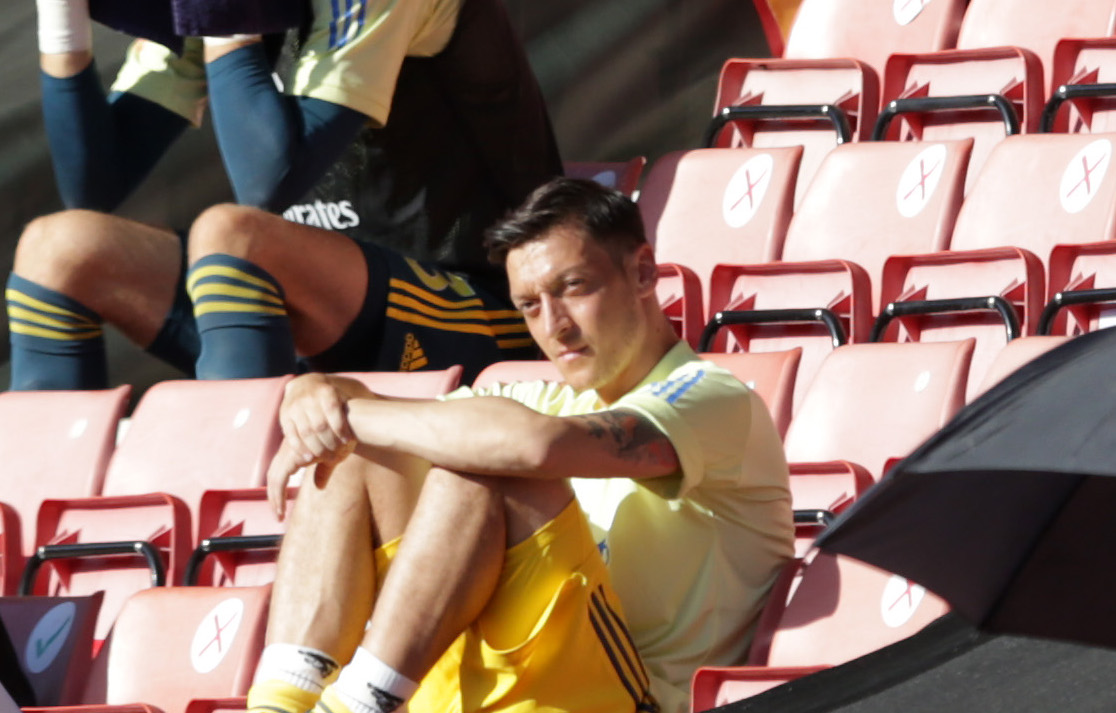 Given that form, and the growing level of cohesion among the players, Arteta revealed that it would be difficult for any players not currently in the matchday squad to make their way into.

"The team is evolving, you can see the level they are achieving," he said.

"This is where we are at the moment. We want to evolve more and play better and compete better. We need to keep maintaining that.

"I'm really happy with the performance here, how difficult they're making things for the coaching staff to select the squad.

"We are picking the players that we believe are the best for each game. You can see we keep training, it's what we're trying to do."

Yeah, but what about Ozil, mate?

"You can see that the players we are changing, we are using, it's very difficult every week - not [just] for Mesut - but for some other players as well to make the squad. Every week we try to pick the right players.

"Of course I understand and I respect your questions, but I have to try to do my job as fair as possible. I try to select the players that are, in my opinion, in better condition."

Ozil, who earns a reported £350,000 per-week on a contract which is due to run out in June 2021, has not featured for Arsenal since the 2019/20 Premier League season was halted due to the coronavirus pandemic.