Mikel Arteta will be using that as fuel for the match.

Gabriel Jesus joined Arsenal this summer from Manchester City and has been a big hit for his new club, but Liverpool manager Jurgen Klopp couldn't help but throw in a sly comment about the transfer.

It was all tongue in cheek of course, but with The Reds set to play the London side on Sunday afternoon in a clash that could really cement Mikel Arteta's team as genuine title contenders, this will certainly throw some fuel on the fire.

When asked in a press conference about the the Brazilian and his early success in an Arsenal shirt, the German native couldn't help but joke about the transfer. 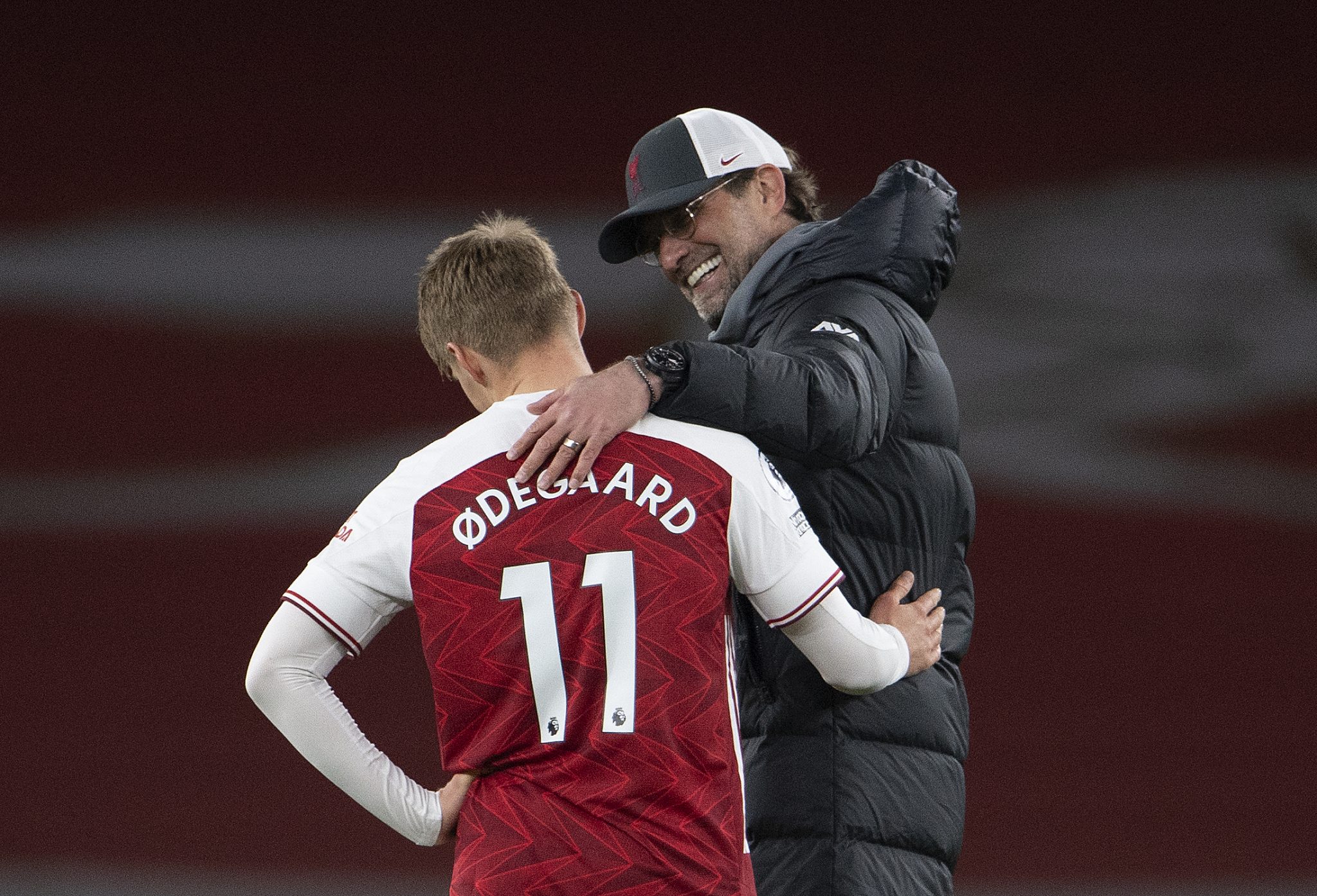 "I know City wouldn't have sold him to every club, but with Arsenal obviously the distance was big enough...geographically."

Although just a joke, the inference is that Pep Guardiola would never have let a striker of that capability go to opponents who might challenge City this season.

Liverpool have been completely dominant against the North London team under Klopp, with players like Roberto Firmino and Diogo Jota finding it particularly easy to score against them. 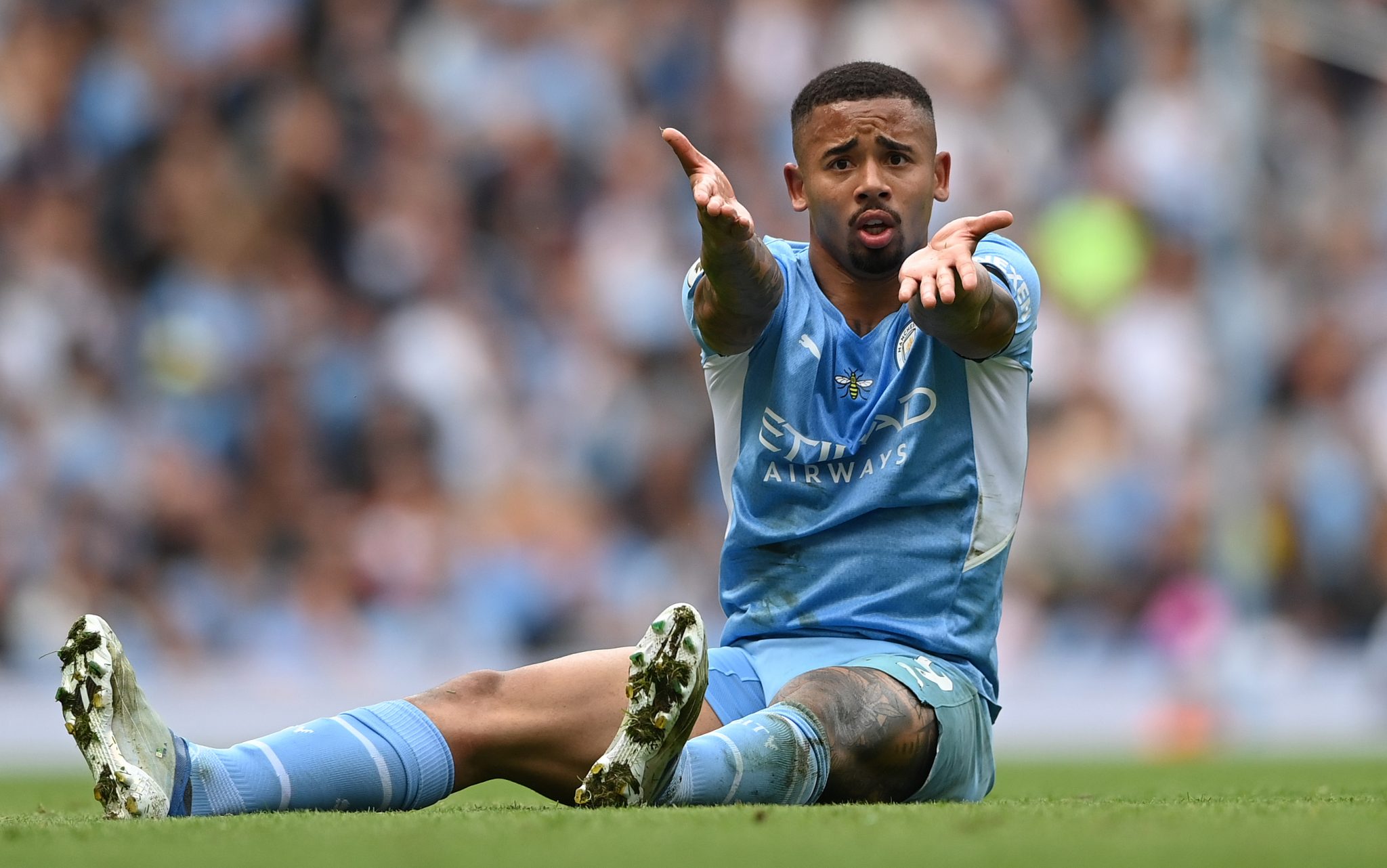 END_OF_DOCUMENT_TOKEN_TO_BE_REPLACED

Although it's the team from Merseyside who have been City's biggest competitors in recent years, Arsenal are in a much healthier place this season.

With nine places and 11 points between Liverpool and the current table toppers, you could argue that for the first time, in a long time, that you would rather be an Arsenal fan right now.

Of course, Klopp was hugely complimentary of the striker as well, and marks him out as a dangerous threat who they need to cope with on Sunday evening. 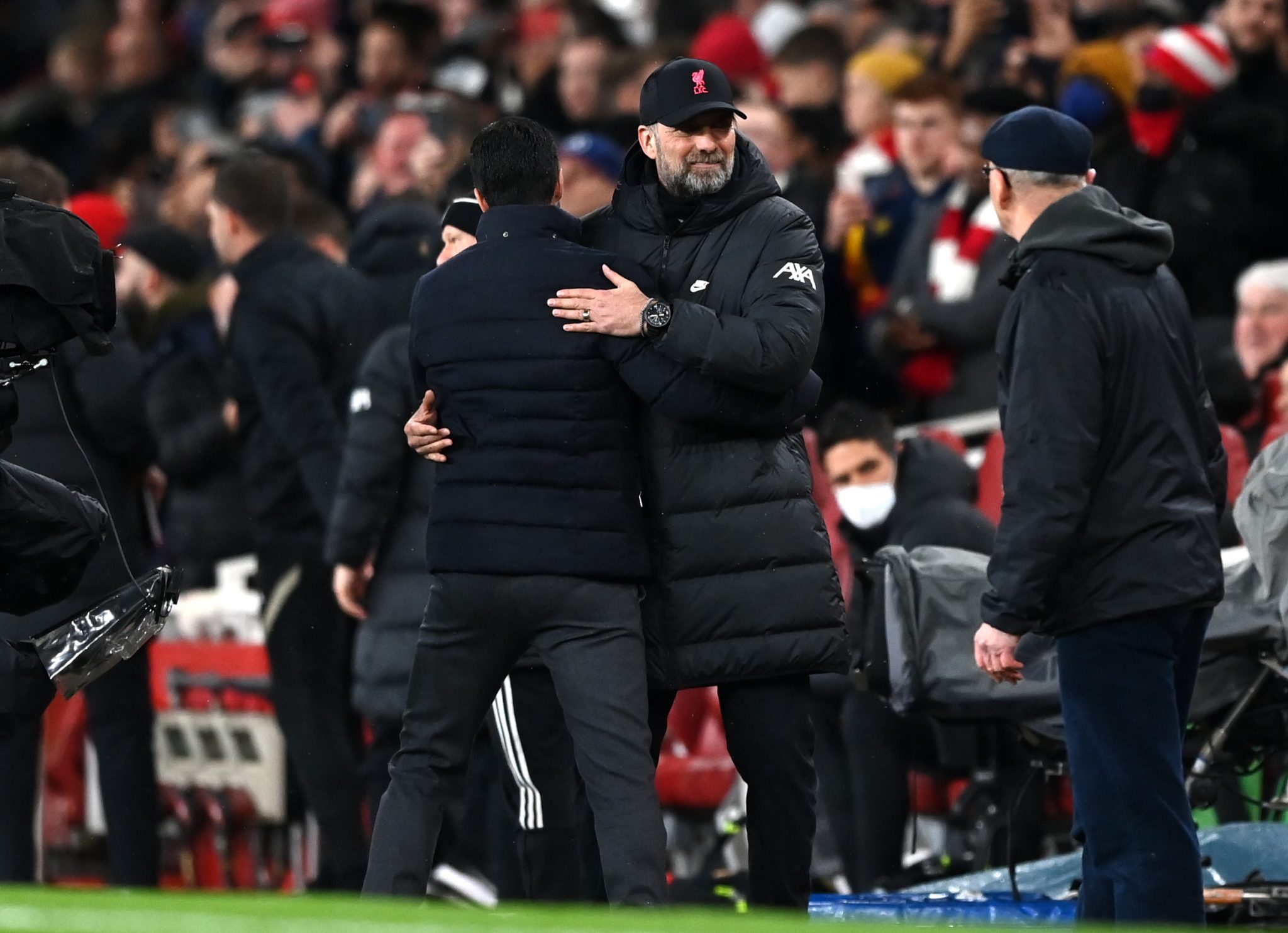 "It's our opponent for the weekend so we have to make sure that he will stop flying for a weekend."


popular
"Every team did it!" - Paul O'Connell on Roy Keane comment to Ronan O'Gara that he couldn't deny
Five confirmed changes and guidelines to have big impact on 2023 Six Nations
"It's crazy to think Bundee Aki might come straight in and start against Wales"
CCCC order replay of All-Ireland club football final
Everton release brutal 59-word statement to confirm Anthony Gordon departure
British publication urges Gareth Southgate to claim Evan Ferguson for England
Owen Farrell praises Johnny Sexton in revealing interview ahead of Six Nations
You may also like
1 week ago
Liverpool reportedly selling Caoimhin Kelleher for Jude Bellingham funds
1 week ago
Steven Gerrard offers his personal service to help Liverpool sign Jude Bellingham
1 week ago
Steven Gerrard makes interesting claim about Graham Potter's signings
1 week ago
Liverpool's owners have made a massive decision on the sale of the club
1 week ago
The best five-team accumulator weekend special for the Premier League
2 weeks ago
Gary Neville: "Jurgen Klopp is equal to or better than Pep Guardiola"
Next Page