Mesut Özil looks set to leave Arsenal this January, with Turkish broadcaster NTVSpo claiming a deal has been agreed with Fenerbahçe for the playmaker.

The German has not played for Arsenal since before the first lockdown last year, when he seemed to be finding some form under Mikel Arteta.

But since the league resumed last summer, Özil has once again found himself cast aside, and was not registered in either Arsenal's Premier League or Europa League squads. 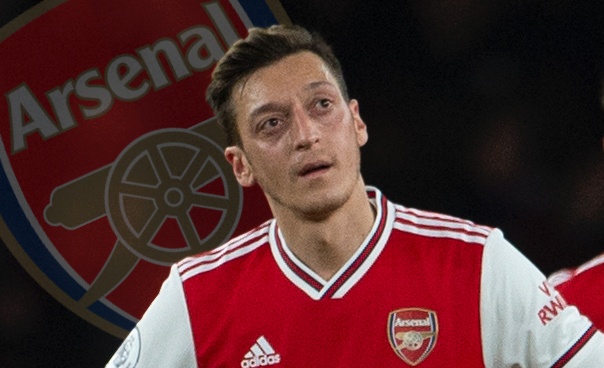 END_OF_DOCUMENT_TOKEN_TO_BE_REPLACED

Many clubs have expressed interest in taking the 32-year-old off Arsenal's hands, one of whom was Wayne Rooney's former club DC United.

Özil turned down an offer from the MLS club and it now looks all but certain that he will be heading to Turkey to help Fenerbahçe's title challenge.

END_OF_DOCUMENT_TOKEN_TO_BE_REPLACED

The 2014 World Cup winner enjoyed some successful spells during his time playing under Arsene Wenger, winning three FA Cups before struggling to convince Unai Emery and Mikel Arteta in the subsequent years.

His perceived lack of work ethic has attracted criticism, and his continued exclusion has sewn the seeds for internal political battles.

His public pledge to pay Gunnersaurus' wages after the man inside the costume was laid off - while generous and wholesome - speaks volumes as to the extent of the cold war between the player and the club.

Regardless of his quality as a player, the situation at Arsenal has grown so toxic, an exit is the best move for all parties - especially the accountants at Arsenal, who will be happy to see his huge wage cleared form the bill.