Conte endured a frustrating night back on his old stomping ground.

Juve secured their passage to the final with a goalless draw in Turin, having won the first leg 2-1 in the San Siro - much to the annoyance of Conte.

The 51-year-old, who spent the bulk of his playing career at Juventus before managing them between 2011 and 2014, reportedly directed a middle finger gesture at Agnelli during half-time.

Italian outlet RAI reported that the Juve chief retaliated at full-time, racing down steps from his seat to shout at Conte: "*** off, shut up you a***hole." 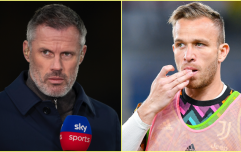 END_OF_DOCUMENT_TOKEN_TO_BE_REPLACED

Asked about it after the game, Conte refused to divulge too many details - though did suggest the blame lay with his former employers.

"Juventus should tell the truth," he told RAI 1. "I think the fourth official heard and saw what happened throughout the match.

"They should be more polite in my opinion. They need more sportsmanship and respect for those who work."

Specifically asked about the exchange with Agnelli, the former Chelsea boss opted not to go into detail. 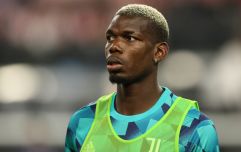 END_OF_DOCUMENT_TOKEN_TO_BE_REPLACED

"What happened at the end of the game? I have neither the desire nor the pleasure to comment on anything. I think that in all things there must be education. Enough."

Having exited Europe before Christmas, Inter will now focus on the league. They currently sit in seconds, two points behind neighbours, AC Milan. Juventus are five points behind Inter in third, but can close the gap to two by winning their game in hand.