"You know what I liked about him? He didn't mince his words."

It is coming up on 11 years since Roy Keane has full held the reins at a football club. Given how his managerial career started, few would have suspected he would have stayed away from taking the top seat.

After hanging up his boots in the summer of 2006, Keane was approached to take over at Sunderland for the following season. He led the Black Cats to a Championship title and promotion to the Premier League.

END_OF_DOCUMENT_TOKEN_TO_BE_REPLACED

They finished 15th in their first season back and Keane sought to strengthen his defence. In came Pascal Chimbonda and the West Ham duo of George McCartney and Anton Ferdinand.

On All To Play For, Ferdinand spoke about his relationship with Keane and how he motivated his players. He also shared the tale of an infamous half-time rant at Ewood Park. 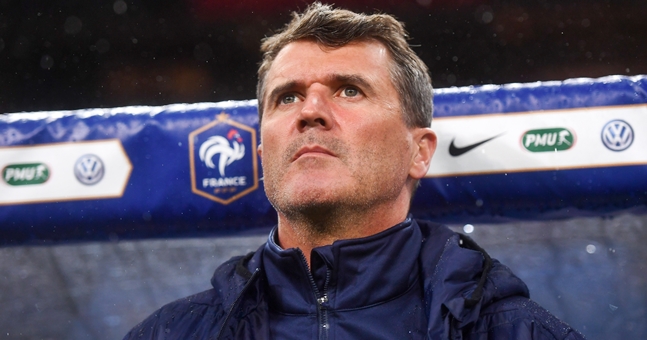 Anton Ferdinand on difference between Roy Keane and Steve Bruce

END_OF_DOCUMENT_TOKEN_TO_BE_REPLACED

Ferdinand says that his respect for the manager was total, as long as they did not talk down to him or treat him like a child. "Treat me like a human being," he said.

"I grew up in Peckham, where you got told right from wrong, and there was no black or white. It was, 'This is what it is. You was rubbish today'. And Roy Keane was like that."

If he was getting an earful from a manager in a private meeting or in the dressing room, he took it on the chin.

"Managers that I had problems with, didn't understand that about me. They looked at me as the player, and didn't want to get to know the person. Someone like Steve Bruce was like that. Me and him had murders sometimes... for me, if he didn't buy you, or there was something about you he didn't like, there was a problem."

END_OF_DOCUMENT_TOKEN_TO_BE_REPLACED

"Do you when you go through your career," Ferdinand continued, "some managers want to protect you, and look after you, because they were the ones that bought you. They don't want to hammer you in front of certain players. He was the complete opposite, and I liked that about him.

"My first game was against Northampton in the League Cup, and we were getting beaten, 1-0 at half-time. Oh mate!

Asked if there was any time Keane may have over-stepped the mark with his brand of blunt assessment, Ferdinand harkened back to a Sunderland away trip to face Blackburn Rovers at Ewood Park. 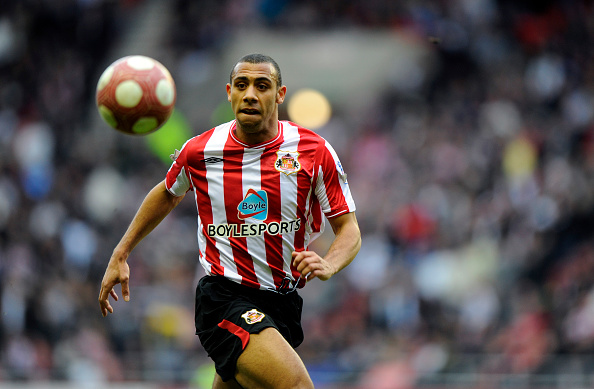 Anton Ferdinand pictured in action for Sunderland, in 2010. (Photo by AMA/Corbis via Getty Images)

"There was this day at Blackburn," Ferdinand recalled, "where he took Djibril Cissé to the cleaners. Oh my God!

"Kenwyne Jones got beaten in the air, for their goal, by Christopher Samba. Kenwyne had the biggest leap, so Roy was fuming. He goes, 'You're meant to have the biggest leap in the Premier League and you're getting beaten to that header? It's a disgrace'.

"Djibril just took it. And he goes out just after half-time and scores. He runs up to him and says, 'Is that alright for you gaffer?' and he starts laughing."

You can see that clip here, and the handshake Roy Keane gave him as he ran over to find him on the bench. In an interview with Cissé, in 2019, the former France international said he "loved" Keane as there was 'no bullshit with the guy'. 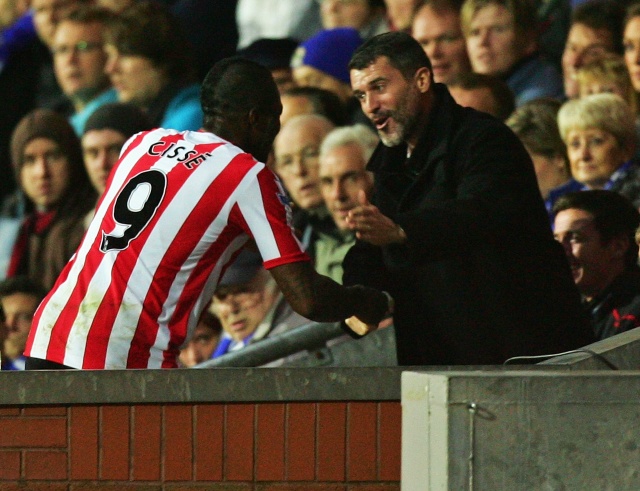 Roy Keane and his reverse psychology

During that same half-time pow-wow in the Sunderland dressing room, at Ewood Park, Ferdinand recalled telling Keane that the team were playing well, despite trailing by that Samba goal.

"All of a sudden, Roy was like, 'Who's going to grab this game by the scruff of the neck? Who's got the bollocks to do this and do that'. Then he looks at me and goes, 'We all know you won't, Anton, because you ain't got any bollocks, have ya?'

"I'm like, 'Okay, cool', but I was fuming inside. I went into the tunnel and I turned to the boys and went, 'Let's ****ing prove him wrong, man. Let's have it. Let's make sure we win this game so we can go back in there and give him some'.

"We went out and Kenwyne scored, just after half-time, then Djibril scored [after 70 minutes]. I blocked one off the line in the last five minutes, and we won the game.

Ferdinand was named Man of the Match in that 2-1 win over Blackburn, with the two other lads bawled out of it by Keane - Jones and Cissé - getting the goals that saw them home.

It was a result that saw Blackburn climb to 11th in the Premier League table. 'The manager said the right words for us," Cissé said after the match.

Within two games, though, Keane was gone. Sunderland lost at home to West Ham and were soundly beaten, 4-1, by Bolton the week after. They dropped into the relegation zone, albeit with plenty of games left to climb the table, but Keane's time with the club was over. He "resigned" from the club.

Sunderland would go on to finish 16th in the league after losing four of their last five games and holding on with just two points to spare.

Keane's next managerial job was at Ipswich Town, in the Championship. He lasted two years at Portman Road and has not held a main manager's job since, preferring to be assistant to Paul Lambert and, mainly, Martin O'Neill instead.

CHECK OUT THAT FULL EPISODE: