Anthony Stokes is on the road again.

The former Celtic, Blackburn, Arsenal and Sunderland striker has been a without a club ever since he left Greek outfit Apollon Smyrni back in April.

The former Republic of Ireland front man joined the Greek side as a free agent in February, just two weeks after he had his contract with Hibs terminated due to disciplinary reasons.

From Greece he's headed to Iran.  Stokes has put pen to paper on a 'lucrative' deal with  Iranian side Tractor Sazi, who are managed by Liverpool legend John Toshack.

He only played four games for Apollon and had his contract terminated after he reportedly failed to turn up to training, without registering a goal for the club.

Indeed these disciplinary issues have sadly become the story of Stokes' unfulfilling career. Once the hottest ticket in Irish football, he stood out for both Cherry Orchard and Shelbourne in the Irish youth ranks. He was turning plenty of heads across the water and Arsenal were delighted to snap the 15-year-old up ahead of the posse in 2005.

He progressed quickly in his new surroundings, breaking in to the Gunners' reserve team shortly after his arrival.

As is the case with the majority of youngsters in such big clubs, Stokes' next few years would involve loan moves aplenty. He shot the lights out in the first of those with Scottish side Falkirk, becoming the first player to score successive hat tricks in SPL games.

A move to Sunderland when Roy Keane was manager didn't work out, but Stokes followed that up with productive spells at Hibernian and Celtic. He joined Blackburn Rovers on a two-year deal in June 2016, but had his contract terminated a year later. 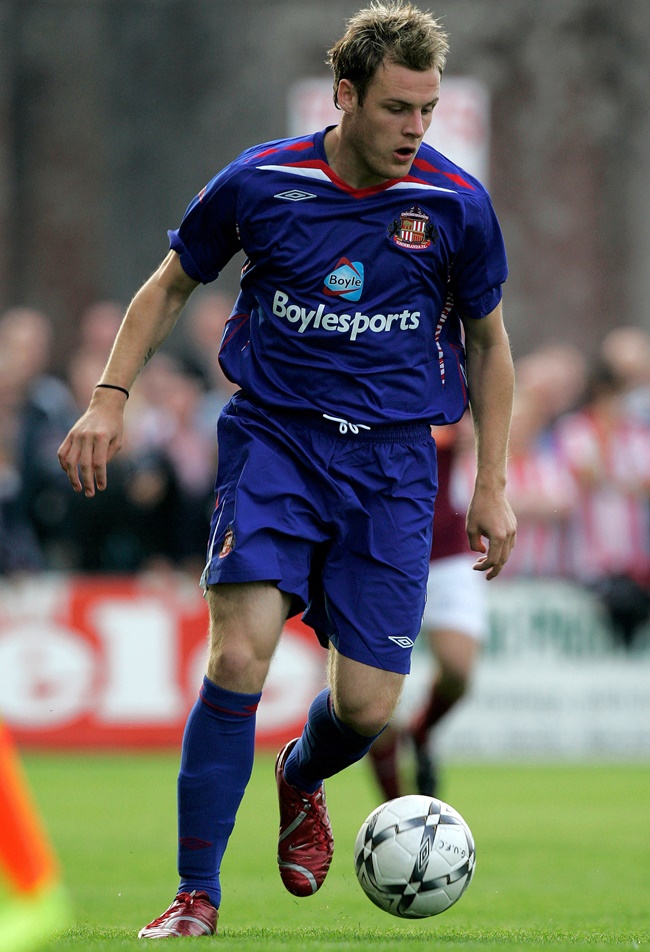 END_OF_DOCUMENT_TOKEN_TO_BE_REPLACED

From there, it's been all downhill.

Neil Lennon had a soft spot for the player at Hibs, but in the end he too was turned off by the Irish man's inability to keep himself on the strait and narrow.

His patience wore thin and that was how Stokes ended up in Greece.

Last week, he had been linked with a return to the League of Ireland with Shamrock Rovers reportedly in the hunt for his signature. Alan Stubbs' St Mirren were also interested.

For now, however, he's in the middle east alongside former Rangers man Harry Forrester.

popular
"There were some tough battles but I was happy to test myself against the best"
QUIZ: Name the clubs to have lost in every Champions League final
"The divil you know is better than the divil you don't" - Larkin stands by Cody
Chris Barrett's tackle stats against Dublin are unprecedented
QUIZ: Name the Man United XI from the last time they led after 17 games
QUIZ: How many of these obscure Manchester United and Liverpool players do you remember?
The SportsJOE 12 o'clock quiz | Day 285
You may also like
2 months ago
Full player ratings as Ireland fall to another defeat in Wales
2 months ago
Matt Doherty awarded man of the match playing left back, says he has no problem playing there
2 months ago
Kevin Doyle easily sums up the difference between England and Ireland
2 months ago
Aaron Connolly ruled out of all three Ireland games along with Callum Robinson
2 months ago
Big blow for Ireland as David McGoldrick announces international retirement
2 months ago
Ireland's qualification in perilous position after defeat in Ukraine
Next Page