They're less French than you might imagine but still, they were pretty damn solid with the ball at their feet.

The Manchester United forward recently spoke to the United Review for a Q&A and revealed the pair of players he most looked up to when his love of football began.

END_OF_DOCUMENT_TOKEN_TO_BE_REPLACED

Overlooking his country's most talented attacking legends such as Eric Cantona, Zinedine Zidane and Thierry Henry, Martial opted for a Brazilian double-act when asked to name his heroes.

The 21-year-old named Ronaldo (the original one) as well as Barcelona icon Ronaldinho as his pair of footballing idols in the Q&A, the highlights of which are below. 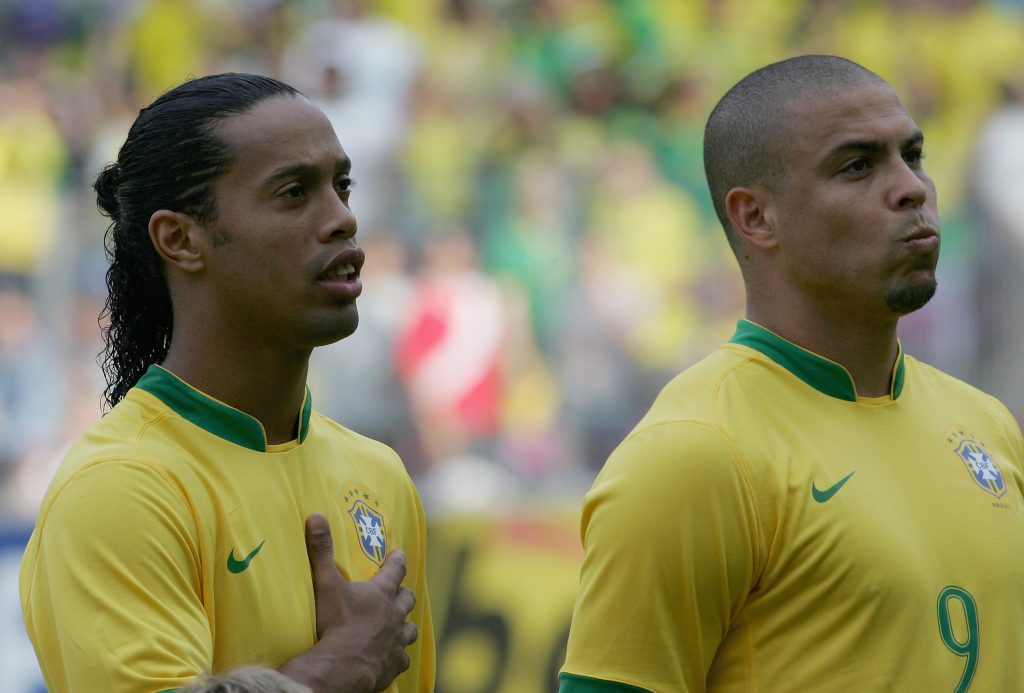 Who was your football hero growing up?
Ronaldo, the Brazilian one, and Ronaldinho.

END_OF_DOCUMENT_TOKEN_TO_BE_REPLACED

What is the greatest goal you’ve ever scored?
It has to be the one against Liverpool on my United debut. Hopefully, I can score against them again.

What was the first football match you ever attended?
Paris Saint-Germain versus Lyon.

Who has been the biggest influence on your career so far?
My family – my brothers and my dad. My brother Johan plays for Troyes in the French Second Division.

If you could go back in time and play 90 minutes for any side in history, which would it be?
Hmm, I’d go for the French national team in 1998 – the one that won the World Cup.