Ole Gunnar Solskjaer will hope the faith he has placed in Rashford and Martial will continue to be repaid.

Only one of Romelu Lukaku's 28 Premier League goals for Manchester United was scored against 'The Big Six'. The Belgian was only of the best goal-scoring bullies against the lesser lights but was often bottled up against the top sides. Anthony Martial, playing as a striker, looks infinitely more comfortable against them.

The Frenchman famously scored a cracker against Liverpool on his Premier League debut and went on to score 17 goals in his first season. However, such is his pace, he has often been deployed as a winger that supports a lone frontman.

Ask most United fans to think of a Martial goal and they will picture him cutting inside, from the left, and curling one (high or low) past a despairing goalkeeper. 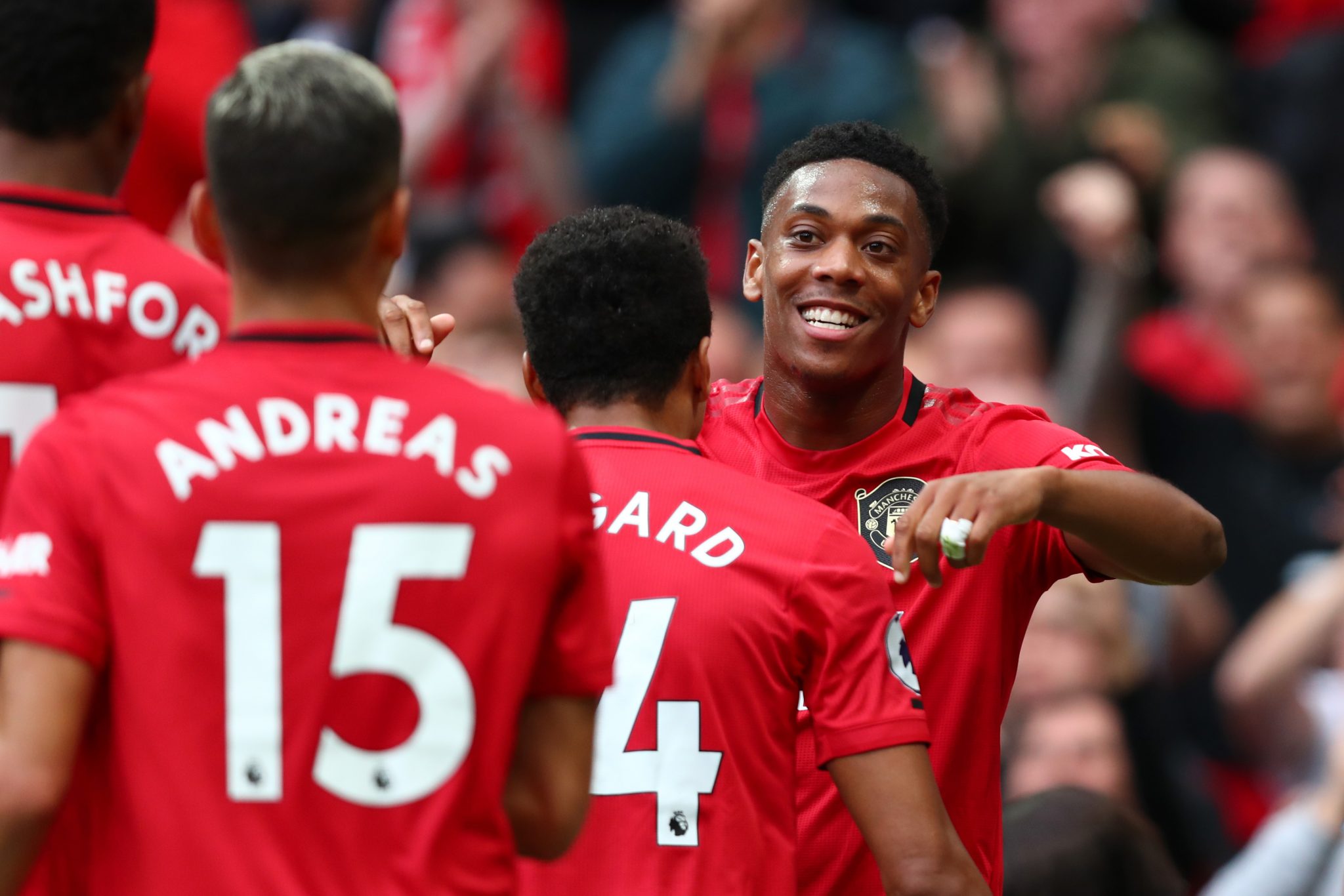 When Ole Gunnar Solskjaer took over from Jose Mourinho, last December, he spoke about deploying Marcus Rashford and Martial in more centralised roles. Romelu Lukaku found himself relegated to the bench as the season progressed but Rashford and Martial struggled to keep up with the scoring load, finishing with 10 league goals apiece.

On Sunday, at Old Trafford, the pair offered a glimpse of what could be possible at post-Lukaku United. Rashford scored a brace while Martial bagged the type of goal arch-poacher Ruud van Nistelrooy would have been proud of.

Keep this up and United may not miss Big Rom too much pic.twitter.com/VFkI1aB7Ne

Martial bombing into the box and busting his gut to get in ahead of his marker to knee one past the goalkeeper. It may not have been the least enchanting of his 49 goals for United but it was enough to break Chelsea hearts. Rashford's goal, 60 seconds later, snapped their spirits.

Asked about the forward duo after United's 4-0 victory, Solskjaer replied:

"It's always important for a striker to score [early in the season]. But the thing is, how do you react? Do you drop your shoulders [in relief] and think. 'I've scored my goal now?' Or do you get hungrier and realise, 'That's where I score my goals?'

"It's not out wide on the left-hand side, showing my skills. It's in that box.

"I was so pleased for Anthony, scoring from five yards after a cross because I don't think we've seen too many of them."

END_OF_DOCUMENT_TOKEN_TO_BE_REPLACED

The Norwegian believes Martial can do the most damage as a striker in a more central role, and one that is encouraged to get into the box and finishing off chances and half chances. His comments were pointed and direct, and the philosophy is in stark contrast to that of Louis van Gaal and Jose Mourinho.

Solskjaer has Rashford, Martial and Mason Greenwood as his only fit forwards but Alexis Sanchez, he said, has played a closed doors match against Blackburn and should return to action later in the month.

Anthony Martial is back in the No.9 jersey he gave up to accommodate Lukaku upon his arrival at Old Trafford.

After literally waiting in the wings for the past three seasons, he looks to be back where he belongs.

popular
Eric Dier calls Dele Alli on his tantrum in All Or Nothing changing room row
SportsJOE 2000s Football Quiz | Round 16
Sean Kelly sums up emotion of a nation as Sam Bennett all but sews up the green jersey
"I've always said I'll go back and play. I'll 100% play with Portlaoise again, and I really want to play for Laois"
The SportsJOE 12 o'clock quiz | Day 181
The Tipp minors who beat Dublin's golden generation: the ones that got away
The Alby Mathewson speech that lit a fire under Ulster
You may also like
3 days ago
Man United beaten to Sergio Reguilon
4 days ago
Sergio Reguilon edges closer to Man United move as talks intensify
1 week ago
'I only have myself to blame for this huge mistake' - Mason Greenwood
2 weeks ago
Sergio Reguilón would be a massive upgrade on Luke Shaw for Man United
2 weeks ago
How will Donny van de Beek fit into Manchester United's midfield?
2 weeks ago
Marcus Rashford puts UK government to shame with creation of poverty task force
Next Page