Could Potter be the man to take over?

Graham Potter is reportedly set to be approached by Chelsea about the vacant manager's job, while former Ireland coach Anthony Barry is in the caretaker role until a new permanent manager is appointed.

Chelsea sacked Thomas Tuchel on Wednesday less than 24 hours after they were beaten by Dinamo Zagreb in their Champions League group stage opener.

END_OF_DOCUMENT_TOKEN_TO_BE_REPLACED

Reports have suggested that the decision to part ways with the German wasn't solely performance-based and that club owner Todd Boehly had made his decision prior to the loss in Croatia.

Anthony Barry is set to take charge of the Blues against Fulham this weekend but plans are being put in place already to ensure the club have a new appointment as soon as possible.

Barry started off as a midfielder with Coventry, in 2004, but made his most club appearances with Yeovil and Fleetwood Town. He retired in 2017, at the age of 30, and went straight into coaching, with Wigan Athletic, under former League of Ireland manager Paul Cook.

Barry joined Chelsea as a coach in 2020 and, for a year, combined that job with being a coach, under Stephen Kenny, with Ireland. He left that Ireland role in 2021 and took on a similar one with Belgium, while still doing his day-to-day with Chelsea. 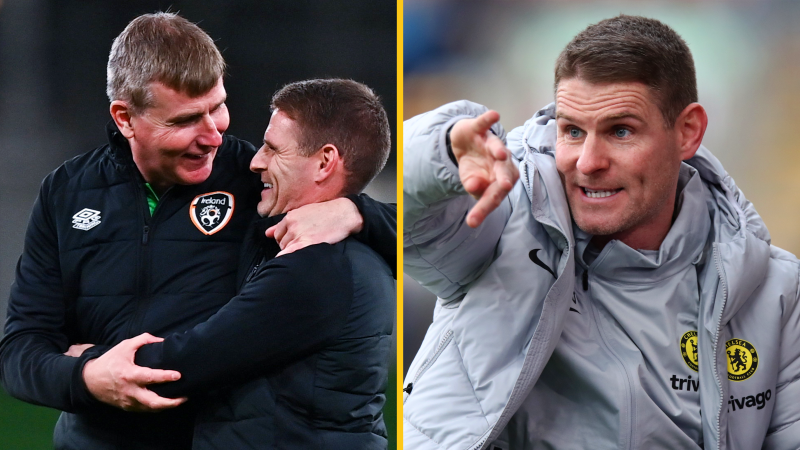 END_OF_DOCUMENT_TOKEN_TO_BE_REPLACED

Brighton boss Graham Potter has grown a reputation for becoming one of the most exciting managers in the top flight and has helped guide them up the table.

Sky Sports have reported that the two-time European champions are expected to ask Brighton and Hove Albion for permission to speak to their manager.

END_OF_DOCUMENT_TOKEN_TO_BE_REPLACED

Boehly wants his next appointment to play a more attacking-style of football and believes that Potter would be the prime candidate to replicate that at Stamford Bridge.

Brighton's most recent win was a 5-2 thumping against bottom of the table Leicester City, with some even wondering if the Seagulls could be a dark horse for European qualification.

The Blues are also looking at alternatives should their pursuit of Potter not come to fruition. Mauricio Pochettino and Zinedine Zidane have been touted as names as well as well as Luis Enrique, according to Metro.

Chelsea are sixth in the Premier League having lost two games all season but after spending almost £300m this summer, would've been hoping for a stronger start.