"He was very talented, was Ando."

The Brazilian was signed from Porto at the age of 19 after United had taken a long, hard look at him and decided he was worth the punt.

END_OF_DOCUMENT_TOKEN_TO_BE_REPLACED

He had already made his debut for Brazil and won a Copa America by the time he arrived at Old Trafford but United fans only ever got to see the player the scouts said he was in glimpses.

"Without being too general," Owen told SportsJOE, "he'd have that Brazilian attitude.

"He was a pretty relaxed guy. Maybe too relaxed at times.

"He loved being out there with a ball at his feet but he did not bother about weights, or anything really. Him getting back from injuries was often a slow process.

"He was a really good player but if he had that driven mentality, he could have been great." 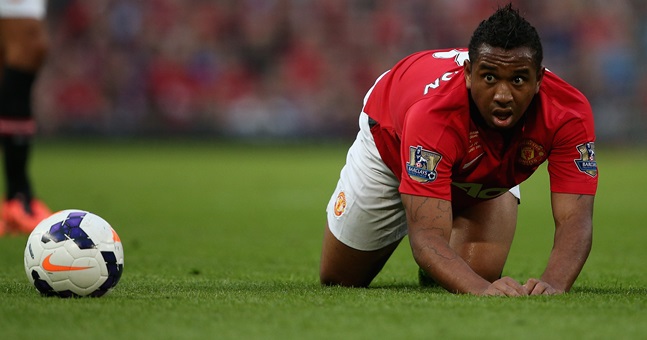 Alex Ferguson was initially tipped off about Anderson by his then assistant manager Carlos Queiroz.

The former United boss recalled in Alex Ferguson, My Autobiography:

"Carlos, through his Portuguese connections, told us there was a young lad from at Porto from Brazil called Anderson. He was 16 or 17. We kept an eye on him.

"He was in and out of the team. A game here, an appearance from the bench there. Then he played against us in the Amsterdam tournament and I resolved to act, but the following week he broke his leg.

"When his recovery was over, I sent Martin over to watch him in every game for four or five weeks. Martin said, 'Alex, he's better than Rooney!'

The Martin was Martin Ferguson, brother of the United boss. The Rooney was Wayne Rooney, one of United and England's greatest ever strikers.

END_OF_DOCUMENT_TOKEN_TO_BE_REPLACED

At the time of the glowing scouting report, Anderson was playing just off the main striker at Porto. United splashed out €30m for the Brazilian but used him more so as a centre midfielder.

He ended up played 181 times for United over eight seasons but he was rarely a fixture in the United midfield. He left the club at the age of 26 with a decent CV behind him but ended up back in Brazil a couple of years later with a lot of that potential unfulfilled.

Ferguson would go on to make more astute signings in the final years of his United career but he went one further than the Anderson pluck in 2010 when he paid €9m for a striker called Bebé who had scored four goals in 26 appearances in the Portuguese second division.


popular
Ireland vs Wales: All the big talking points, moments and player ratings
Peter O'Mahony reaction to Liam Williams scuffle shows he may finally be mellowing
Patrick Horgan addresses infamous Kieran Kingston interview after Cork beat Limerick
Matt Williams tears into media for "rubbish" written about Ross Byrne
Jamie Carragher tweets savage analysis of Joe Gomez and Joel Matip
"You know why" - Jurgen Klopp refuses to speak to Athletic journalist at press conference
Conor McGregor offers solution to Croke Park fiasco that should suit all parties
You may also like
2 days ago
Roy Keane reminds everyone of his feelings towards Newcastle United ahead of cup final against Man United
2 days ago
Even Roy Keane felt Michael Dawson went too far with his remark to Tom Heaton
3 days ago
Roy Keane says Man United's improvement is down to "energy sappers" leaving
3 days ago
Jaden Sancho can't hide his smile as Old Trafford give heartwarming reception
3 days ago
The four players offered to Man United before they decided on Marcel Sabitzer
4 days ago
Harry Maguire rejects offer from Inter Milan to fight for Man United place
Next Page