An entire back four may be needed for Manchester United, next season.

Alex Telles had an opening 45 minutes against the Gunners to forget. Four days after their 4-0 submission to Liverpool, at Anfield, Manchester United's beleaguered 'race' for a top four finish took another, early hit.

Erik Ten Hag will be taking over from Ralf Rangnick at the end of the season, but United's interim manager is hoping to step down from his role with Champions League football secured for next season.

END_OF_DOCUMENT_TOKEN_TO_BE_REPLACED

For those that have watched United closely over the past couple of months, it looks a forlorn hope.

At The Emirates Stadium, this afternoon, United were behind after on 133 seconds, with Alex Telles and Raphael Varane not covering themselves in glory.

A tame Granit Xhaka cross somehow eluded Varane and then Telles, with the ball eventually falling to Bukayo Saka. The england star's curling shot was saved by David De Gea, only for Nuno Tavares to tap in the rebound. 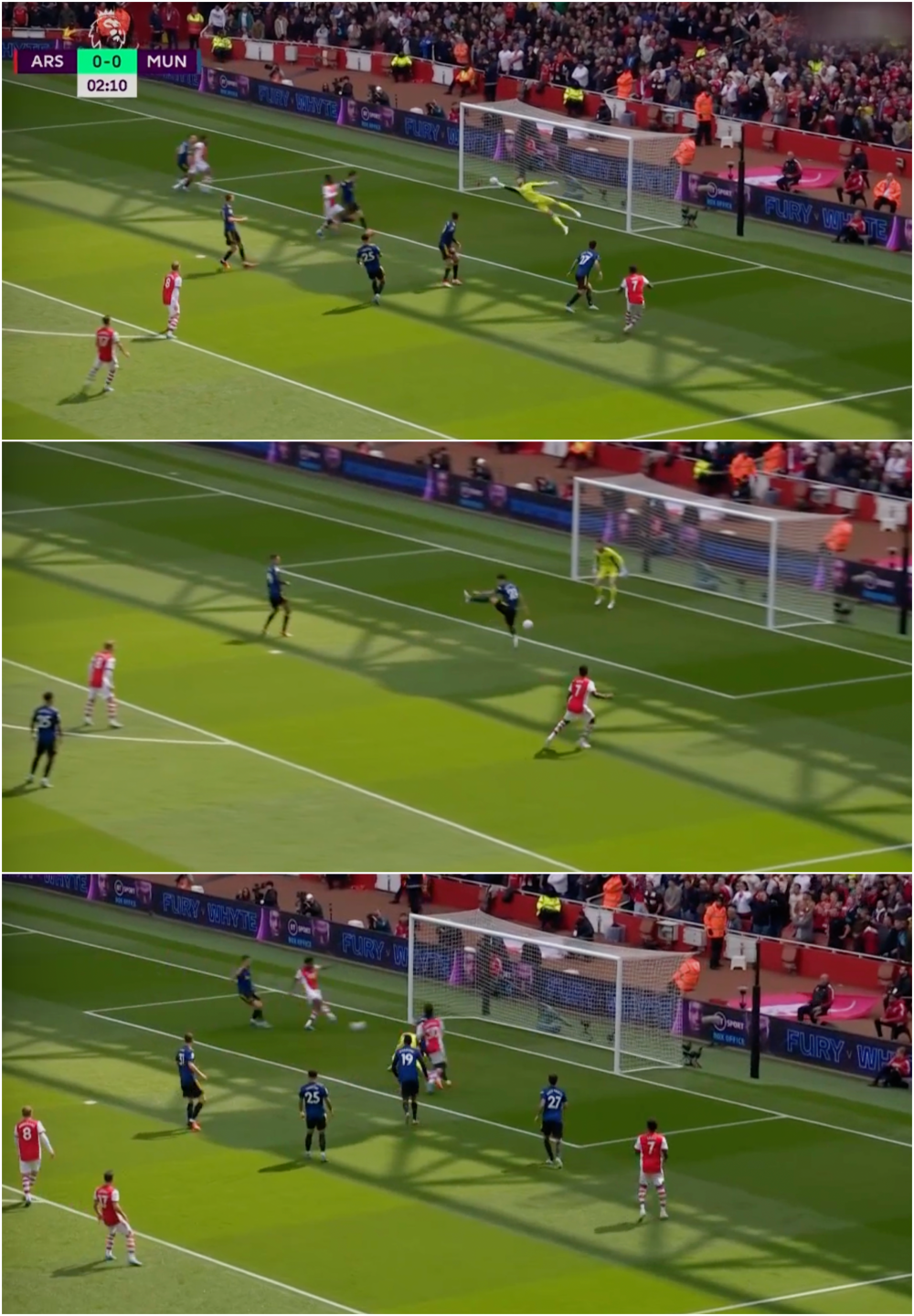 For those of you not geo-blocked from witnessing the United horror show in defence, feast your eyes. There is a link here for those in Ireland to see how it all unfolded/imploded.

Nuno Tavares tucks home the rebound to make it a nightmare start on a nightmare week for Man Utd! pic.twitter.com/aZdwwBuXOq

From bad to worse for Man United

END_OF_DOCUMENT_TOKEN_TO_BE_REPLACED

United missed great chances to equalise, through Anthony Elanga and Bruno Fernandes, while Diogo Dalot stung the Arsenal crossbar from 25 yards out.

Then, not long after De Gea had saved well from Eddie Nketiah, Arsenal had a goal ruled out for offside but, from the same passage of play, gave away a penalty - through Alex Telles - that Saka converted from the spot.

Telles was booked for his protests and the call was harsh, but his defending for the penalty was poor, again.

2-0 down and with their Champions League hopes hanging by a sliver of a fraying thread, Cristiano Ronaldo scored with a half volley from an Nemanja Matic cross.

Erik Ten Hag has plenty of problem areas to address at the club, but priority number one must be sorting out a defence that have, so far, conceded 50 league goals this season. Rangnick started the game with £86m defender, and United captain, Harry Maguire on the bench.

Arsenal added a second half goal through Granit Xhaka and they won 3-1 to go six clear of United in the league standings.