Ajax outclassed Tottenham and no-one should be surprised

Ajax recorded a 1-0 win over Tottenham Hotspur in the first leg of their Champions League semi-final on Tuesday night, registering a vital away goal that gives them a distinct advantage ahead of the return leg next week.

The match started slowly - for the first five minutes, anyway. Ajax were like a boxer eyeing up their opponent in the first round of a fight. They bobbed and weaved before appearing to come to the conclusion that they had too much for Spurs. They then effortlessly upped the pace. 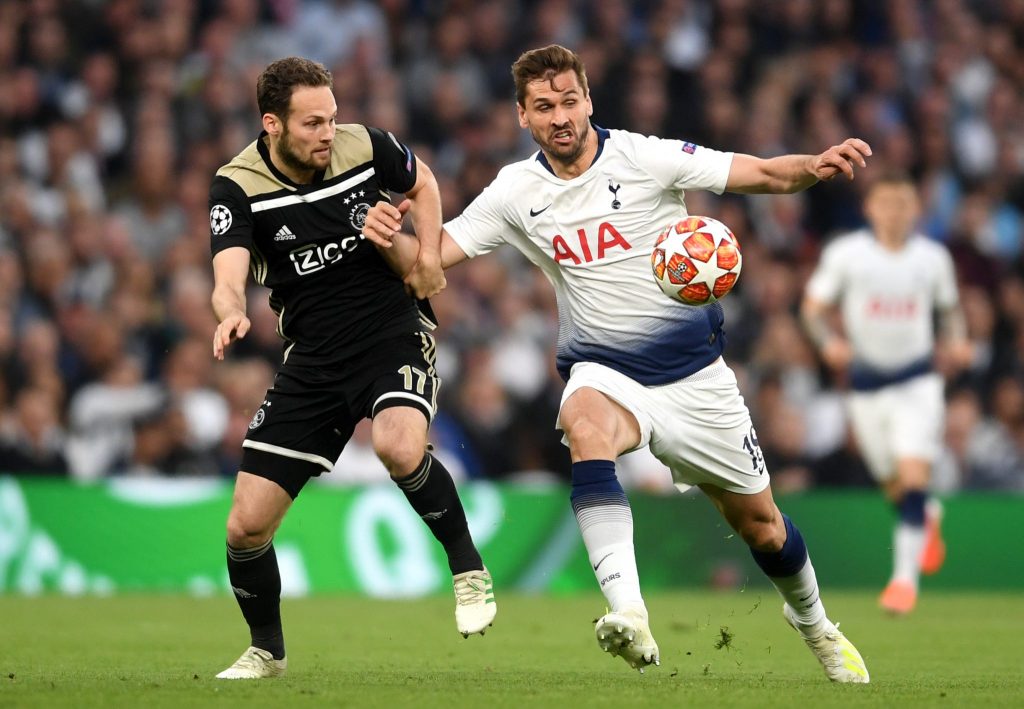 In the first 15-minutes, the Dutch champions had 71 per cent possession and four shots on Tottenham's goal. Ajax ran all over their hosts, refusing to let them settle on the ball. Donny van de Beek led the charge and won more tackles than any other player on the pitch in the first half (3). Dusan Tadic and David Neres combined down the left, evidently targeting Kieran Trippier, who had another under-par performance.

When the opening goal came 15-minutes into the game, it felt like it had long been coming. Spurs were dizzy from being dragged around the pitch by their opponent's intricate, fast-paced flowing football. After working the ball down Spurs' right-hand side, possession landed with Hakim Ziyech outside the penalty area.

Somehow, he slid the ball between the Tottenham row of five defenders to Van de Beek who composed himself before slotting it beyond Hugo Lloris from eight-yards. The Video Assistant Referee confirmed that he was onside. 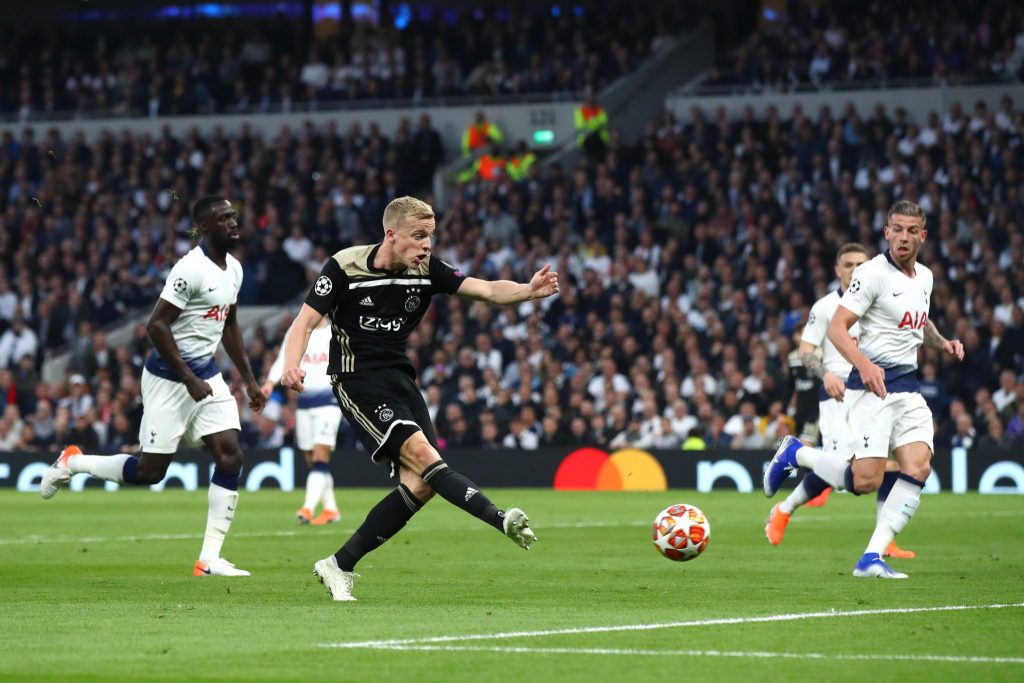 Tottenham had no response to the blur of Ajax players swarming all over them. Mauricio Pochettino's team were forced to hit the ball long to Fernando Llorente and relied on set-pieces to create any openings.

They were playing like a plucky underdog, rather than one of the richest clubs in the world at home in their billion-pound stadium against a side with a fraction of their budget.

Such a well worked goal#TottenhamAjaxpic.twitter.com/fDzldDBsbv

END_OF_DOCUMENT_TOKEN_TO_BE_REPLACED

However, Pochettino's side are made of strong stuff and raised their game in the second-half. After switching to a back-four following Jan Vertonghen's substitution after suffering a concussion, Spurs had an extra man in midfield. This helped them disrupt the Dutch team's passing game and the home side got some measure of grip on the game. With Ajax's wingers playing narrow, Tottenham also found space down the flanks and managed to create some chances.

Ajax's passing after the break wasn't as fluid, but they showed the other side of their game, battling for every loose ball and repelling their opponents as a boisterous White Hart Lane roared Spurs on. They also came the closest to scoring in the second half when Tadic squared a pass for Neres at the edge of the penalty area and the Brazilian's shot beat Lloris but hit the base of the post.

Spurs huffed and puffed and scrapped their way through the remainder of the match, but Ajax held on to record another impressive victory. Tottenham will need to score twice in the second leg next week to advance to the final. 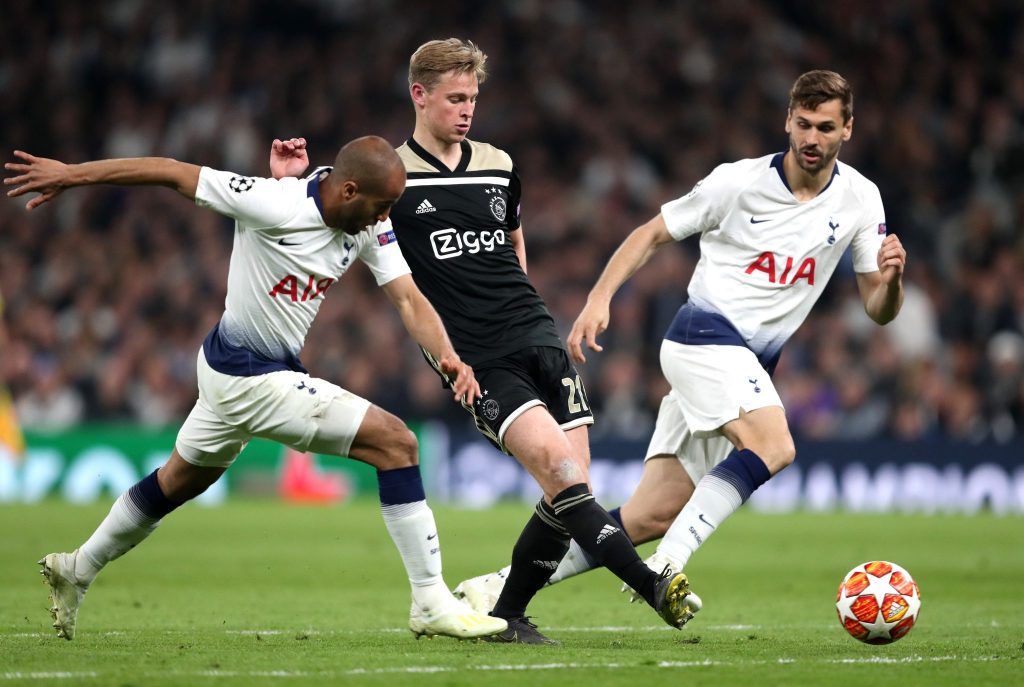 On RTE's coverage ahead of the game, two of three pundits tipped Spurs to beat Ajax. Richie Sadlier was the only one of the three studio guests to predict that Ajax would win, both Richard Dunne and Didi Hamann went for Spurs to prevail against the Dutch side.

However, the two panellists weren't the only ones to doubt Ajax's chances at claiming another high profile scalp, as bookmakers made them slight outsiders to win the game. But yet again, they showed that it doesn't pay to doubt a team that have long proved their credentials in this competition.

Ajax had beaten Real Madrid and Juventus in the Champions League already this season. So, overcoming a depleted Spurs team, missing their two best goal scorers, was never going to prove beyond them. Tottenham were simply outclassed by Ajax, and there is no shame in that.