Africa Cup of Nations on TV: Where and how to watch every game

The Africa Cup of Nations 2021 kicks off this weekend, as hosts Cameroon take on Burkina Faso in Olembe. The tournament will see a plethora of Premier League superstars represent their countries. And here is how you can watch it all on TV. 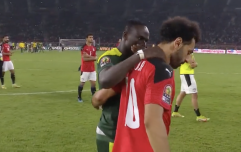 END_OF_DOCUMENT_TOKEN_TO_BE_REPLACED

Africa Cup of Nations on TV.

The tournament has been the subject of much controversy in recent weeks, with Watford the focus of a storm over blocking the release of Nigerian attacker Emmanuel Dennis, and Senegalese winger Ismaila Sarr. 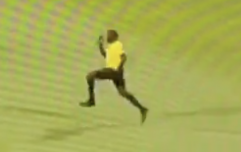 END_OF_DOCUMENT_TOKEN_TO_BE_REPLACED

Elsewhere, former West Ham forward Sebastien Haller was not impressed when asked by a journalist whether he would be prepared to stay with his club, Ajax, rather than travel to play for the Ivory Coast.

Even prior to these incidents, there was concern that this year's African Cup of Nations would even go ahead amidst ongoing Covid concerns but, fortunately, dramas aside it looks set to go ahead. 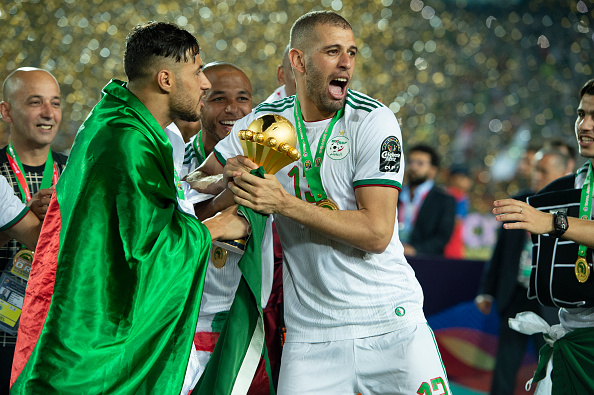 Where can I watch the Africa Cup of Nations on TV? 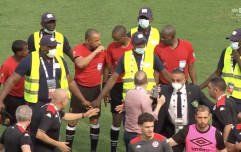 END_OF_DOCUMENT_TOKEN_TO_BE_REPLACED

Sky Sports will be broadcasting all 52 games in the tournament in the UK, with 10 games set to air on BBC, including two of the quarter-finals, both semi-finals and the final.

As always, Live Football on TV is the best place to check where games are on but to save you checking every time, Sky Sports Football is where you need to go.

With the tournament taking place at the same time as the club season continues in Europe, Sky's main event channel will be prioritising its Premier League coverage.

Africa Cup of Nations on TV: What is the tournament's schedule?

The last tournament hosted by Egypt back in 2019 was won by Algeria, with Baghdad Bounedjah scoring the only goal of the game against Senegal in the second minute.

Manchester City's own Riyad Mahrez also won goal of the tournament that year for this beauty that sent them into the final:

#RiyadMahrez wins the 2019 African Goal of the Year for his stunning free-kick for Algeria at #AFCON 🇩🇿 pic.twitter.com/g01fMIwSmD

The hosts of this year's tournament Cameroon won the trophy back in 2017 in Gabon, thanks to a late winner from Vincent Aboubakar, then of Porto, now plying his trade at Saudi club Al-Nassr.

Egypt boasts the highest number of AFCON wins, with seven trophies to their name, most recently winning it in 2010. Having the best player in the world should give them the confidence to regain the trophy this time around.


popular
"This game is going to get abandoned" - Mass brawl between Kilcoo and Burren results in six red cards
"He'll have the best seat in the house" - emotional Mageean pays tribute to late great Kiernan after the race of her life
Teddy Sheringham says Roy Keane didn't speak to him for three years at Man United
Quiz: Which player has scored more goals for Ireland?
Court hears cringeworthy poems Ryan Giggs wrote to his ex
Kylian Mbappé wants to 'dismantle Argentine Republic' at PSG
Your guide to a huge weekend of sport and how to watch it all
You may also like
7 months ago
League of Ireland star mistook AFCON call-up for LinkedIn spam message
7 months ago
Clubs granted permission to delay player release for Africa Cup of Nations
8 months ago
Jurgen Klopp responds to journalist who criticised his joke about the African Cup of Nations
9 months ago
Liverpool to hold AFCON talks in attempt to reduce player absences
5 years ago
Premier League clubs won't lose players to the Africa Cup of Nations mid-season anymore
5 years ago
Everyone's saying the same thing about Joel Matip after Cameroon reach the AFCON final
Next Page