He was trying as best he could to watch his Ps and Qs.

"I can't say too much," West Ham captain Declan Rice commented about a controversially disallowed goal against Chelsea, before going on to possibly say enough to get himself in trouble.

And then there was David Moyes...

END_OF_DOCUMENT_TOKEN_TO_BE_REPLACED

West Ham lost 2-1 to Chelsea at Stamford Bridge, this afternoon, after Ben Chilwell cancelled out Michail Antonio's opener for the Hammers and Kai Havertz got what would prove to be the winner.

In the 90th minute, it looked as though Maxwel Cornet had grabbed an equaliser for West Ham, only for referee Andrew Madley to rule it out after the VAR official told him to review the incident at the pitch-side monitor. 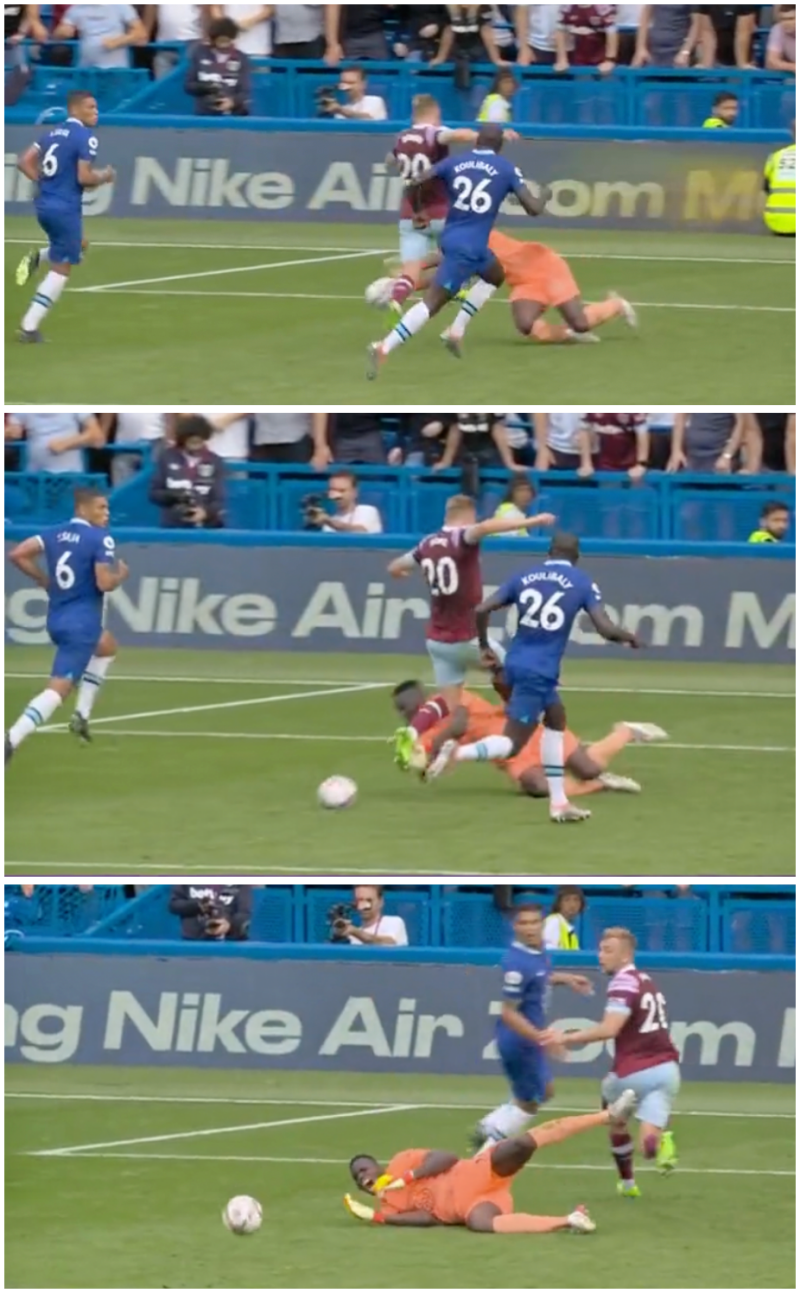 END_OF_DOCUMENT_TOKEN_TO_BE_REPLACED

With the Cornet goal ruled out, Chelsea held on to win 2-1, putting them fifth and West Ham 18th in the Premier League standings.

David Moyes angrily remonstrated with Madley and his officials, after the full-time whistle. Several West Ham players voiced their displeasure with how the game played out in the final stages, too.

"It’s gutting," Declan Rice said to the official West Ham website. "The main talking point is the disallowed goal. We have looked back at it as a team and the lads and the manager are gutted. We felt as though we could have come away with something."

In his Match of the Day interview, though, Rice went in harder. He commented:

"I can't say too much, because if I say what I think, I'll get fined. But how can you go over to the monitor and call that a foul?

"It's an absolute disgrace. The lads and the manager are gutted, and we felt like we could have come away with something. That's the summary of it."

Declan Rice and David Moyes were furious with the VAR decision that ruled out West Ham's goal at Chelsea 😡#BBCFootball pic.twitter.com/7YRgtuYMHG

That’s up there with one of the worst VAR decisions made since it’s come into the game. Shambles 😂

While Declan Rice may just about avoid a fine for the 'absolute disgrace' line, West Ham boss David Moyes could be in for a hefty one.

"It was a scandalous decision," he told the BBC. "Incredible... [Mendy] actually acts like he got a sore shoulder because he couldn't recover the ball... I don't know who sent the referee to VAR but, whoever did, they should get well looked at, as well as the referee."