In the end, it took an injury to Portsmouth's Ronan Curtis for Mick McCarthy to see the light.

McCarthy called Aaron Connolly and Derrick Williams into the Ireland senior squad on Saturday evening. The call arrived for Connolly just hours after his two goals had inspired Brighton to a 3-0 victory over Tottenham.

The Ireland boss had claimed, last month, that he was not keen on breaking up Stephen Kenny's Under 21 squad to service his own needs, but Connolly has forced his way into an elevation to the big time.

Connolly has scored three times in seven games (two starts) for Premier League side Brighton and has picked up two man-of-the-match accolades. He was in sensational form against Tottenham and became the first Irish teenager to score two goals in the English top flight since Robbie Keane in 1999. 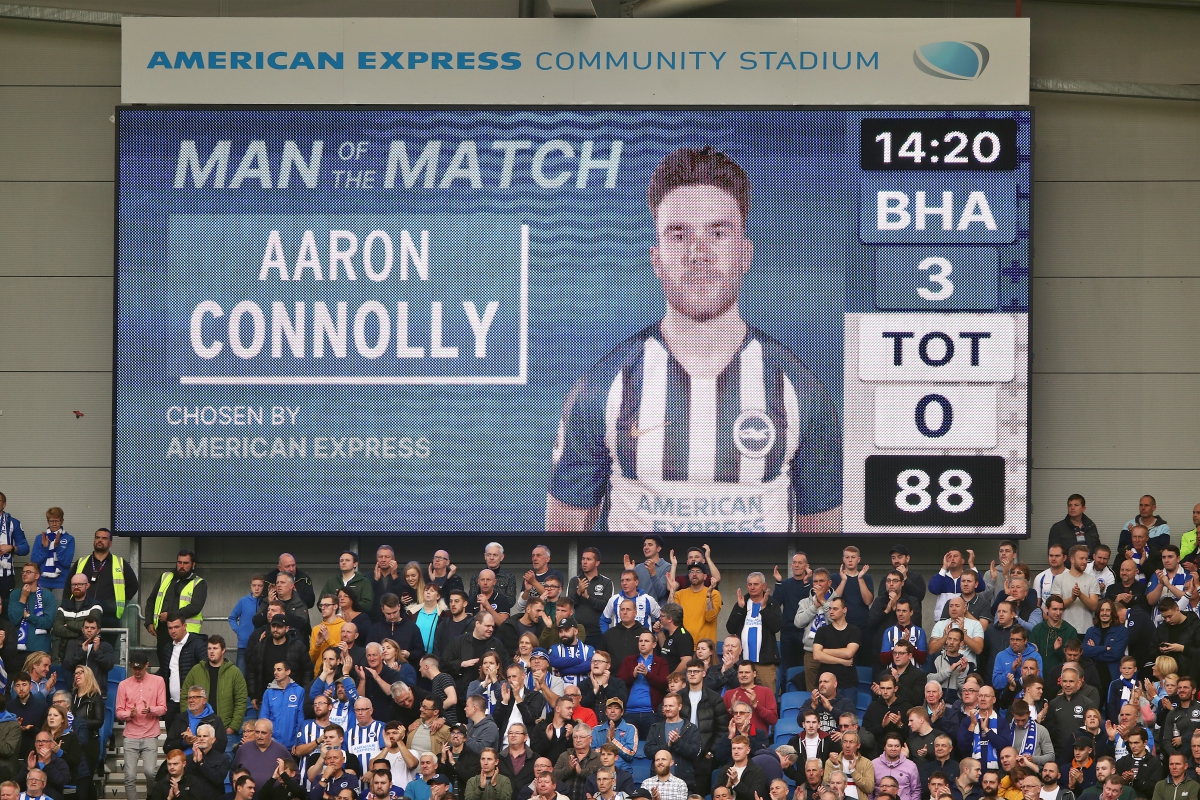 In a post-match chat with the Brighton & Hove Albion website, Connolly said:

"It made it even more special that it was at the Amex; my Dad flew over to watch this morning in the hope that I’d start, and I looked up to celebrate with him when I got the second goal.

"I’m so grateful for the hard work all my family have put in and it’s great to know I’ve made them proud.

"They’ve dropped me to training and games when I was young, and sat out in the cold watching me, so that was for them today as much as it was for me."

END_OF_DOCUMENT_TOKEN_TO_BE_REPLACED

The teenager's day was about to get better when he received a phone call from McCarthy. The Ireland boss commented, "Aaron and Derrick will join up with the squad on Sunday after injuries to Ronan Curtis, Greg Cunningham and Darragh Lenihan.

"I have spoken to Aaron and Derrick and they are looking forward to meeting up with us. Aaron enjoyed his full debut for Brighton and we have been keeping a close eye on his progress this season. Derrick was in the extended 41-man squad for these games and playing regularly for Blackburn so this is his chance now."

Connolly travels back to Ireland today to meet up with the senior squad for the first time and the squad will train here from Monday to Thursday, when they fly out to Tbilisi for their Euro 2020 qualifier against Georgia.

McCarthy's other striking options in his squad are Sean Maguire, Callum Robinson, James Collins and Scott Hogan, who scored for Stoke at the weekend. The only forward in the squad with a senior international goal is Luton Town's Collins, who netted on his debut against Bulgaria last month.

Going on form, McCarthy should promote Connolly straight into his starting XI for the games against Georgia and Switzerland. Having tortured the established likes of Toby Aldeweireld and Jan Vertonghen, on Saturday, he is ready to lead the line for his country.

popular
The SportsJOE 12 o'clock quiz | Day 288
"I did for one second think of flinging the boot at him" - Maher's journey an inspirational thing
In defeat, Jerry Kelly dies with his boots on in coming of age final display
QUIZ: You have 30 seconds to answer this one tricky football question
You'll have to be a diehard fan to get 20/20 in this Liverpool players of the 90s quiz
SportsJOE 2000s Football Quiz | Round 11
QUIZ: You'll need to be a massive Ireland fan to get all these one-cap wonders
You may also like
1 month ago
FAI investigating Ireland England video as "a matter of urgency"
2 months ago
Full player ratings as Ireland fall to another defeat in Wales
2 months ago
Matt Doherty awarded man of the match playing left back, says he has no problem playing there
2 months ago
Kevin Doyle easily sums up the difference between England and Ireland
2 months ago
Aaron Connolly ruled out of all three Ireland games along with Callum Robinson
2 months ago
Big blow for Ireland as David McGoldrick announces international retirement
Next Page